Earlier this week, ASAP Mob released “Hella Hoes”, a new group track featuring ASAP Rocky, ASAP Ferg, ASAP Nast, and ASAP Twelvy. As it turns out, Danny Brown was also set to appear on the track, but his verse was left on the cutting room. As as you might imagine, he’s not very happy about it.

“If u took time out your busy ass schedule to do a feature for somebody and they cut u off the song without telling you .. would u be hot?? Or does that mean my verse was wack?” Brown wrote on Twitter Saturday evening. “Or maybe niggas just don’t fuck wit me no more .. fuck it all this rap shit fake anyway you worry about whats in your bank account .. I worry about my metacritic score … u can’t die wit ya money but album reviews are forever.”

While it was initially unclear what track Brown was talking about, he later confirmed it was in fact “Hella Hoes” in a reply to a fan. You can read the full exchange below: 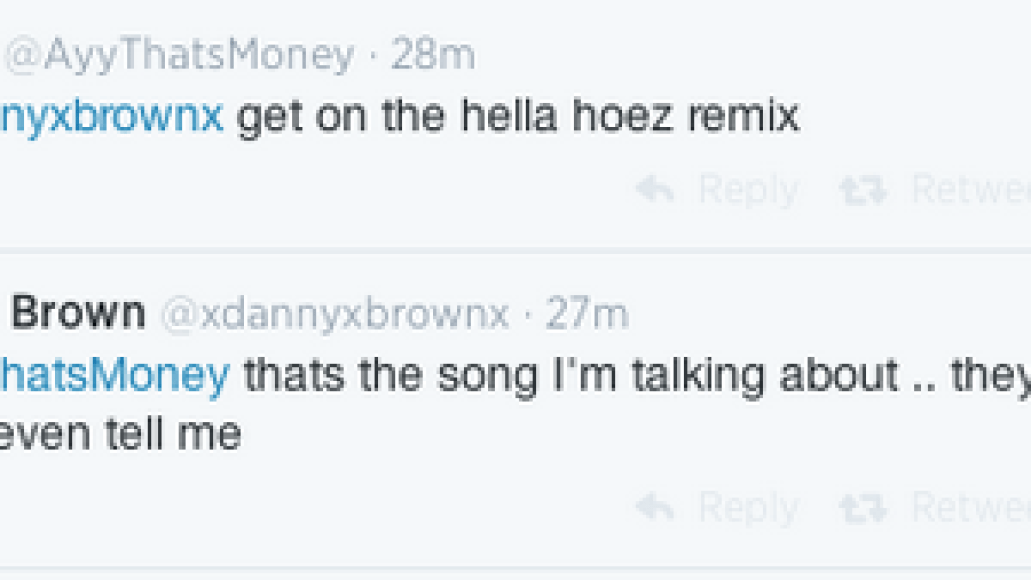 Listen to “Hella Hoes” below:

It’s certainly an interesting development, as Danny Brown and ASAP Mob leader ASAP Rocky have seemingly grown closer over the last year. Rocky contributed to a remix of Brown’s “Kush Coma”, and both rappers appeared together on Kathy Griffin’s talk show. Below, watch them interview one another for Noisey: