Ever wonder which movies inspire your favorite bands or how filmmakers work with artists to compile your favorite soundtracks? Sound to Screen is a regular feature that explores where film and music intersect. This time, Film Editor Dominick Suzanne-Mayer takes you back to a scorcher in the summer of ’89.

Nineteen eighty-nine: the number of another summer. In paraphrase, so goes Chuck D’s immortal rallying cry, and yet it feels misleading a quarter of a century out. Next week, Public Enemy’s “Fight the Power” turns 25, and you can’t talk about “Fight the Power” without talking about Spike Lee, or his masterpiece, Do the Right Thing. You literally can’t, because the song was conceived as a joint effort between Public Enemy and Lee. Setting out to find a song appropriately angry and aware of the temperature of the times, Lee sought out Public Enemy to create a song that could stand as its own character in the film. Per TIME, Lee said, “I wanted it to be defiant, I wanted it to be angry, I wanted it to be very rhythmic. I thought right away of Public Enemy.” From the start, “Fight the Power” and Do the Right Thing were part of the same zeitgeist, the same position of seeking to upset the status quo.

And it did, though as these things often do, it took some time for people to see how truly essential and radical Lee’s use of one of rap’s hottest, most polarizing groups really was. As a film, Do the Right Thing is a chronicle of both a particularly tumultuous day in the lives of the residents of New York’s Bedford-Stuyvesant neighborhood and a specific time in American history when discourses regarding systemic urban oppression were starting to reach a fevered pitch. (Lee was nothing if not prescient; the Rodney King verdict and subsequent riots followed just a few short years later.) During this time, Public Enemy were scaring the hell out of a country full of people who didn’t yet understand the immediacy of hip-hop as a cultural force and had to watch as a window was opened into a world of which they were either unaware or fearful. 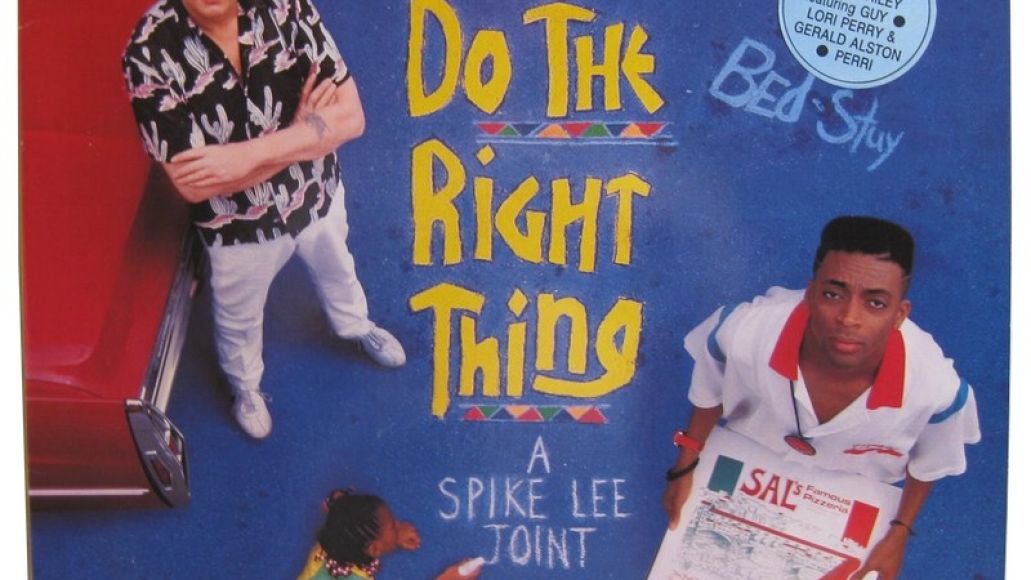 On that basis, “Fight the Power” has held up over the past 25 years as a siren song of change, misinterpreted at times in the same vein as NWA’s “Fuck Tha Police”. However, Public Enemy, and for that matter Lee, weren’t pursuing a course of violence. They were asking people to question the system. And it starts from frame one of Do the Right Thing, which opens on Rosie Perez’s famed and furious dance to “Fight the Power”. Before a single word is uttered onscreen by anybody other than Chuck D, Lee establishes his universe. It’s sweating, humid, overcome with discontent. And it’s full of pain and anger and unease, all communicated via Perez’s cathartic performance. Every move, every gyration carries purpose, her impassive face occasionally cracking under the fury of it all. 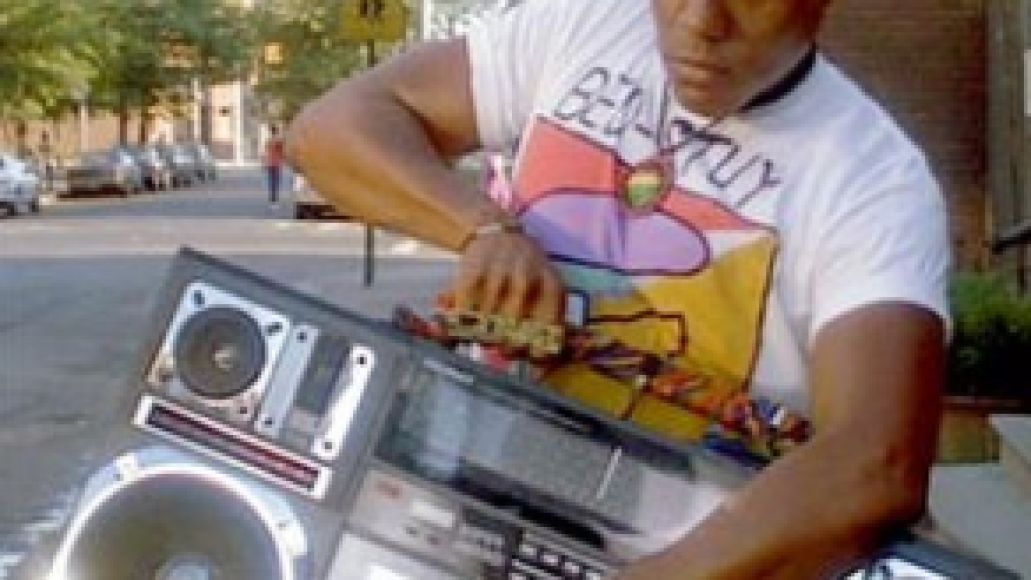 Throughout the film, “Fight the Power” serves as a sort of Greek chorus by way of Radio Raheem (Bill Nunn), a nearly silent young man whose massive, incredibly era-specific boombox follows him everywhere he goes, always imploring the residents of Bed-Stuy to fight the power. In a monologue that constitutes about 75% of Raheem’s total dialogue in the film, he uses his dual fist-wide gold rings emblazoned “Love” and “Hate” to declare his purpose:

Hate: it was with this hand that Cain iced his brother. Love: these five fingers, they go straight to the soul of man. The right hand: the hand of love. The story of life is this: static. One hand is always fighting the other hand, and the left hand is kicking much ass. I mean, it looks like the right hand, love, is finished. But hold on, stop the presses, the right hand is coming back. Yeah, he got the left hand on the ropes, now, that’s right. Ooh, it’s a devastating right and Hate is hurt, he’s down. Left hand hate KOed by love.

Raheem’s dual philosophy is Do the Right Thing in microcosm. Love and hate, understanding and ignorance, tolerance and violence in endless tension with one another. As Raheem traverses the neighborhood, even the most boisterous residents step aside for a man who (as they see it) spreads a message of love and strength. When he gets in a shouting match with Sal (Danny Aiello), the owner of Bed-Stuy’s longest-running pizzeria, over his refusal to turn off “Fight the Power”, the left hand of hate overwhelms the screen. Through all of Lee’s vignettes concerning the locals, the image of the strong, silent man spreading Public Enemy’s message of anger (not aggression, which is key) and dissent is at the heart of all things. 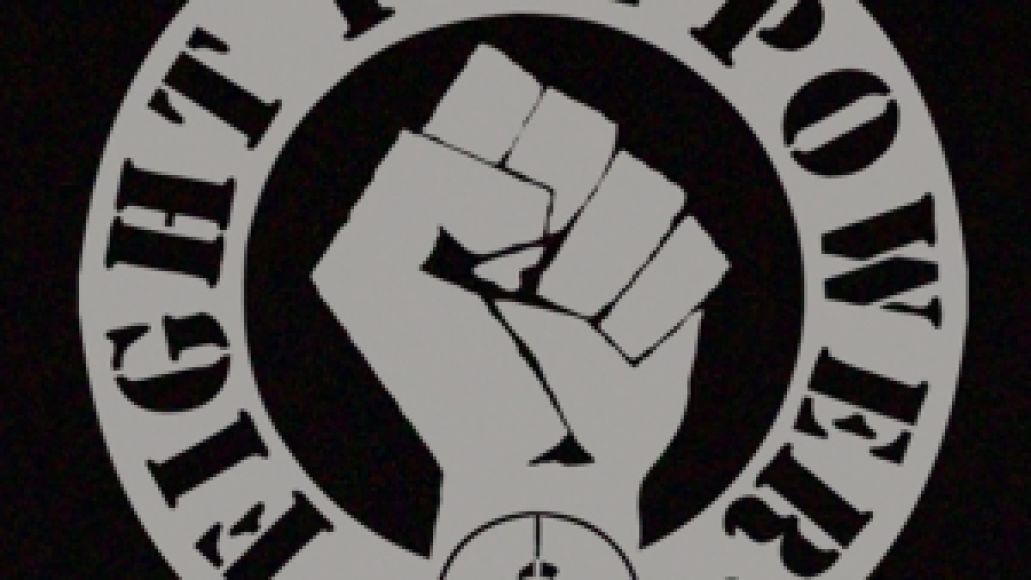 And painfully, it’s Raheem who ultimately becomes the film’s one casualty. This is one of those things that occasionally gets lost in the talk of Do the Right Thing’s violent climax: lives are altered forever, and the disharmony of the neighborhood reaches a violent pitch that claims Sal’s, but the only life taken is Raheem’s at the hands of a panicked police officer. This happens shortly after Sal takes a baseball bat to Raheem’s stereo, silencing Chuck D in an attempt to quash racial strife. It’s not shocking, then, that the following riot sees the breakdown of Raheem’s philosophy, but the next day proves him to be the film’s most prophetic figure. Bed-Stuy gets up in the morning, Sal starts cleaning up what’s left of his decimated life’s work, and the world keeps on turning.

Even the production of “Fight the Power” itself feeds into the film’s larger conversation. Under the Bomb Squad’s eye, the production splices together over a dozen samples ranging from Bob Marley to Uriah Heep to build Chuck D’s pulpit, and it’s a piece of music just as fevered and scattered as the residents of Lee’s archetypal blocks. Although “Fight the Power” is the film’s most powerful motif, Raheem’s infinite message of strife is offset by Samuel L. Jackson’s Mister Señor Love Daddy, whose cool jazz and pop tunes constitute an island of calm and solace in the midst of the day’s ever-boiling tensions. Ultimately, it’s Raheem’s left hand that wins out over Love Daddy’s offered right, but Love Daddy’s message heralds the end of the film and the start of a new day in Bed-Stuy all the same. At film’s end, neither hand has won, though both have had their say.

This is Lee’s point: the troubles depicted onscreen are unsolvable in a two-hour film. That’s the idea meant to endure long after Do the Right Thing ends. Likewise, Chuck D concludes his bars on “Fight the Power” with a message meant to hearten, rather than destroy: “Power to the people, no delay/ To make everybody see/ In order to fight the powers that be.” Much like Love Daddy will live to spin another day, Chuck D offers a different way than Love Daddy’s idealistic thirst for harmony. They’re connected even as they’re in tension with one another. 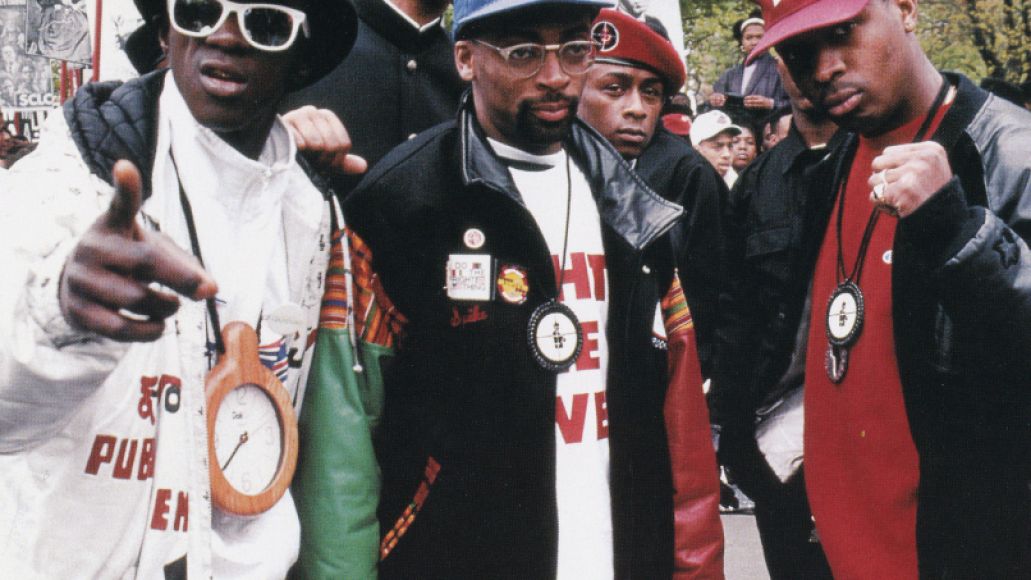 Over that summer, and in the years since, both Lee and Public Enemy would keep fighting that same battle. PE would include the track on Fear of a Black Planet a year later, and Lee still takes to Twitter on occasion to clarify the film’s intentions. Little has changed in 25 years, hate and love combating as furiously as they were then and long before as well. But Do the Right Thing, and “Fight the Power” within it, managed to do something to which all pop culture aspires. It’s a perfect chronicle of its time that matters long after that time came and went.