André 3000 has been wearing some very eye-raising outfits during OutKast’s reunion tour, which certainly appear to contain very subliminal messaging. During the duo’s last few festival performances, André has worn a black jump suit, containing a different message for each performance. “Everything is temporary”, read the one he wore at Sasquatch!, while at BottleRock, his ensemble contained the phrase, “I’ve never had f@cebook, twitter@r, or inst@gram. Meanwhile, during last night’s performance at Governors Ball, his jumpsuit asked the question, “Art or Fart?”.

That’s in addition to the “price tag” that has been hanging off the jumpsuit. At Sasquatch! and BottleRock, the price tag said “Sold Out” on one side and contained a $ sign on the other. Last night at Governors Ball, however, the tag simply said, “Sold”.

MTV speculates that André could be referencing the $60 million dollars OutKast stands to make from their reunion tour. That certainly is a reasonable conclusion, especially given André’s previous misgivings regarding a reunion Big Boi.

Since André has yet to give an interview since the reunion tour commenced, it’s unclear whether we’ll ever get an exact explanation for his getup. 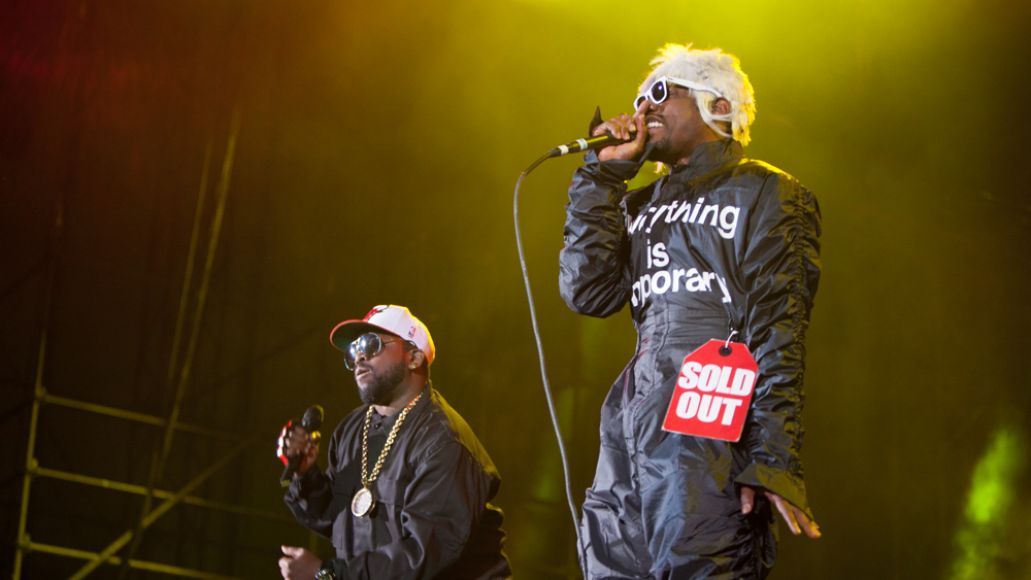 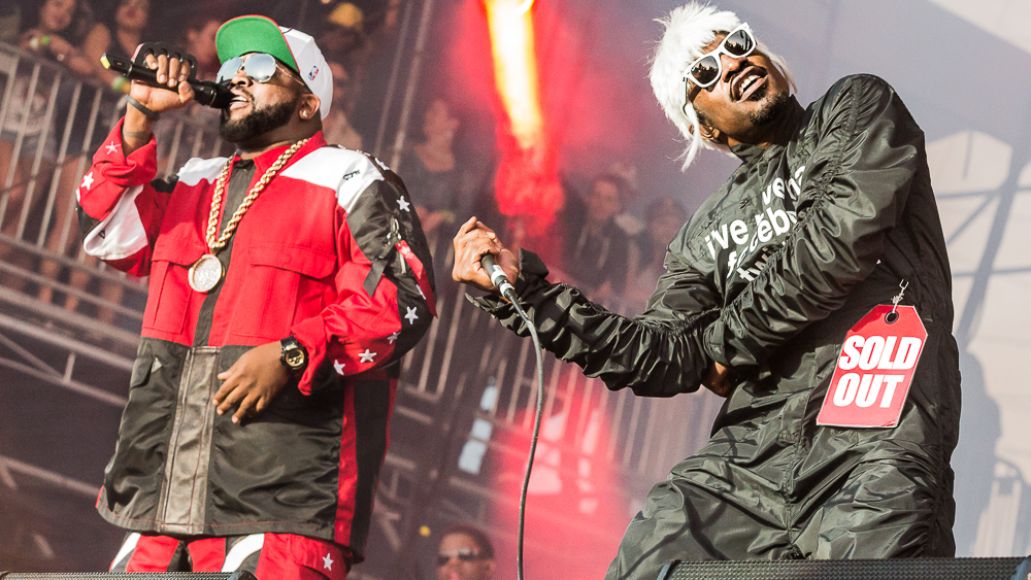 Is André 3000 trying to tell us something with his recent outfits?