In an interview last year, Disclosure’s Howard Lawrence admitted, “I love the music in the clubs we play, I just don’t necessarily love the people.” He continued, “When I was younger I just thought dance music was all shit. All of it,” he says. “Even now that I like it, I don’t really like crowds. Loads of slobbering, drunk people isn’t that fun when you’re not drunk.” Their Wednesday night set at Chicago’s Lincoln Park Zoo proved that while Howard, 20, and his older brother Guy, 23, rightfully distance themselves from the worst of EDM stereotypes, some of EDM’s worst fans have yet to distance themselves from the hot UK export. Fortunately, a small handful of assholes couldn’t take away from Disclosure’s joyous and masterful show.

The Lincoln Park Zoo show was the second installment of Disclosure’s “Wild Life” concert series, which aims to have a concert in a unique location alongside some of Disclosure’s favorite acts. The lineup also featured Brooklyn Pro Era rapper Joey Bada$$, Chicago house producer Green Velvet, aka Cajmere, and U.K.-based house musician George FitzGerald. In the Lincoln Park Zoo’s 20-plus-year history of hosting live music, there’s never been a dance act like Disclosure. In fact, never has a third party like concert promotion company React Presents rented out the entire zoo for the night. 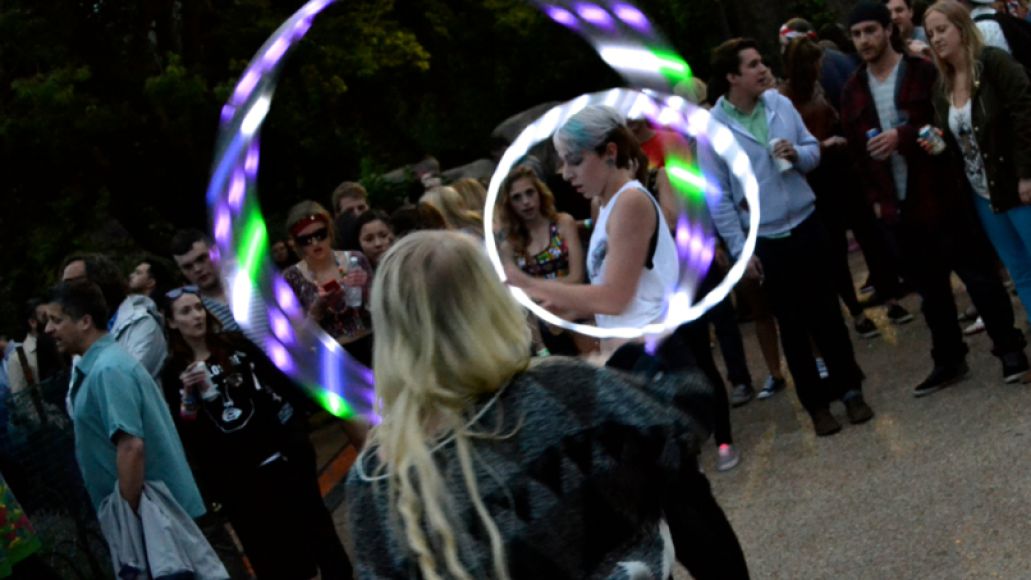 It’s genius: On paper, Disclosure and React get to host a memorable show at an atypical venue while the zoo can introduce its charms to a younger audience. Right away, this seemed to work as tickets sold out almost immediately, despite the fact that the venue was releasing nearly twice as many tickets as they usually do, from a typical 3,500 to 6,800. While I’ve never been to a show at the Lincoln Park Zoo (or any zoo come to think of it) at normal capacity, the 3,300 extra dance-loving concertgoers sure made the atmosphere a bit claustrophobic.

Of course, none of this is Disclosure’s fault or even the fault of their fans, who were mostly very pleasant. But if we ignore a select few — ahem, the fans who willfully ignored the personal spaces of other concertgoers to rush to the front, the fans who trampled garden beds to get a better view, or the fans who wouldn’t take care of their too-drunk/too-high friends — it was otherwise a phenomenal show. The reason I bring this up is that the “Wild Life” series is a great idea, and the Lincoln Park Zoo is a lovely summer venue. There’s no reason for a show like this to not work, and on the whole, it did. But, I hope that whatever property damage was done to the zoo isn’t enough for the venue to close the possibility of future dance shows. Because as a first taste of electronic music at the zoo, seeing Disclosure makes me want to see more at the venue. 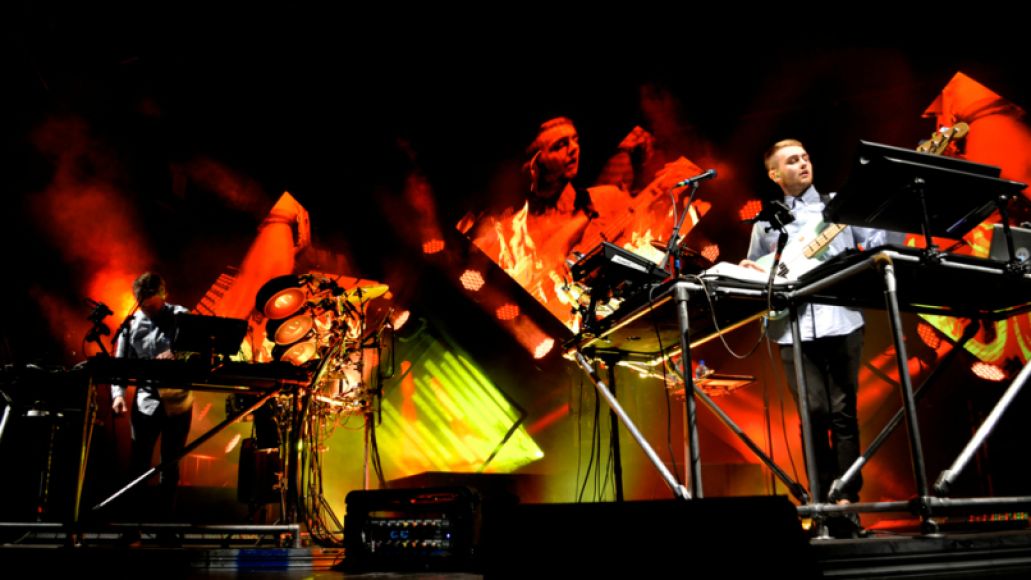 It’s hard to believe that the brothers Lawrence started making music just five years ago. For one, Settle was the best dance album of 2013 (and my personal favorite LP of that year), a remarkably seamless and fully formed record with finely tuned pop songwriting and intelligent throwbacks to ’80s and ’90s house and U.K. garage. Live, the duo is equally virtuosic. Incorporating live bass guitar and drums, the brothers replicated and enhanced Settle by not just playing a track but recreating the sounds with instruments, synth patches, and drum pads. Though they’re certainly indebted to dance music, it’s easier to think of Disclosure as a rock band, wrapping anthemic pop songs in perfect dance exercises.

Their fusion of genres is a thrill to watch unfold. The current tour’s stage setup consists of projector screens and lights, which flash the duo’s trademark face logo along with some well thought out visuals and light patterns. There are also two instrumental rigs, one which mainly consists of Guy’s drums and programmers, with the other stacked with Howard’s synths and drum pads. Given that none of Settle‘s essential guest vocalists can join them onstage each night, the duo make up for the pre-recorded vocals with adrenalized energy. Opener “F for You” topped off the night with Howard on vocals alongside a video recording of Mary J. Blige. Right from the start, the brothers would jump in tandem, feeding off the sweaty energy from the crowd. 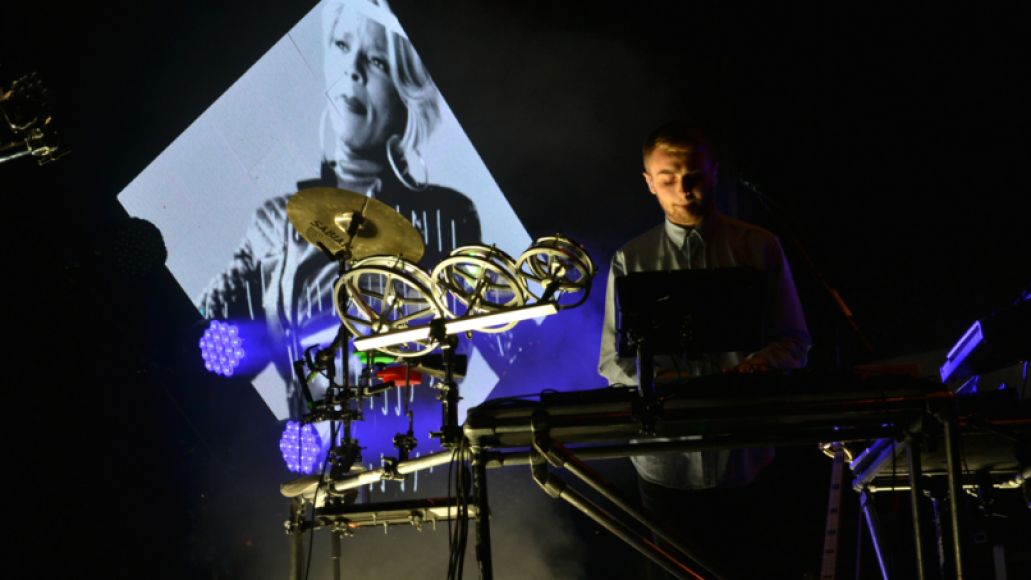 After the primal thump of “When a Fire Starts to Burn”, Guy jokingly announced, “We’re about to take a time machine to play old songs.” (All the way back to 2012, folks!) They then segued into highlights “Boiling”, “Tenderly”, and “Flow”. Besides “January”, “Second Chance”, and “Defeated No More” (which was missed), each song off Settle was played. Of those, the album’s six(!) singles received the most uproarious response, where nearly every person in attendance was either dancing, singing along, or at least bobbing their head. Overall, it was a 900minute dance party soundtracked by smart and mesmerizing music. Plus, you’d be hard pressed to find a better two-part closer than “Help Me Lose My Mind” and “Latch”.

Holding a raging dance party that brings a wealth of hormonal and intoxicated young people to a family-friendly zoo is a relatively risky move, but despite some terrible and reckless concertgoers, it paid off. If the Lincoln Park Zoo does decide to continue having dance shows — and the leopards, hyenas, and monkeys are cool with it still — future events would be an ultimately smart decision. Sure, they’d probably have to sell less tickets and hire more security, but thanks to Disclosure, the night was the most fun you could have had in Chicago on a Wednesday night. While I didn’t see many animals, I did see a couple in a lemur costume. Close enough. 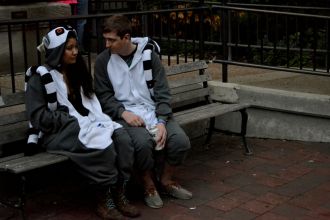 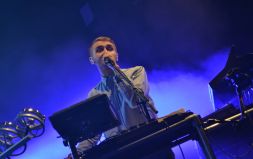 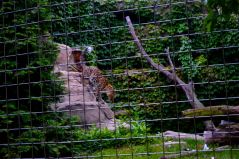 Setlist:
Intro
F for You (Mary J. Blige version)
When a Fire Stars to Burn
Boiling
Tenderly
Flow
You & Me
Stimulation
Grab Her
White Noise
Voices
What’s in Your Head
Confess to Me
Running
Help Me Lose My Mind
Latch