During Robyn’s solo set on Sunday night at the Hollywood Bowl, the best view was likely from the stage. From there, Robyn would have seen the audience swaying their arms back and forth up the steep incline of the venue, keeping to the rhythm of 2005’s “With Every Heartbeat” as the song reached its tension-deflating coda. It’s still such an interesting and perfect pop song that never “drops” like you’d expect, just builds and builds and decompresses, similar to the music Spoon was making with a rock palette around the same time. The sight at the Bowl was beautiful; seeing the people move like a wave, or a flock of birds — just something that happens through natural processes outside of us. For a few minutes, individuality was lost amongst 17,000 people, and it was a good thing.

This is the atmosphere that’s present at a lot of dance culture events presumably, but usually they’re so much younger, so much druggier, and so much more poorly dressed than at the terminally classy L.A. amphitheater. A couple next to me were mixing their own Jack and cokes, a change of pace from the abundance of wine bottles that seemed to buffer most people from sitting right next to each other. Sometimes, with the aged cheese and baguettes and assorted olives, the audience at the Bowl can disappoint, particularly for the more demanding acts. The season ticket holders are great at sitting in their boxes and respectfully watching the xx, but other shows have struggled, most already at a disadvantage with the sound hammered by the open air. But when the Bowl is into it, it’s something else. LCD Soundsystem got the crowd into it in 2010, their last visit to L.A. And last night felt similar, with most in attendance standing for Robyn’s set and for her joint set with Röyksopp, promoting their new collaborative Do It Again EP. Röyksopp played solo before that, but most were perfectly fine sitting that one out, with it still being daylight and Robyn clearly as the more beloved of the two. In return, Röyksopp’s core duo, Svein Berge and Torbjørn Brundtland, were not shy about expressing the thrill of playing the iconic venue, even though it was their second time. Their set featured a guest vocalist, Susanne Sundfor, handling parts sung by others on their albums, and ultimately felt like the opening set it was, with not much in the way of the costumes or dramatic lighting that the group trademarks.

Robyn’s solo set followed and felt equally straight-forward. However, with hits like “Call Your Girlfriend” and “Dancing on My Own”, her mini-set probably was the highlight for many in attendance, just because her popularity is more widespread than her Norwegian electronic tour mates. Someone noted that they didn’t think Robyn was actually this popular, and they’re probably right, as she doesn’t play arena shows in the States (often, at least). But, the Hollywood Bowl will draw people just for the event of it all, casual fans forking over the cash for the entire evening out, in the summer air, with the ability to bring your own food and drink. Other acts slated to headline this season aren’t normally 17,000 drawing performers either, but Neutral Milk Hotel, The Weeknd, and the Pixies, amongst many others, will all be on that same stage playing to massive audiences with the venue being a major part of the draw. For the closing collaborative set, Robyn began by putting on a weird sit-up display that was aided by some inflatable clothing (but was still kinda impressive) and seemed to be evoking a trip to the gynecologist or child birth. Of course, Robyn’s look was easy to mistaken for David Bowie, so it’s hard to say which parts were incidental associations or which were intentional. Regardless, Robyn requested no photos be taken during “Sayit” and seeing the weird display, it was for the better. The rest of the joint performance was more impressive to watch than anything earlier in the evening, with wardrobe changes and a huge laser light spectacle, making it easy to ignore the fact their material together just isn’t as strong as their work apart.

Still, a chance to hear some of these songs, including the single encore of “None of Dem”, was both a rare treat and a reminder that these artists, but particularly Robyn, are interested in much more than that which they are best known. There was no pressure to win over the huge crowd, play all the favorites, and cater to the audience at all. Both Robyn and Röyksopp stood confidently behind their work, letting it anchor the evening in a display of confidence that won over the masses. Getting the Bowl to standup, dance, sing, and become a communal setting is a rare achievement, and these Scandinavian dance artists made it look pretty easy. Setlist:
The Drug
Happy Up Here
Remind Me
What Else Is There?
Eple
This Must Be It
Senior Living
Running to the Sea
Poor Leno
Encore:
Be Mine!
Love Is Free
Set Me Free
Indestructible
Work It Out
Stars 4-Ever
Call Your Girlfriend
Dancing on My Own
With Every Heartbeat
Encore II:
Sayit
Every Little Thing
The Girl and the Robot
Monument
Do It Again
Encore III:
None of Dem 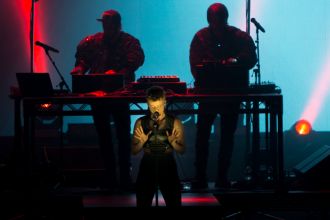 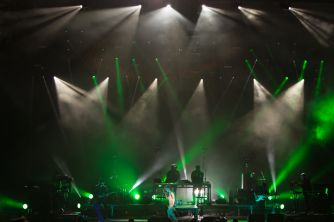 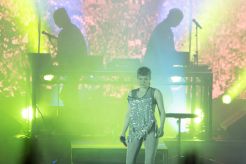 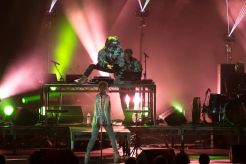 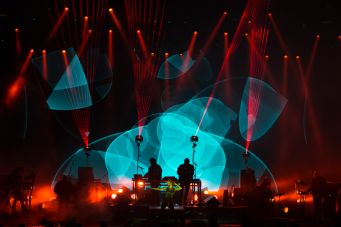 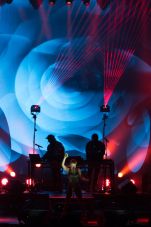 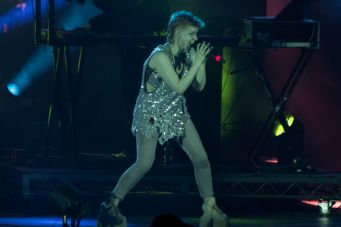 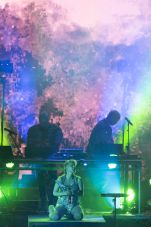 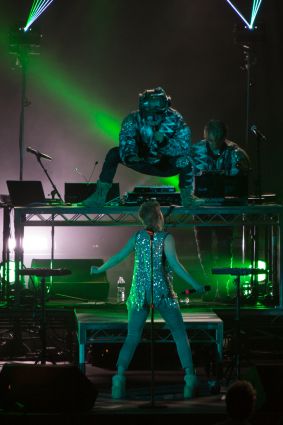 Live Review: Robyn and Röyksopp at the Hollywood Bowl (6/29)