Death Cab For Cutie, The New Pornographers, and Thurston Moore are among this year’s headlining acts. Other notable artists include Rusko, Zeds Dead, Dum Dum Girls, Pickwick, Le Butcherettes, We Are Scientists, The Airborne Toxic Event, Keys N Krates, and Half Moon Run.

General admission and VIP passes are now available through the festival’s website. 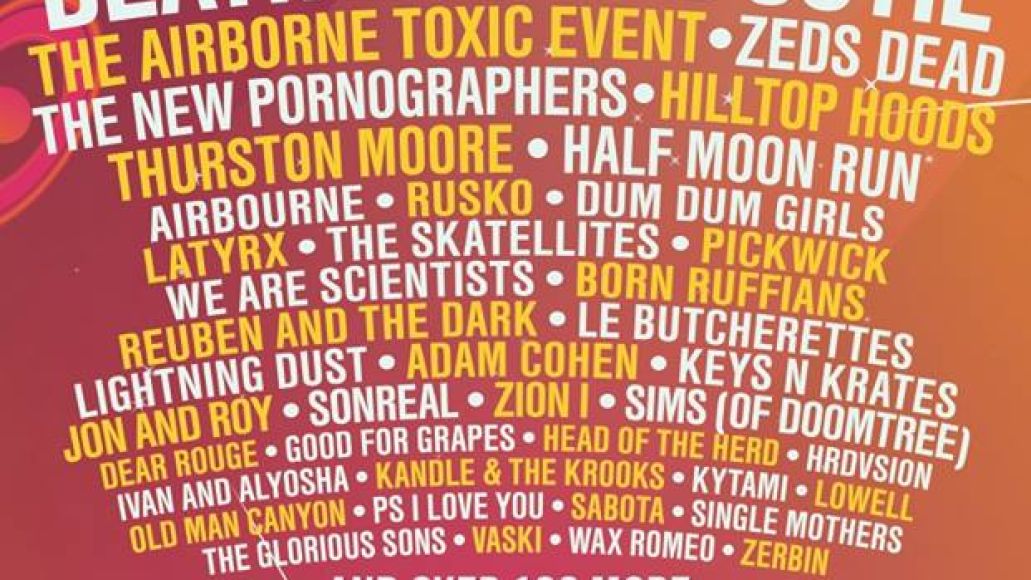