For the last few months, Weezer has been rolling out new teaser videos each and every Wednesday. With these occasionally cryptic videos, they’ve teased snippets of new music — everything from punk to metal to a much denser Pinkerton — and offered an inside look at their recording process. Finally, after weeks of these micro-sized offerings, Weezer has finally let the cat of the bag: the new album will be called Everything Will Be Alright in the End.

As Stereogum points out, Weezer revealed the title in their latest video update, which was posted earlier this afternoon. Watch the 30-second clip below.

Everything Will Be Alright in the End will be produced by Ric Ocasek and is due out sometime this year. It serves as the follow-up to their 2010 album, Hurley.

In related news, when Weezer is not churning out nerd records, they’re out on the road, performing and catching frisbees simultaneously without missing a beat. Consult their full tour schedule here. 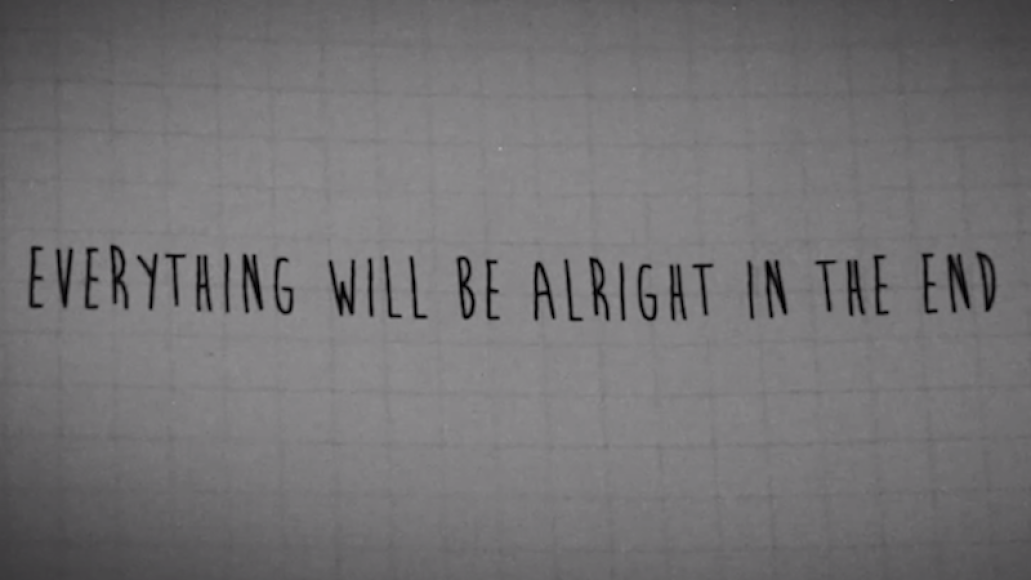 Weezer announce new album, Everything Will Be Alright In The End