Well, well, well, looks like we have a number of film buffs for readers. Last week, we asked you to submit three film composers worthy of being considered The Greatest. Your response, however, was total A-list. Despite the notable omissions of both Michael Kamen and James Horner, we were pretty floored at the collection of talent you chose to be involved in this month’s tournament bracket.

Now that the submission process is over, it’s time to start the rounds. This one will be particularly difficult. You have Ennio Morricone up against Bond freak John Barry, the great Hans Zimmer at odds with the widely celebrated Danny Elfman, and cult heroes like John Carpenter and Angelo Badalamenti duking it out towards the back line. No pressure, but it’s 12 tough match-ups to sort through and vote on, which should keep you prettay, prettay … prettay busy.

So, take the next week to pore over the talent up ahead. Naturally, we’ve made it easy for you with accompanying write-ups and song suggestions, all courtesy of our film-loving staff. And if you’re still at odds, take it easy in the comments below, where you can discuss amongst your fellow readers. After all, that’s the beauty of these tournaments; they’re all on you. 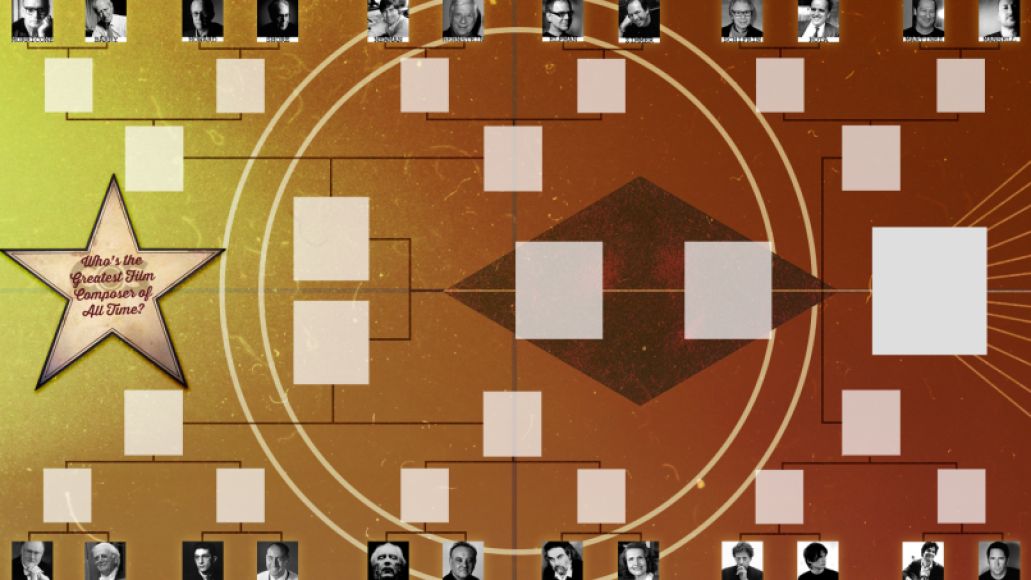 Deadline for Round One voting is next Thursday, June 19th.

Who's the Greatest Film Composer of All Time? Round One