We have a tournament, folks! Last week, we kicked off our monthly tournament in search of the Greatest Film Composer of All Time, and the first round brought some major upsets. Naturally, heavy hitters like Ennio Morricone, John Williams, and Howard Shore ran away in their respective brackets, but there were some very close calls for Nino Rota, Elmer Bernstein, and Bernard Herrman who trumped Lalo Schifrin, Thomas Newman, and Henry Mancini, respectively.

What was really crazy, though, was the near-tie between Danny Elfman and Hans Zimmer. Tim Burton’s go-to composer squeezed by with only two votes over Zimmer, which is ridiculously close and almost unfair. Still, a vote’s a vote, and we’re sad to say that Zimmer will be the one retreating to the batcave. Very sad. Sort of.

Now, it’s time for the dreaded second round, where things are about to get a little wild. Morricone vs. Shore? Williams vs. Herrmann? John Carpenter up against Vangelis? Let’s just say, we’re not envious of your position. So, with that in mind, read on and choose wisely. It’s about to get very loud. 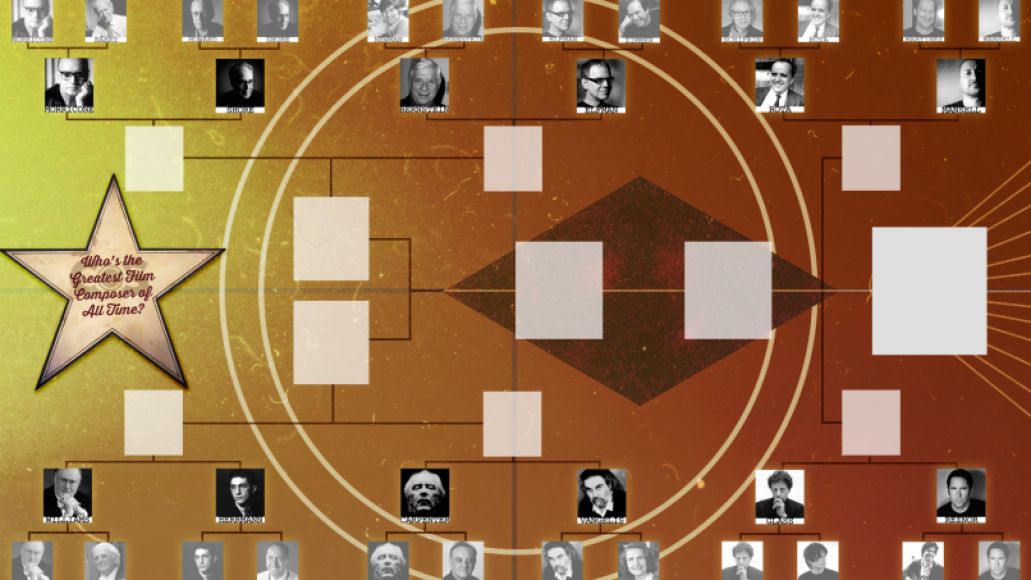 Deadline for Round Two voting is next Thursday, June 26th.

Who's the Greatest Film Composer of All Time? Round Two