Today marks the 25th anniversary of Beastie Boys’ sophomore album, Paul’s Boutique. To honor that record and the hip-hop trio’s legacy, the current owner of the New York City storefront seen on the LP’s iconic cover will have a mural made in their memory.

The painting will be located on the outside wall of Wolfnights, the sandwich shop that sits on the corner of Rivington and Ludlow — the exact intersection made famous by Paul’s Boutique and once occupied by Lee’s Sportswear. According to Rolling Stone, artist Danielle Mastrion will kick off the project tomorrow morning at 11:00am.

Update: You can see Mastrion’s finished mural below (via EV Grieve).

The mural is the latest Beastie Boys-related effort spearheaded by LeRoy McCarthy, the same man who last December launched a petition to name the Lower East Side intersection “Beastie Boys Square”. Unfortunately, the campaign was later rejected and McCarthy was banned from re-petitioning for the next five years.

While the street corner won’t technically bear the name of the legendary three-piece, a mural seems like a nice alternative and a wonderful tribute. 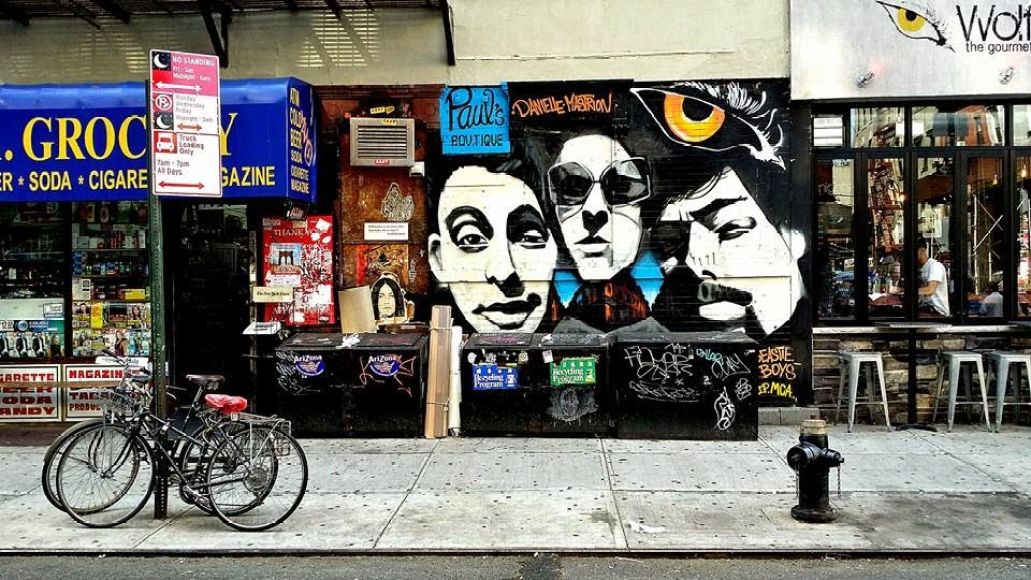