Swedish metal lords Ghost B.C. have gone to great lengths to hide the identity of its frontman Papa Emeritus II and the five “nameless ghouls” who round out its lineup. However, many have speculated Papa Emeritus II to be Tobias Forge of Swedish band Magna Carta Carte, Repugnant, and Subvision. Now, a photo from Behemoth frontman Nergal Darski has provided further proof of this being the case.

As Blabbermouth reports, Darski recently captioned an Instagram photo of he and Forge together by writing, “If you have ghosts…U have everything ;-)” a reference to a song on Ghost B.C.’s recent EP, If You Have Ghosts.

While the photo has since been removed, one of Ghost B.C.’s nameless ghouls has since commented on the photo and seemingly confirmed it to be Forge behind the mask. He told Jägermeister, “I mean, it’s… We don’t really know what to say about that except for we keep our identities as secret as we possibly can, of course, but at some point it’s bound to happen, some things that are not really optimal for us, of course. But the identity part is always gonna be, for as long as can take it, it’s gonna be a hassle in many ways, and I think we have managed to keep it below the radar, for the most part, at least.”

Fortunately for Ghost, they won’t have to worry about Darski’s exposed identity much longer. In a recent interview with Metal Hammer, one of the nameless ghouls revealed they will soon replace the current Papa Emeritus. The original Papa Emeritus was replaced in 2012. 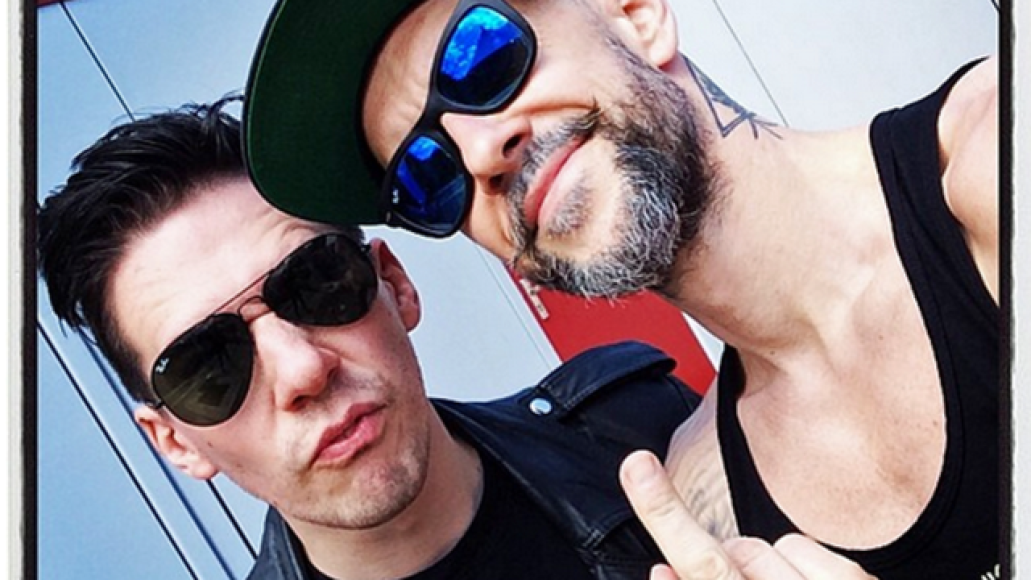 Below, watch our recent interview with one of the nameless ghouls. We discuss the band’s collaboration with Dave Grohl and what it’s like to have a hamburger named after them.