Jay Electronica had himself a very active day on Twitter today. After posting a load of pictures from backstage at Brooklyn Hip-Hop Festival, the album-less rapper went ahead and called out the entire game.

It all started when hip-hop heavyweight Karen Civil posed the question: “What do you think? Should @JayElectronica Drop His Debut Album This Year?” Jay responded:

In a series of Tweets that have since been taken down (screen shots below courtesy of Google cache), he went on to call out every artist in the business. 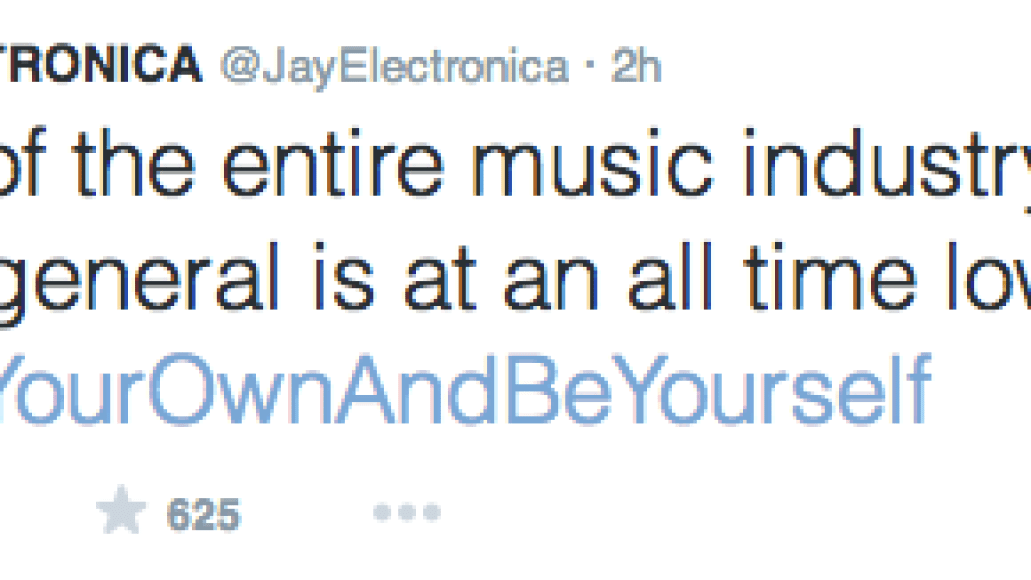 This echoes a comment he made back in March about how Kendrick Lamar “really didn’t say anything” on his infamous “Control” verse. Jay then proclaimed that his music remains relevant even without an LP because of the songs’ lyrical expressiveness. 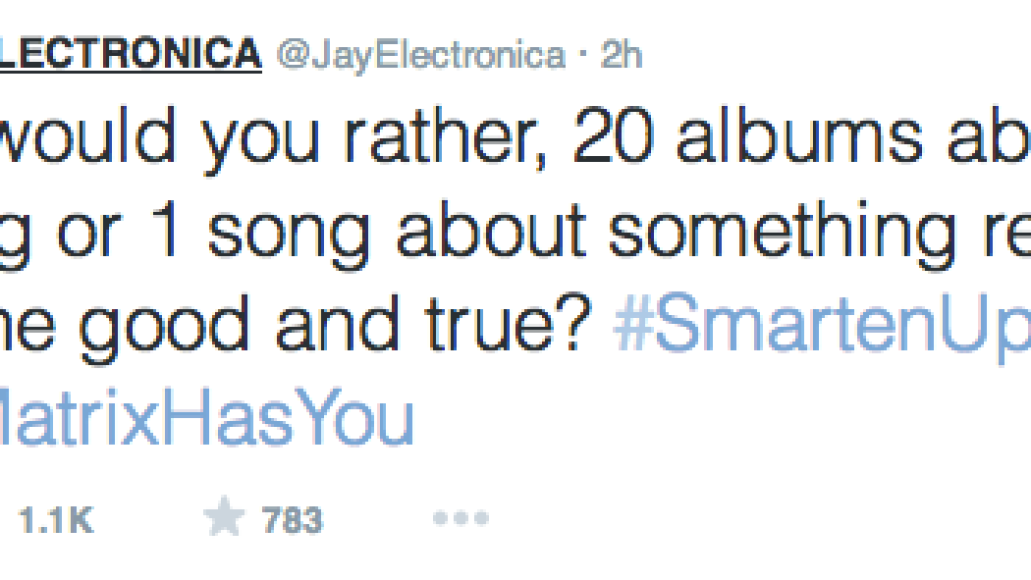 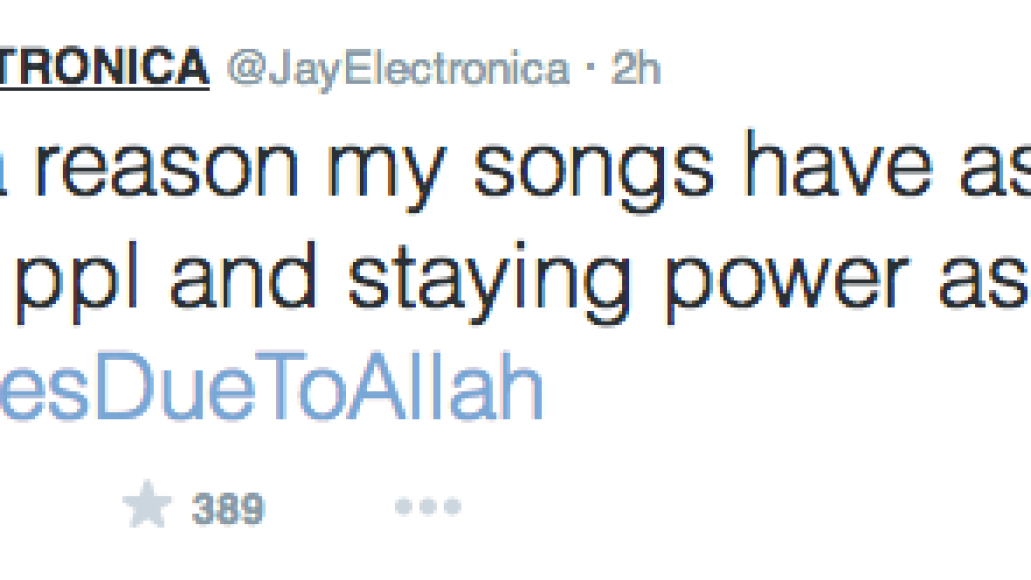 Finally, he threw down the gauntlet and put every “clown” in the hip-hop community on notice. 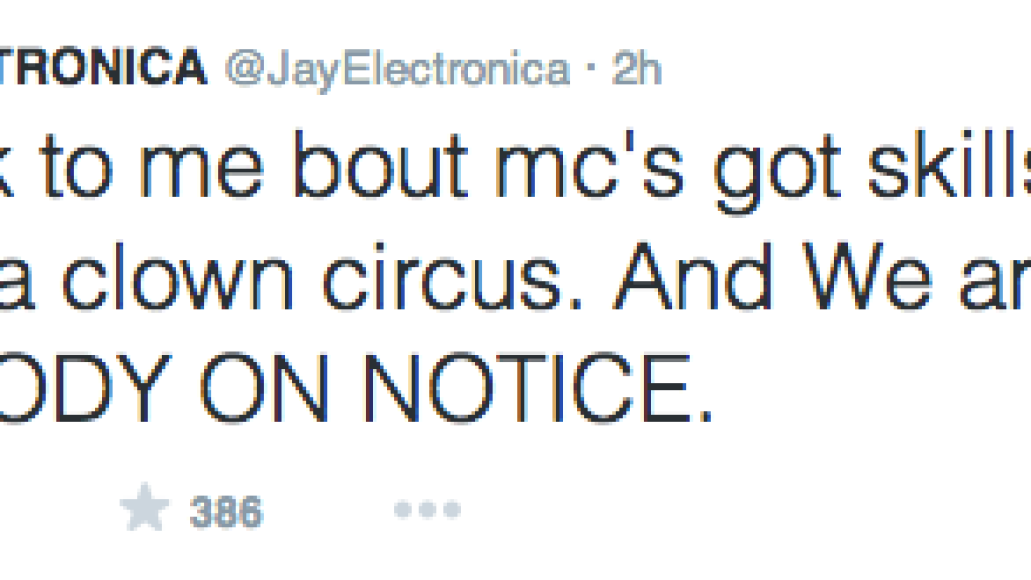 He specifically called out Drake, Kendrick Lamar, 50 Cent, and Wale.

As a send off, he warned against the ills of envy, which one assumes 97% of the music world feels towards Jay Electronica.

If Mr. Electronica’s last Twitter rampage is to be believed, that plan could finally come to fruition this year when (read: if) Act II: Patents of Nobility (The Turn) is released. Check out his latest offering from the yet-undated release, the elegant “Better In Tune With The Infinite”.

Jay Electronica, with no albums to his name, calls out every other rapper