Welcome to Shelf Life, the bi-monthly series in which Ryan Bray combs through his record collection and gets reacquainted with the lost treasures within. Last time, Ryan discussed why The Kinks are actually his preferred British Invasion band. This week, he rediscovers a bevy of punk compilations tucked away at the bottom of his shelf.


“We have everything you need.”

Full disclosure: I decided to fly blind on this entry. I headed over to the second shelf, bottom row, far right corner. The last CD of the whole ugly lot. Whatever disc I found hanging out on the bottom rung was going to be the subject of my next column. I figured if the purpose of this series was to explore and reconnect with the long-lost records of my musical past, why not follow through all the way on the mission?

It was kind of a dicey proposition. My bottom shelf is an absolute musical graveyard full of shit I haven’t played in years. There are old promos and samplers, shitty press advances, and other stuff I lost the taste for back in high school but just never got rid of. I think there might have been an MXPX record in there somewhere. But as was my luck, I got a pretty good draw. In fact, there were a few records I pulled out from the wreckage that got me thinking not only about what I used to listen to (and, in many cases, still do from time to time) but how I came about discovering it.

Compilations come in all shapes and sizes. There are big ones and small ones, comps dedicated to country, gospel, jazz, hip-hop, and pretty much every other genre you can think of. There are those that cater to music fans with the broadest of listening habits and those that are only of interest to a hyper-niche subsect of music listeners. But in the punk community, the compilation takes on a whole other level of importance. Punk comps aren’t just pieces of music; they’re a kind of gospel, or at least they used to be. Like zines, comps were a way of keeping up on what was happening in the punk scene in an era before iTunes, Spotify, and the blogosphere made new music so immediately accessible. They gave you a road map to what bands you had to check out and which ones were worth skipping. Rather than rolling the dice and paying $12 for a full album that may or may not be any good, you could get a taster’s choice of 20 or 25 bands in one sitting. 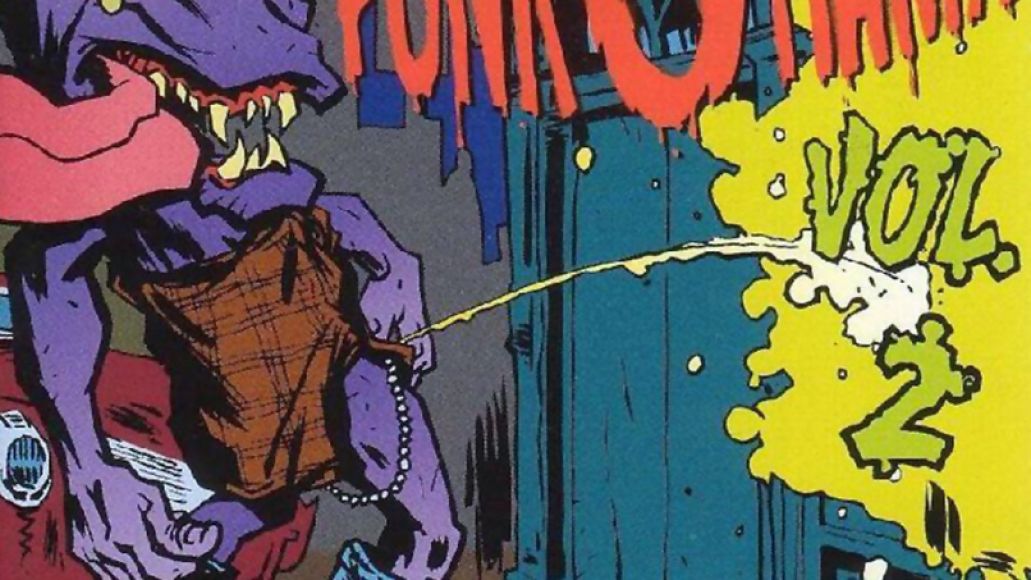 And here’s the kicker: They were cheap. I mean super fucking cheap. That’s a big deal when you’re 14 and funded by your part-time gig at McDonald’s. My buddies and I used to search high and low for good comps. We’d look for them at shows and on our regular trips to the record store. We lapped them up because for the most part they were really, really good, and they turned us on to a lot of cool shit we probably wouldn’t have known about otherwise. But they also made good economic sense. Even on the off chance that you picked one up that sucked, who cares? You only paid three bucks for it. Any way you dice it, it was a win-win.

In the mid-to-late ’90s, the cream of the punk comp crop was Epitaph Records’ ongoing Punk-O-Rama series. Every summer, like clockwork, the label would drop a new installment just in time for Warped Tour season, and as far as I can remember, they rarely missed. Epitaph was rocking and rolling circa 1995 thanks to the success of The Offspring, Rancid, and Bad Religion, but Punk-O-Rama did an amazing job of selling the label’s huge roster of grade-A punk talent that was bubbling up just beneath the surface. Volume 2, released (I think) in 1996, gave me a proper introduction to Pennywise and NOFX, two bands who would help provide the soundtrack for a big part of my high school years. But that was just the tip of the iceberg. Just thinking off the top of my head, Punk-O-Rama Vol. 2 schooled me in the ways of TSOL, Pulley, Millencolin, Down by Law, Me First and the Gimme Gimmes, and New Bomb Turks, to name just a few. Of that short list, I probably still listen to two or three of those bands on a semi-regular basis. Not bad seeing as it’s been almost 20 years since my first listen. I hung in there through volumes three, four, and five before checking out, but those comps pretty much showed me the way.

At the same time, miles north of Los Angeles in San Francisco, Fat Wreck Chords was doing the same damn thing on the super cheap comp tip. Next to Epitaph, Fat was the other pop punk label of good standing in the mid-’90s, home to such powerhouses as No Use for a Name, Lagwagon, Strung Out, Good Riddance, and, of course, NOFX, whose frontman, “Fat” Mike Burkett, ran the show. Like Punk-O-Rama did for Epitaph, Fat comps like Survival of the Fattest and Fat Music for Fat People let you in on everything that was going down on the reputable East Bay label. I didn’t know what McCarthyism was at 15, but that didn’t keep me from getting into Propaghandi. The Fat comps were reliable. They all featured the same bands, and each one added a few new players that were cut from the same snotty, pop punk cloth. You knew what you were getting, and it cost you next to nothing.

But occasionally the label broke from tradition with interesting results. In 1999, the label released Short Music for Short People. Less an honest to goodness compilation and more of a ridiculous exercise, the record stuffed 101 songs from 101 bands onto one disc. The catch? None of the songs broke the :30 mark. I found my battered copy sitting next to my Punk-O-Rama discs, so I gave it another spin. As gimmicky as it is, it’s still a lot of stupid fun. There’s a song by a band called Dogpiss. H20 sang a song about Brett Gurewitz going on a kill-crazy rampage in the studio. GWAR offered up a catchy little number called “Fishfuck”. Then there was that Blink-182 song were they made liberal use of the seven dirty words. Four bucks y’all.

While Epitaph and Fat pretty much had the pop punk market staked out, any discussion of mid-to-late ’90s punk rock compilation series wouldn’t be complete without making mention of Hellcat Records. A late entry into the game, Hellcat was started up by Rancid’s Tim Armstrong as a sister label to Epitaph in 1997. While many Epitaph bands flirted with crossover success and still others (including Armstrong himself) sold millions of records, Hellcat was a vanity label that catered to more purist fans of punk and ska music. Simply put, the words punk and ska alone didn’t cut it on the Hellcat roster. They were too vague. Hellcat bands weren’t punk. They were Oi!, street punk, or ”77. There were no ska bands, but there were plenty of soul ska and rocksteady outfits. Armstrong had a clear vision for what he wanted his label to be, and he had an eye and ear for finding the bands to build up his empire. 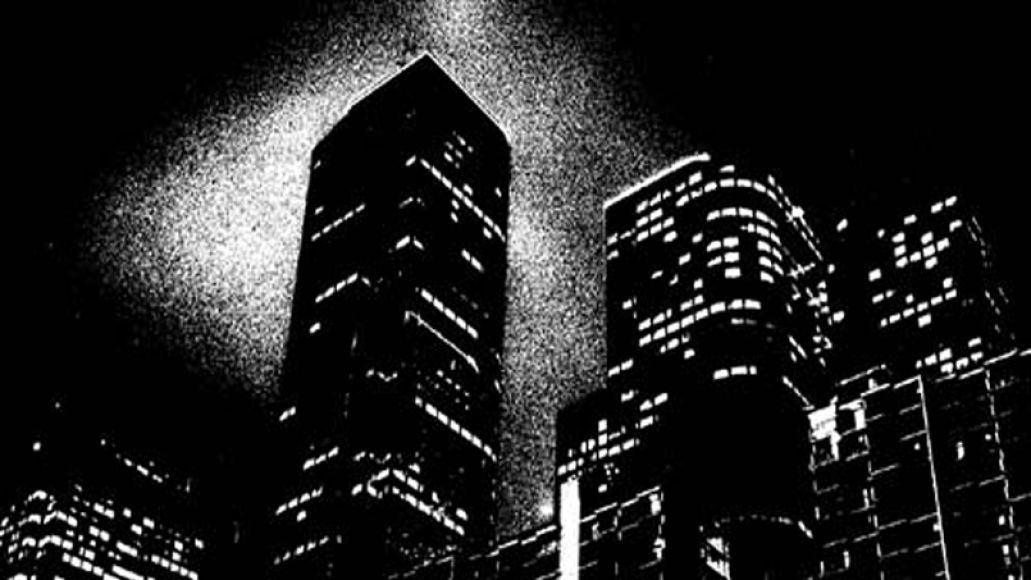 He introduced Hellcat to the world via Give ‘Em the Boot, the first installment of which might very well go down as my favorite comp of all time. It’s pure fire, and there’s hardly a false note to be found. It starts off with “The Brothels”, which has scaled the ranks to become one of my all-time favorite Rancid songs over the years, and it doesn’t let up. There are groovy ska numbers courtesy of The Slackers, Pietasters, Hepcat, and the Dave Hillyard Rocksteady 7. There’s hard-boiled, working-class street punk from the Dropkick Murphys, Pressure Point, and The Business. There’s California-splashed, ’77-style scum punk from the US Bombs, blistering ska punk from Choking Victim, and even some bilingual flavor from East LA punks Union 13, who do a nasty Spanish take on Rancid’s “Roots Radicals”. It kind of had it all, and like the Epitaph and Fat comps before it, the Give ‘Em the Boot comps helped build my decidedly underground musical foundation.

Of course, this is just a small sample of the kind of stuff that was kicking around back in the day, but there were a lot more where these came from. Victory Records put out some great stuff, and I was kind of sad to find out that I had at some point gotten rid of my This Is Boston, Not LA comp from years ago. They were then, and still are now, a fun listen, and it’s amazing to think in retrospect how much of the stuff I continue to listen to today came to me through these records I found in the cheap bin at Newbury Comics. It might be time to move these gems up to higher ground.

Punk Compilations Have Everything You Need