Considering how it’s become such a classic in the annals of music videos, the clip for Nirvana’s “Smells Like Teen Spirit” is remarkably simple. It’s a school pep rally with a bunch of grungy, disinterested students watching the band thrash out, ending in a giant display of moshing destruction. Straight-forward as it is, director Samuel Bayer still needed to fill those bleachers, and the below casting call sheet is how he did it (via All That Is Interesting).

The call went out for 18 to 25-year-old fans of Nirvana to “adapt a high-school personna [sic], i.e., preppy, punk, nerd, jock…” They were told to show up at GMT Studios’ Stage 6 in Culver City, CA on Saturday, August 17th at 11:30 A.M. As legend has it, those preppies and jocks were forced to sit through countless replays of the song, making their boredom very real. Of course, so was the chaos; Once Kurt Cobain convinced Bayer to let them release some energy after a long afternoon by having a good mosh, the extras took out their frustration on the set and equipment. 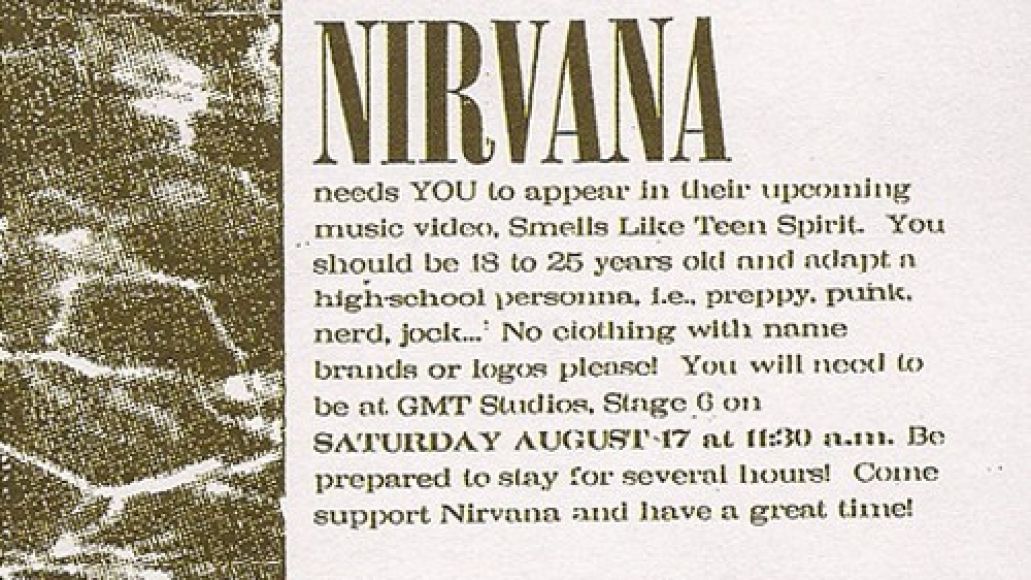 So would you have sat through an afternoon filled with listening to “Smells Like Teen Spirit” a thousand odd times just to be in this video? Yeah, us too. Watch the classic clip below.