Senior Staff Writer Derek Staples returns to discuss the ever-evolving market and culture behind EDM. This time around, however, he’s gone ahead and expanded his column to be something akin to an online zine, featuring op-editorials, investigative reporting, guides, track selections/reviews, and interviews. Don’t wait for it, read ahead now: The Drop.

The joy and horror of music discovery is that no matter how far you dig, there is always more to uncover. With almost zero barrier to entry and endless sonic possibilities, any given day in the electronic music realm offers up unimaginable numbers of tracks to score one’s own existence. From the moody and melodramatic to mindlessly uplifting, there are nearly as many genres as there are reasons to need them.

The following begins to examine that range, including a look at Chicago’s newest underground dance music event, an enlightening dialogue with the man behind the often-jarring artistry of patten, and a collaborative look at what has kept bodies moving during the first half of 2014. But think of this more as a discussion about what drives this amorphous community, so we encourage everyone to share their current faves, personal mixes, what has yet to be unearthed, and the live sets that we just can’t miss. 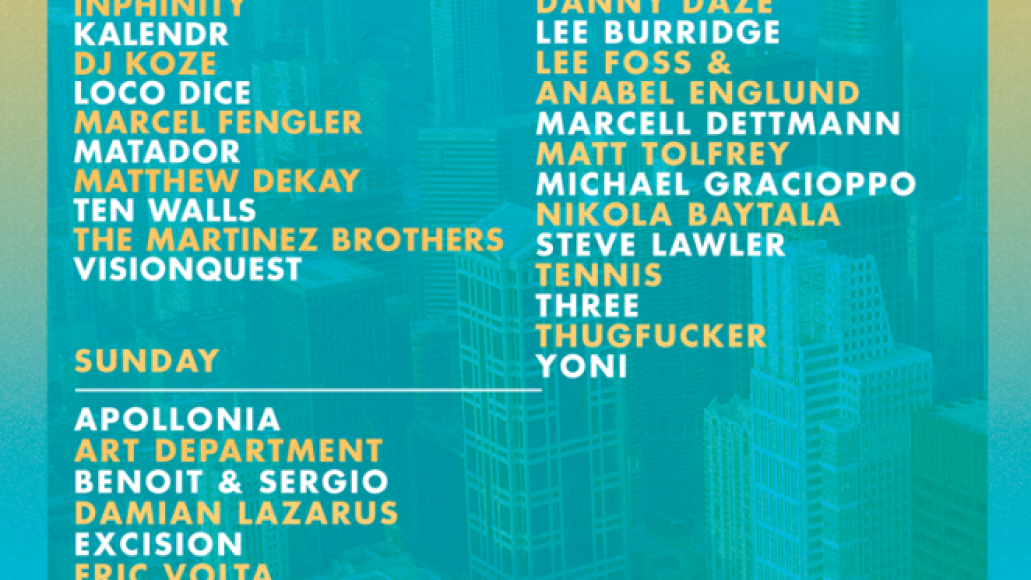 As Perry’s stage has grown at Chicago’s Lollapalooza, so has the city’s dance music scene. The birthplace of house music, countless weeklies, and home to an ever-rotating cast of college students and young professions, the 312 has once again established itself as a mecca of dance music. Capitalizing on this continued surge, beats can now be heard nearly every weekend emanating from the city’s many block parties and escalating number of electronic-focused music festivals.

With the Fourth of July weekend now unoccupied (due to the recent postponement of the third annual Wavefront) Midwest house-heads have been introduced to another three-day groove celebration, Riverwest Music Festival. Right from year one, the team behind Riverwest have avoided the trappings of EDM’s massive names and went deep to attract revelers from the Midwest’s fervent underground.

“We really want people to listen with an open mind and try to enjoy something outside of their comfort zone,” affirms Riverwest’s Joe Calderone. “If you’re showing up for Excision, perhaps stop to groove to Jamie Jones, If you’re waiting for Loco Dice to take over, Bob Moses with some live instrumentation is the perfect way to pass the time. There’s a method to our madness and we’re confident it’ll pay off for the attendees.”

While much of the lineup resonates with the four-to-the-floor of the city’s dance music infancy, Riverwest’s curators have made it a point of pride to educate the new EDM masses on under-represented talent — the producers not normally scheduled across the numerous Insomniac events or the city’s own North Coast and Spring Awakening. “If it wasn’t for the Chicago house movement no electronic music would be where it’s at today,” quips Calderone. “Our lineup is curated in a way that we think is a bit under-represented at festivals and other events so the younger generations haven’t even been exposed to much of it yet. We’re hoping everyone comes in with an open mind and finds something new to enjoy— both the older house heads and the new EDM crowd.”

In this spirit, we have taken the time to scour the event’s 43 hand-plucked producers/DJs to suggest a few artists that deserve your attention, and rotation in that sultry summer mixtape. 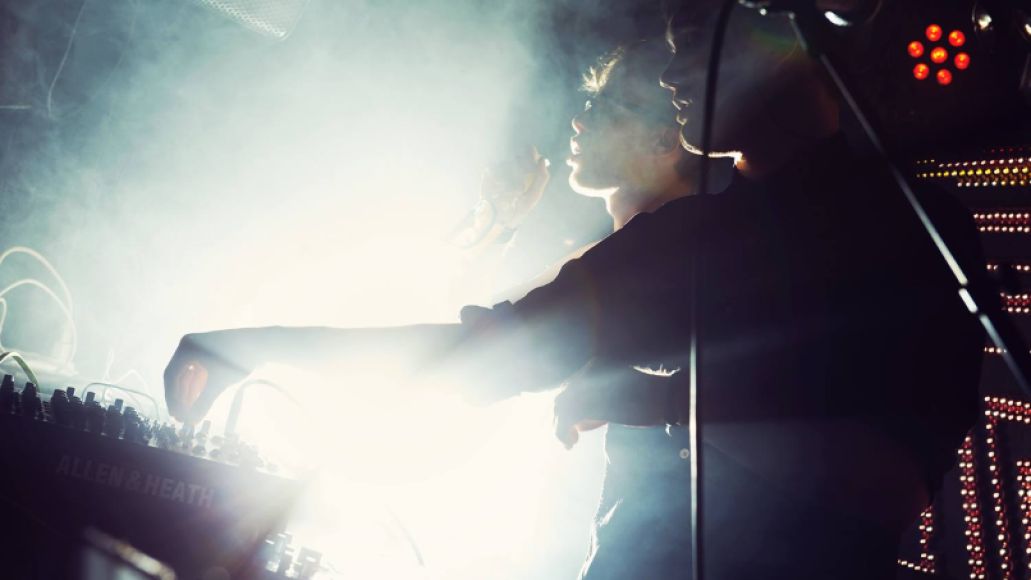 Comprised of Toronto-born, New York-bonded producers Jimmy Vallance and Tom Howie, Bob Moses bring the soul and energy of a live show to the club setting. On darker, more brooding side of house music, the lingering melodies offer contrast to the weekend’s rump shaking cuts. Intermittently utilizing live guitars, their blues-y side is nearly fit for a set at Buddy Guy’s. 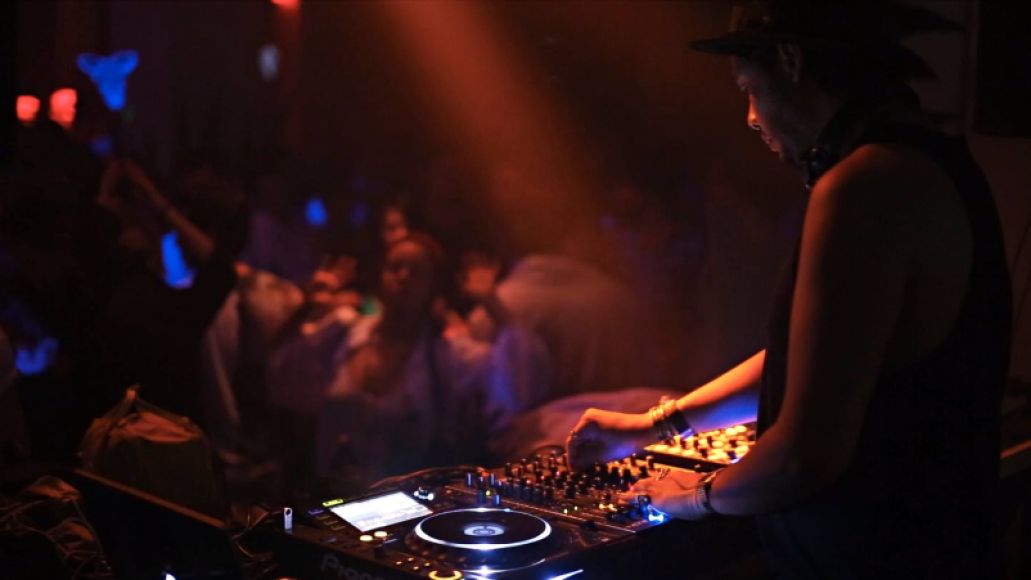 Hailing from Berlin, but regularly spinning at Toronto-based No. 19’s Social Experiments, Eric Volta explores the more tranquil, often wonky, aspects of underground techno music. His sets are not of the build-drop-repeat variety, slowing pulling an audience into an intricate web of deep basslines, shimmy hi-hats and often stripped bare melodies that creep into the furthest depths of his crowd’s soul. 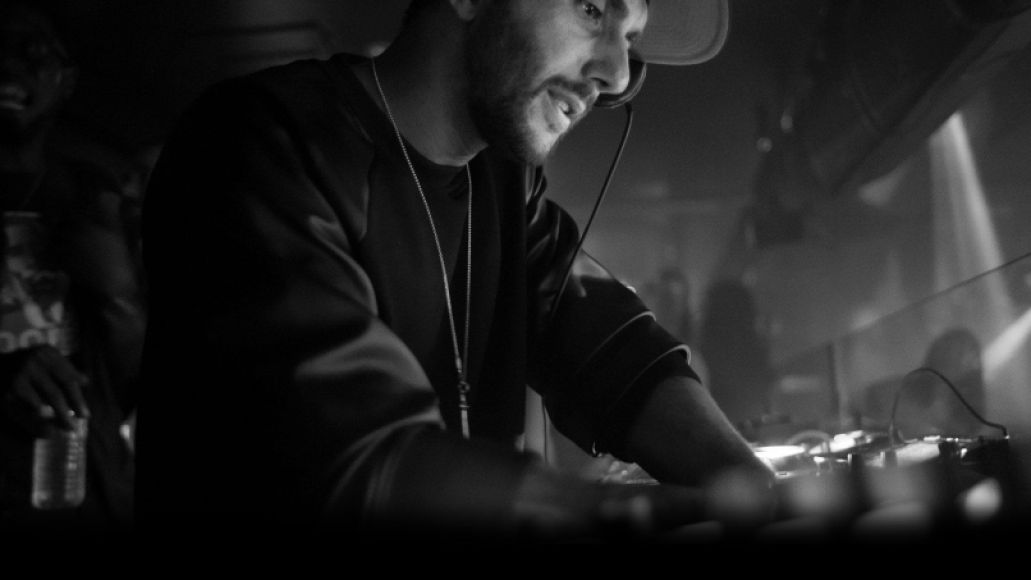 Dubbed by many across the pond as “UK’s next house megastar”, Hot Since 82 is quickly climbing the international DJ ranks. The Leeds-native hasn’t made the move by playing by the normal rules; consistently taking risks with his remixes and extended sets. Not many of his peers would dare edit David Lynch for the dancefloor. 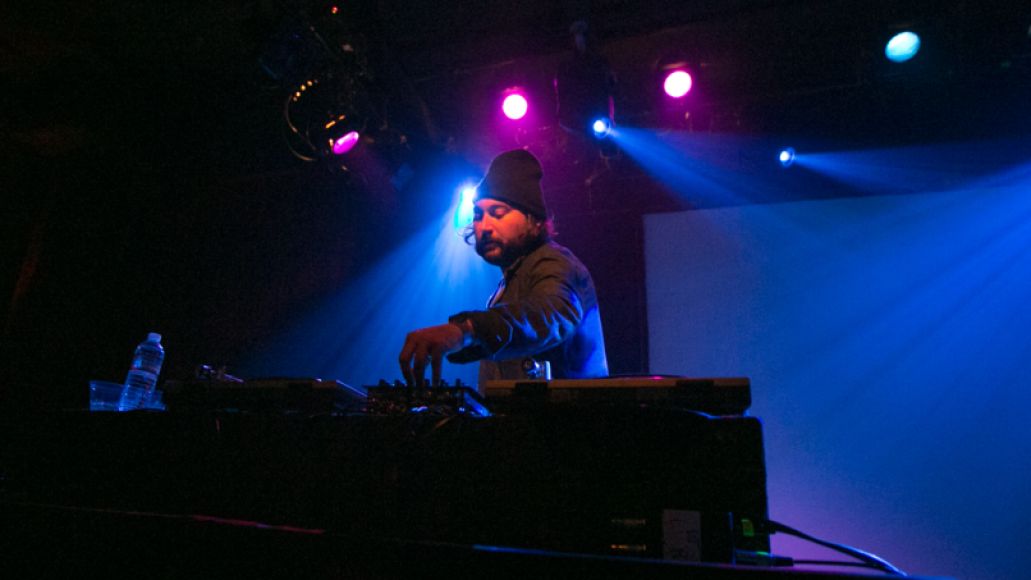 Although working on the upper echelons of techno and house for the last 20 years, San Francisco’s Nikola Baytala has remained largely off the radar. Akin to Richie Hawtin, Baytala is a master of the layered mix — slowing removing and adding subtle characteristics to his sets until the one-of-blips disappear from the club only to reappear as a tingle from the nape to the tailbone. Grab some shades, because this is best in the dark! 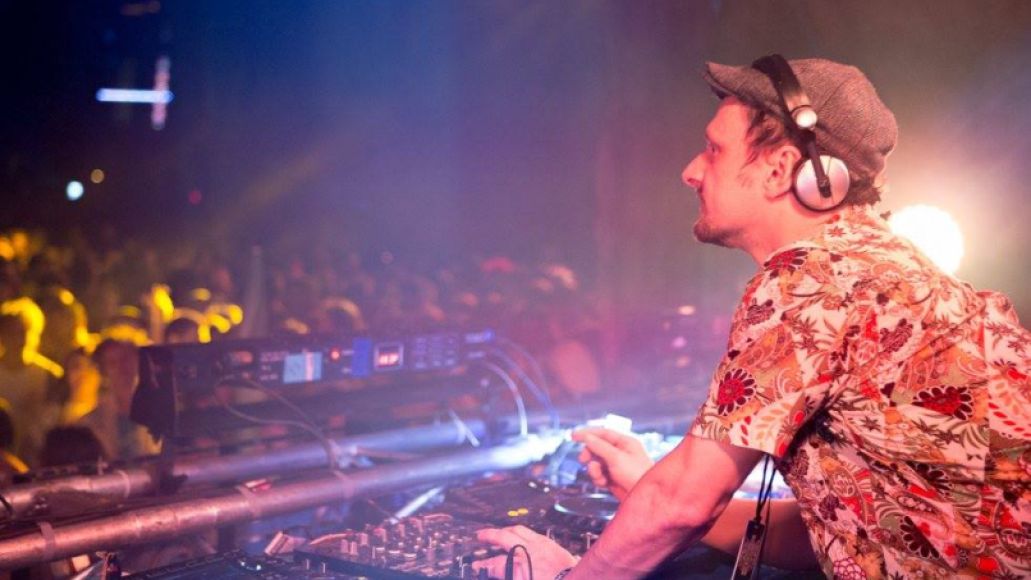 First breaking onto the scene in 1988, DJ Koze has been in the industry longer than most EDM-standouts have been alive. Initially a revered turntablist in the 1990’s, all the time at the decks has earned Koze an encylopedic knowledge of all things hip-hop, soul, and minimal. He might even cut a string arrangement and dub bass roll into the mix simultaneously. If he doesn’t get your booty moving, your booty must be dead. 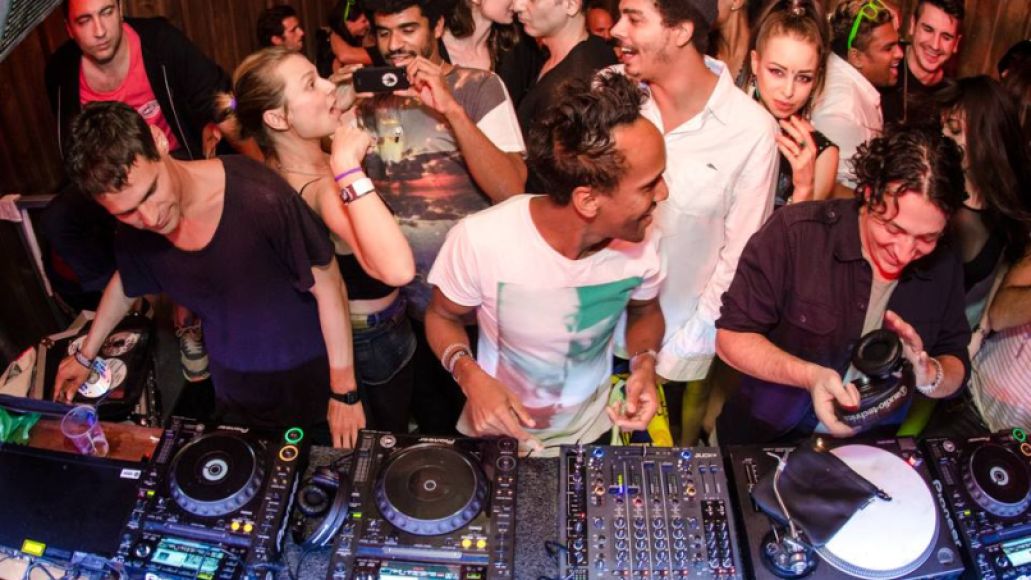 When you can count both Jamie Jones and Seth Troxler as part of your onstage entourage, you know you are doing something right. This trio of Parisians aren’t just hovering around the same laptop, Apollonia is all about friendly competition behind the decks, each man inciting a collective dancefloor groove sweatier than the next. The dudes to listen to for what’s next in the tech-house realm — and at the moment that are keeping it pretty psychedelic. 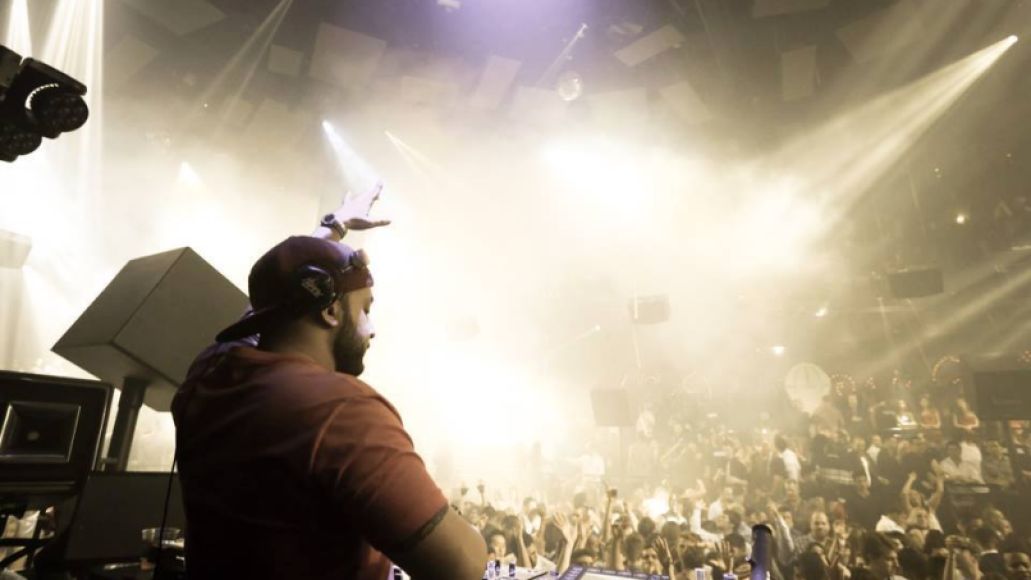 “But know that while you may shut down any given party, on any given night, in any given city, in any given country or continent on this beautiful planet, you can never shut down the entire party. NO matter what you may think. The music will never stop. The heartbeat will never fade. The party will never end. I am a raver, and this is my manifesto..” Truth! 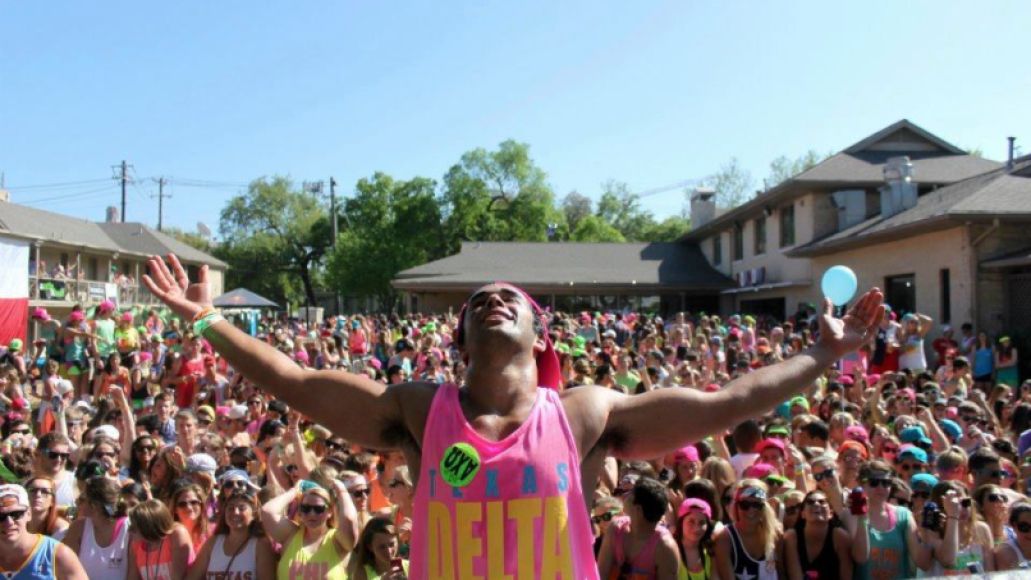 The big room sound is barely a presence at Riverwest, but they made an exception for Chicago-transplant Yoni. The recent University of Chicago graduate (yes, educated college graduate for all the EDM haters out there) already has one festival trap anthem under his belt, and with an album in the works, expect for a stream of new tracks to be landing in the next few weeks. The bros will be inevitable at this show, so we just advice you take in the drops from the rear of the crowd. 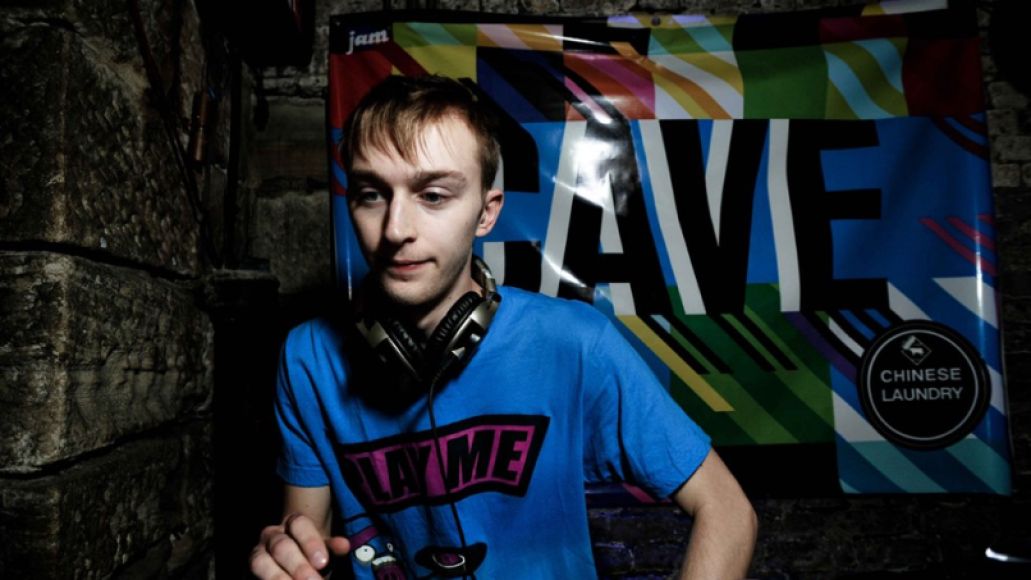 Along with his Smog labelmates, Vaski is breathing new life in dubstep and all things bass. Producing in both half-time and four-to-the-floor, expect Vaski’s set to be one of the most exploratory of the extended holiday weekend. One of only three “hyper” bass DJs at the festival (Excision and Rusko being the others) the time slot could ultimately design the balance of brutal dubstep versus his soaring progessive-house. 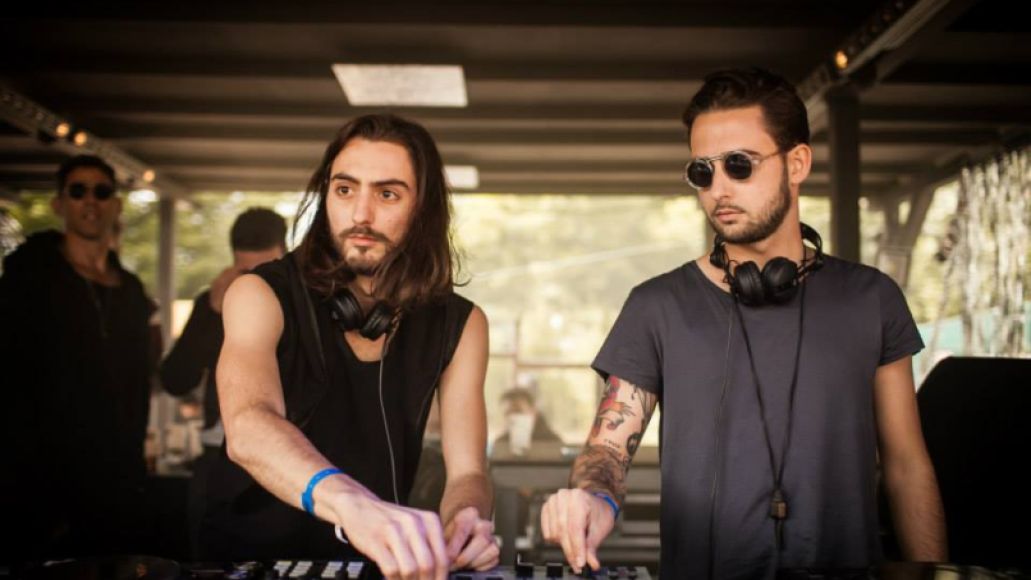 Established as a duo for less than three years, and Berlin’s Mind Against are already producing some of the most pristine, bassline driven techno to hit the festival scene. Though their productions rest on the more minimal side of the genre, their sets are as eclectic as the Windy City, spanning from indie dance to groovy beats and experimental sound collages. One of only two US dates this summer. 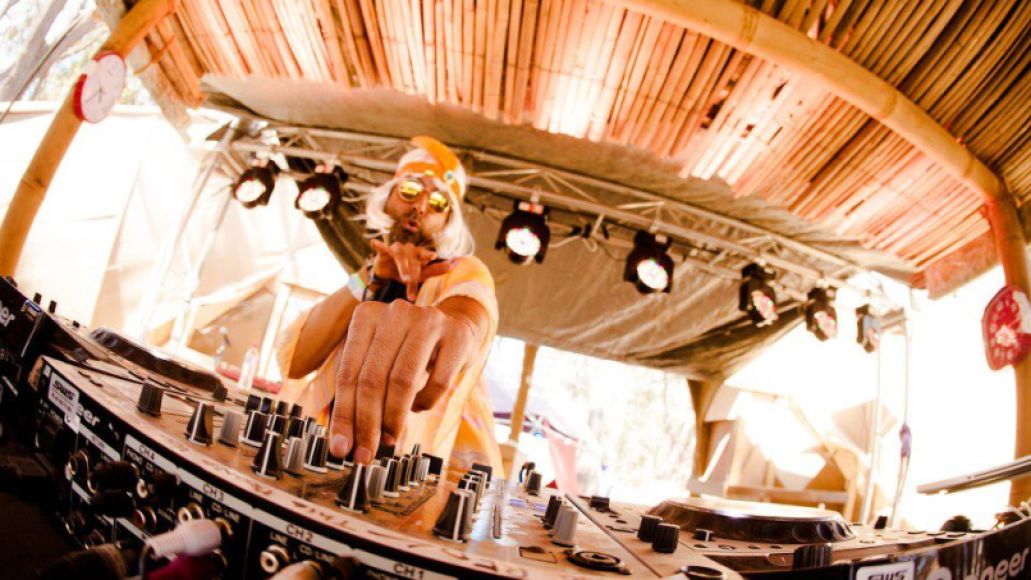 He might be from the Netherlands, but don’t confuse Matthew Dekay with the over-the-top perveyours of the Dutch House sound. The emotional work of Dekay couldn’t be much further removed from the work of producers like Afrojack and Chuckie; trading instantaneous gratification for the romantic inclinations that only arrive after an extended introduction. Even when in deep concentration, its hard to catch Dekay without a broad smile; that’s just the vibes he brings. 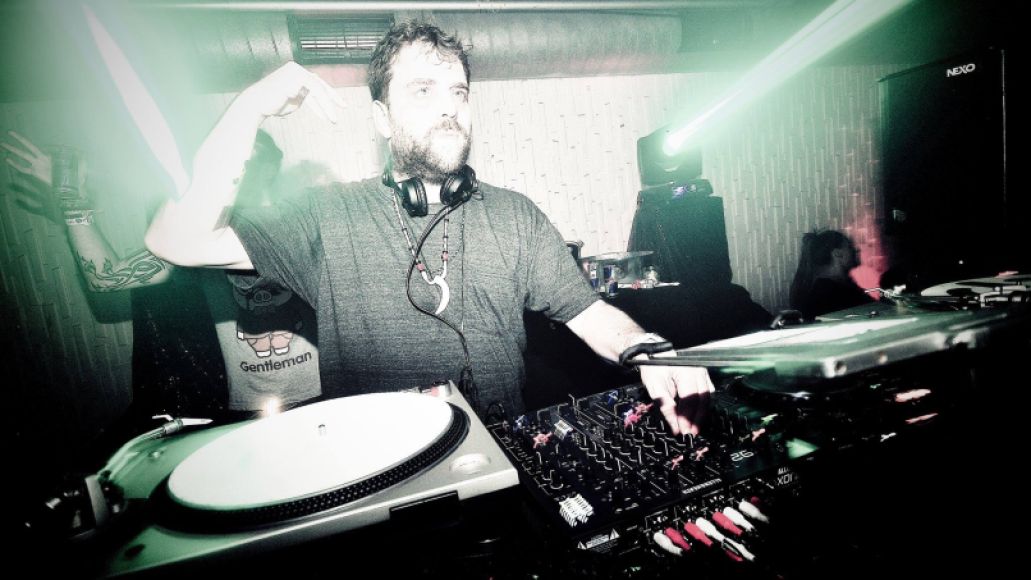 For just a few moments, try to image the Beach Boys carefully pulled through a Plastikman filter. That impossible pairing is the work of DJ Tennis. A musician first, this globetrotter was pursuing his passions for guitar and singing before turning to club nights in the late 1980s. From event organizing, he turned to producing scores and music for films and television, which helped solidify his wistful presence behind the decks. Ambient, yet distorted, the beauty is revealed to those who truly listen.

Catch the above this weekend, plus the the likes of Loco Dice, Art Department, Deep Dish, Morgan Page and Matador along the Chicago River. Tickets remain available. Check here for more information on after parties and local artists.

Now, click ahead for an insightful interview with Warp Records’s patten, the biggest bangers of the 2014 festival season, and info on DanceSafe.