Dark wood, thickly-bound books, and tufted leather are the building blocks of Gild Hall, where it would all take place. The Shoe’s performance and Consequence of Sound’s interview with the indie pop duo, that is.

The Shoe’s fourth stop on its five-show Thompson Hotels “Takeover Tour” was comfortable, intimate — fitting for the dynamic between 29-year-old actress Jena Malone (Donnie Darko, Hunger Games) and Lem Jay Ignacio. The two met at a Christmas party in 2008 where they ended up freestyling a gibberish-laden rendition of “Winter Wonderland”. They’ve been making music together ever since, vibing off each other to create mostly improvised songs via mostly impromptu performances. 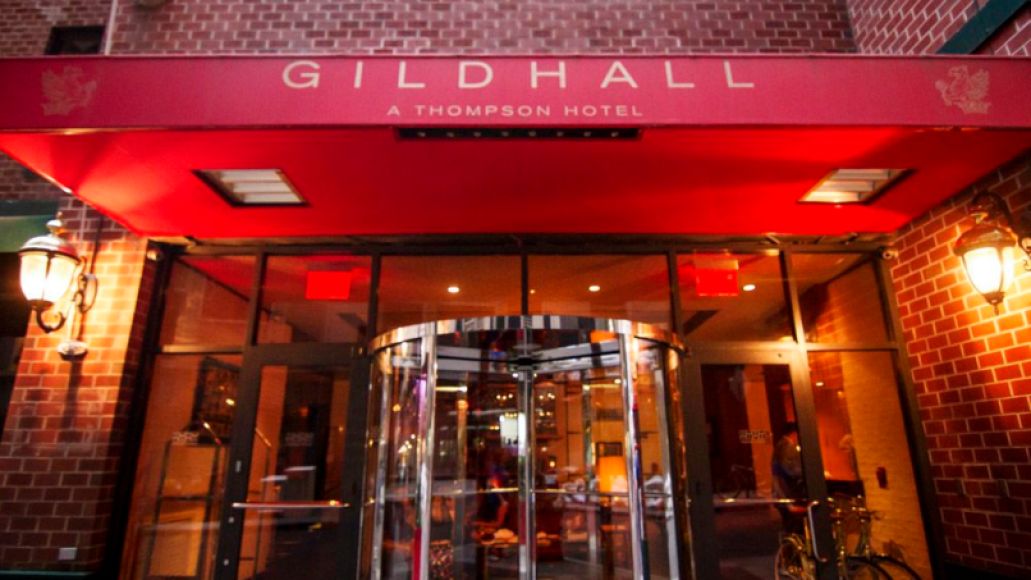 “We played a lot of crazy places. In a motel room in the bathroom. For hours. Most of the stranger places we’ve played have been for no one. As Jena says, ‘We play for the birds,’” says Ignacio, outfitted in a bright jumpsuit.

Lounging against a cushioned armrest, Malone explains the hotel concept, a slight departure: “I really wanted to be able to find more interior spaces, because obviously you can’t really control the sound,” referencing the pair’s many roadside gigs. 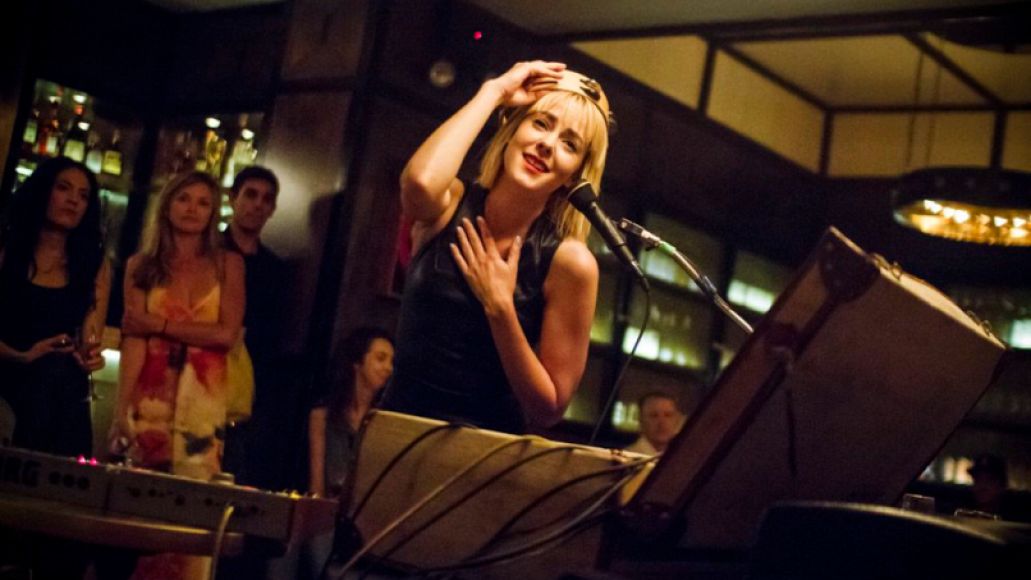 Ignacio continues: “The random spaces thing also parallels how we approach music. We never got together and said, ‘This is a band, and we’ll play clubs or theaters.’ It always paralleled the way that we made music, which was just really spontaneous, freestyle. Just getting together at my house, or making music in the car or on a road trip. So, these stranger, more alternative places that we play work with how we do the whole picture musically and all.”

“The seed that you capture in the freestyle is the mood, the energy. That’s the spark of life,” Malone adds. 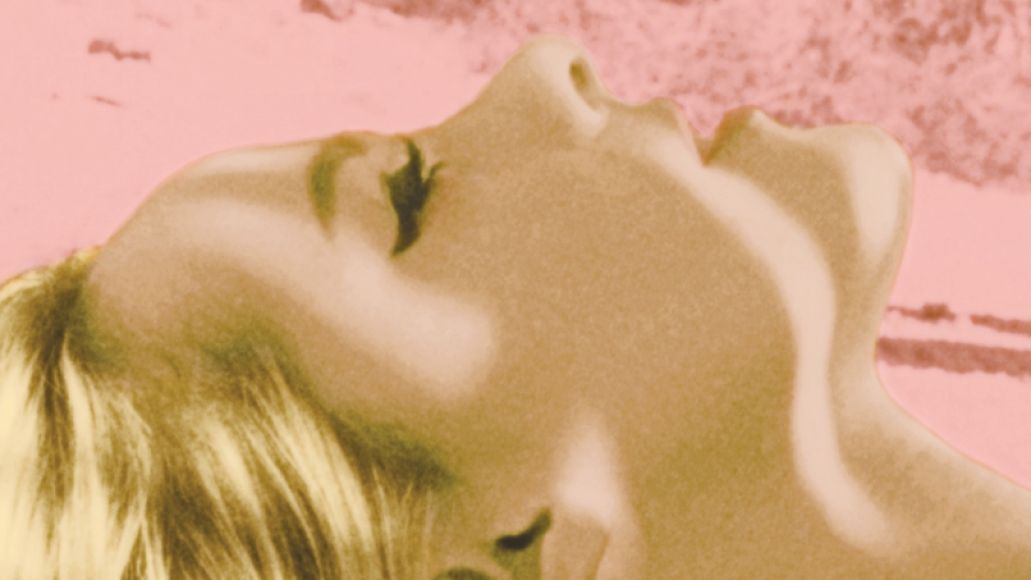 The Shoe released its debut full-length, I’m Okay, in June, the crafting of which was a refining process. Referring to the album’s songs, Malone explains, “They all started with these spontaneous captured moments, but then to take that and to rewrite it and to make it unique and to make it a voice and to make it a story that I wanted to tell … for me that was the biggest difference.”

Even so, the songs are far from static; they’re ever-changing, breathing entities. “Sometimes ‘Broken Hearted Love Song’ becomes a raucous punk song. And then sometimes it has me on the floor crying,” Malone says. 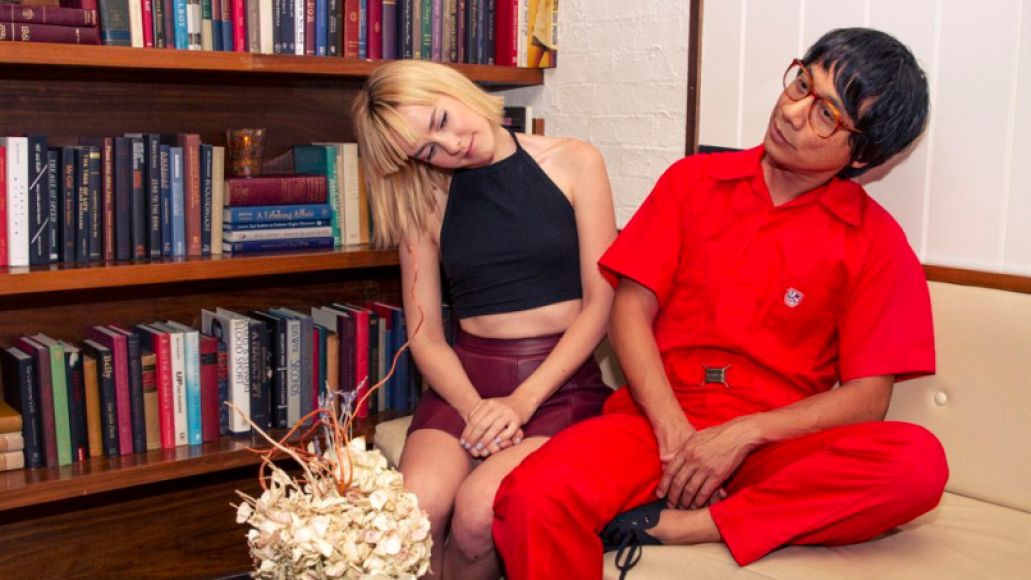 “And sometimes we’ll play it just like the album, because that’s fun, too,” adds Malone.

“That can be surprising for us, too.”

“We’re like, ‘Did we just do that? That’s amazing! We haven’t even rehearsed!’” Malone laughs.

Soul of the Shoe 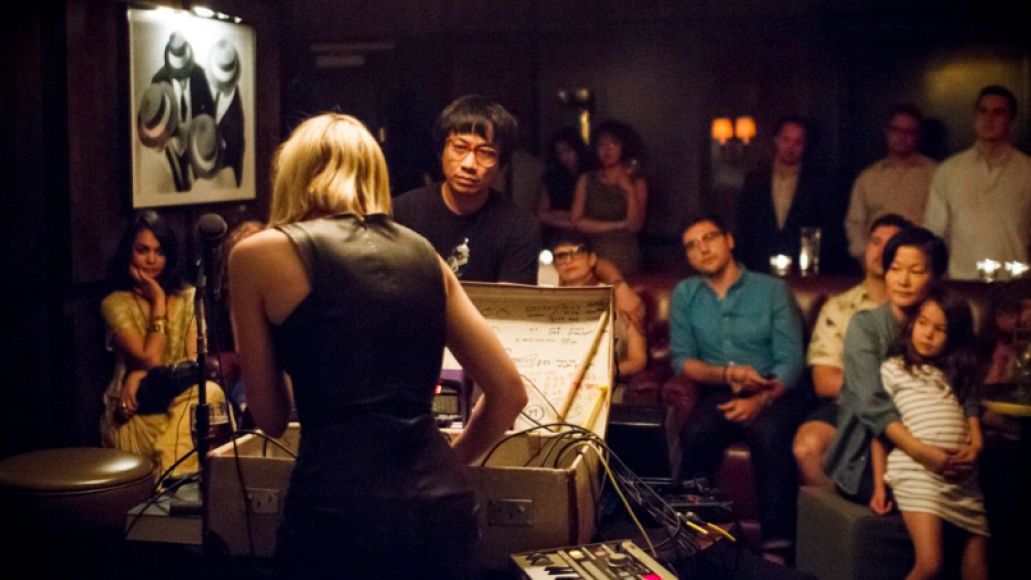 When it came time to kick off the set, fittingly, it started with an improvised ditty. Malone slid chairs across the floor to standing crowd members, crooning, “Sit down, sit down.” It was an inviting gesture; the vibe became instantly cozy.

Malone was fluid, confident, and uninhibited; she removed her pumps during the very first number.

The second number, “Broken Hearted Love Song”, saw moments of despair and elation. Dancing on the balls of her feet, Malone shook a tambourine, eventually placing it on her head like a crown. She ventured into the crowd, held eye contact for verses, initiating the inhabitants of the small room into her world. 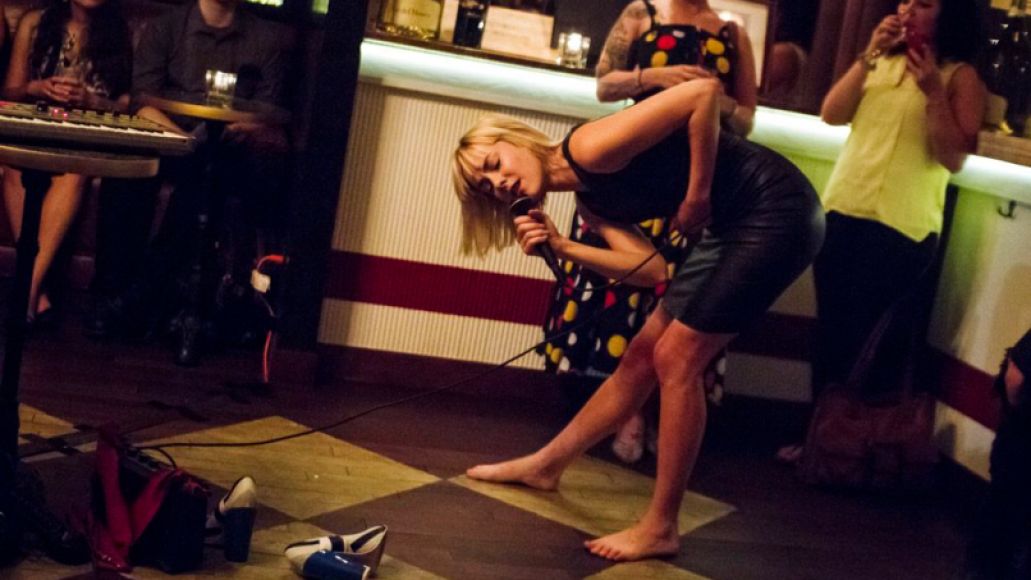 It was an unbridled performance — a liberated one — akin to putting on a show in your parents’ living room as a child. And it was crafted, strategic at the same time. Ignacio intuitively picked up on cues as to where Malone might take a song. She picked up drum sticks, rapping on the hold-all steamer trunk, aka “the shoe,” for which the project is named. Immediately, if not before, Ignacio accommodated her direction, ramping up keys or cushioning a falsetto as it crashed down.

Towards the end of the brief set, Malone asked the crowd for words they associate with New York. Tough, forever, and sweaty  — this was one of those fry an egg on the sidewalk days — were the descriptors around which Malone generated a wistful, yet playful tune. 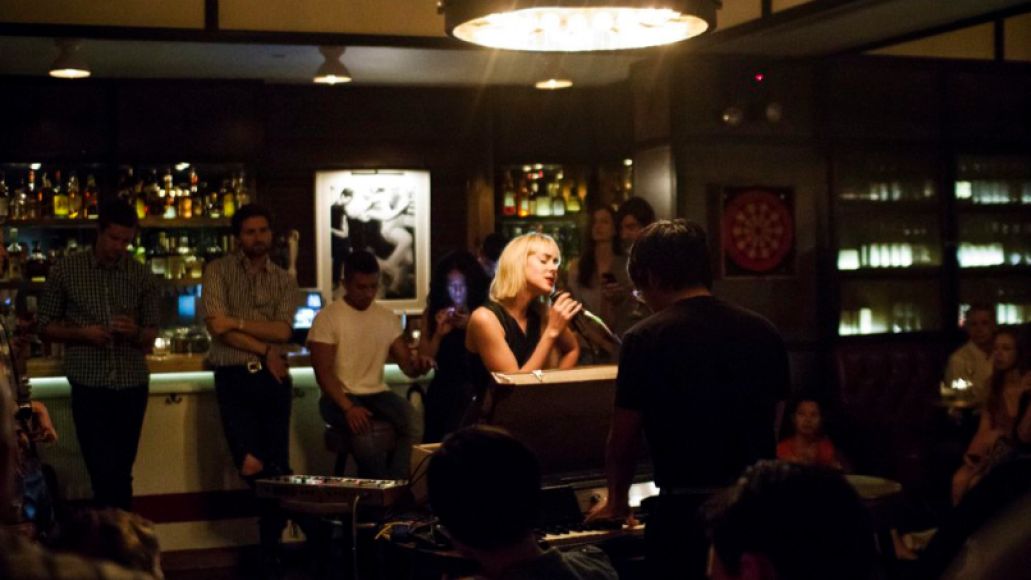 The few technical hiccups, like a prematurely triggered loop, met with Malone’s tinkling laughter and proved humanizing. They actually added to the whimsical DIY charm.

And, according to Ignacio, the unpredictability is the fun of it. “Sometimes we’re just so in sync with the chase. I’m right there to catch her, or I’m right there when she goes up, I go up with her, I go left when she goes up. If she does a spiral, I’m there to hold her musically. Even when we’re not super parallel or super in sync, there’s something cool and fun about that, too. Any sort of chase is fun, whether it’s music or love or life. We wouldn’t chase something if it wasn’t fun. We wouldn’t chase something if we didn’t want to be with that person or go to that place or go to the end of whatever it is.”

The Shoe's Got Soul: An Evening with Jena Malone’s Band