“Weird Al” has dominated this week. He’s marked the debut of his 14th album, Mandatory Fun, by releasing eight videos in eight days. Here at CoS we’ve covered all that and compiled a retrospective of the very best of “Weird Al”. So, what better way to close out the party than a fine howdy-doo with the man himself?

This album’s release sees the curly-maned comedian at a crossroads. His record contract has concluded, and he’s now free to re-think the best way to serve up parody music in the 21st century. Our Art Director and host of the Nerdy Show Podcast Network, Cap Blackard, finds out what goes into composing Al’s style parodies, the genesis of his new epic ballad “Jackson Park Express”, making crappy songs lovable, and hints of big plans for UHF.

Read the interview below, or hear it on Nerdy Show, along with Cap and co. sharing their favorite “Weird Al” memories.

We’re back on the new-“Weird-Al”-record-every-three-years release schedule. It’s good to have you back, nice and regular.

Well, thanks! I’m not sure how regular it will be at this point. It’s the end of my record contract, and I’m not really sure if I’ll be doing conventional albums anymore. I might just be releasing singles. It’s hard to say, but chances are you’ll be hearing from me even more regularly than before!

I remember the last record, Alpocalypse, had some substantial development hiccups based on the record label, so that’s great news! I welcome this new era.

Thanks! The music industry has been changing so much — radically in the last decade — that we’re just trying to find the best way to make a go of it. I’m still trying to figure it out, but hopefully I’ll come up with the right formula.

Speaking of formulas — and maybe this will become irrelevant in the new era of Al — but I was listening to your old song “Patterns” from the educational show Square One, and it got me thinking. You’re a very pattern-orientated guy. You’ve got a process to album making: a new record every 3 years, 12 tracks, five song parodies, six style parodies, and one polka. That equals 27.

[Laughs.] I guess I’m a little O.C.D. that way. I like consistency. I like symmetry and having things in their place. In terms of my art, I like neatness and consistency. I found out a long time ago that having that amount of parodies, medleys, and polkas made for a good balance. Once I find something that works, I tend to stick with it.

For the past few albums, there’s been a long development cycle. Mandatory Fun has recordings from as early as 2012 and as recent as June of this year.

I start the originals early on because I know they can sit in the can for a while and not seem too dated. So, I get a start on those and take my time and get those written and recorded and mixed. That way I’m able to do the parodies last and have them be more fresh and topical. The oldest parodies on this album are “Blurred Lines” and “Radioactive”.  Which are close to a year old at this point and then the most recent being the Iggy Azalea parody. Which, as of right now, is still number one on the charts, so I was able to time that out pretty well. It’s always a puzzle to put an album’s worth of material out and have everything feel as fresh as possible. 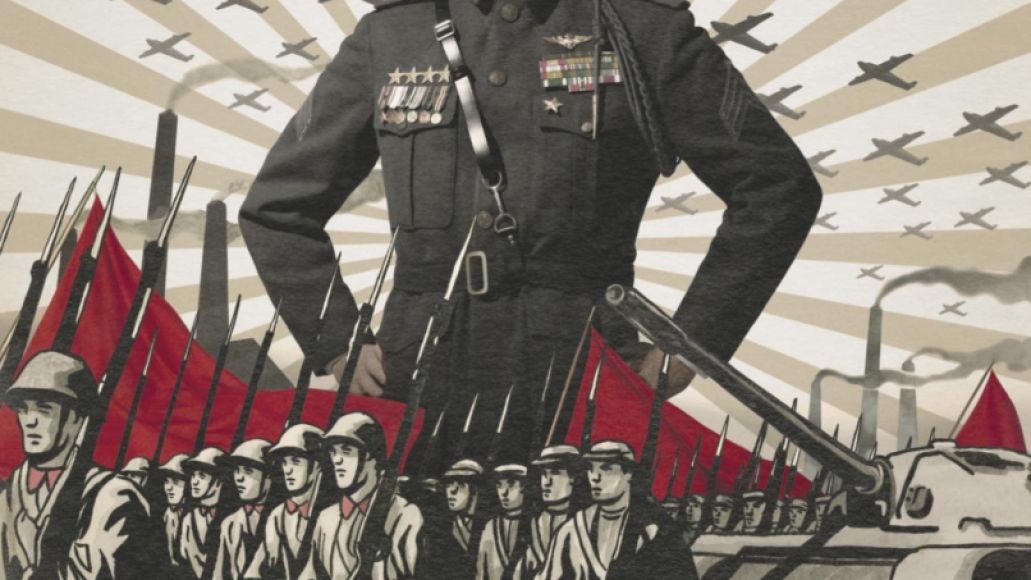 You called it pretty well. I mean, those songs from a year ago are still on the radio. And, maybe it says more about my listening habits, but I heard “Handy” before “Fancy”!

I was depending a little bit on my daughter to be my ears on the ground. I study the Billboard charts, and I’m aware of what’s happening in the zeitgeist, but you never really know if something’s hit mainstream unless it’s a hit in the sixth grade! And so I asked my daughter, “Are they talking about Iggy Azalea?” and she said, “Oh yeah, that’s all they ever talk about.” So, I knew it was time.

As always, you deliver on the parody front. Generally, you make songs that I can’t stand likable or even lovable. “Party in the C.I.A.” from the last album, for example. I think Miley Cyrus may have been born so that you could write that parody.

[Laughs.] Well, thank you! I’ve heard from fans that said that they would be humming my songs in public, and their friends ask, “Are you humming Miley Cyrus?” And they’re like, “No, no, no. It’s ‘Weird Al’!”

I’m always most excited to hear your style parodies. I imagine that, as a musician, they must be really fun projects.

They are! I mean, it’s a challenge because it involves a whole lot more work than just doing an original song, because not only is it an original composition, but I have to also try to emulate another artist or group’s style as close as possible. That involves a lot of research and note taking. It really is a labor of love. I always pick artists who I really admire and have an affinity for their work. I spend a lot of time listening to their entire body of work over and over until it seeps into my brain, and then I write my own twisted version of it.

Which of the style parodies on Mandatory Fun were the most challenging?

They all have their own set of challenges. The one that was the most work was “Jackson Park Express” because that’s the epic closer of the album; that’s over nine minutes long. Just because of the sheer length of it and the production … I’m very proud of the production on that. It’s got a real strings section and horns and background singers. It’s pretty full-blown.

Is that song about a Chicago bus route?

It is! I actually picked it off the Internet. I’ve never actually been on the Jackson Park Express, but I wanted to do a song about a bus route. So, I went online and looked at a bunch of names of bus routes, and the name “Jackson Park Express” sounded the most musical to me. It’s got a nice percussive sound, so let’s go with that! Then I studied the route to see like,“Okay, the bus gets off here, and I could have this happening on this intersection.” I just did the whole thing from my laptop, never having once ridden it. I’m sure that I will in the future, now that I’ve written the song. It’s kinda like “The Biggest Ball of Twine in Minnesota”. I’d never been to the twine ball. But, of course, after the song became a hit with fans, I had to make the sojourn like everyone else and pay homage to the twine ball. After I did the song, a lot of the things I listed in the song that didn’t exist at the time – now they’re real! There wasn’t really a Twine Ball Inn, but now there is!

“Biggest Ball of Twine in Minnesota” is from The UHF Soundtrack and Other Stuff, and this month is the 25th anniversary of UHF.

I know! There’s some news I wish I could tell you about, but I’ve been sworn to secrecy. There’s going to be something going on later this year regarding UHF. I’ve been to Tulsa a couple times to do some anniversary screenings and some Q&A stuff. It’s a movie I’m so proud of. It took a while to find its audience. I remember being a little depressed about the poor reception it got in 1989, but over the decades it’s found its audience on cable TV and DVD, and now it’s a beloved cult film. It took a while to get there.

I wish i could take credit for it, but it was all those guys. They offered to let me write my own rap, but I said, “You guys are the best at what you do. You’ve got this down. I could do it, but I don’t think I could improve on the kind of stuff you guys do already.” So, I basically just went into talent, put on the wig, and did it. That was one of the reasons I wanted to work with those guys; they do some of the best stuff online. Their stuff is consistently really fun, really well put together. You don’t have to worry about it sucking. If you work with talented people who you trust, you don’t have to have those kinds of concerns.

This week you’re releasing eight videos in eight days. Got any behind-the-scenes stories from the shoot?

The first video, “Tacky”, is sorta like the “Happy” video. That’s basically just a one-take shot of a guy walkin’ around. It’s me and five other celebrities: Jack Black, Eric Stonestreet, Kristen Schaal, Margaret Cho, and Aisha Tyler. All five of us are walking through this building, down this elevator, and then out on the street — all in one take. I haven’t ever done that before. We went through it six times, and we wound up using the sixth take. So, I start the video, and I finish the video, but in between I had to run down five flights of stairs and change my clothes. So, every single take I had to do this mad dash while changing my clothes. I’m sure I lost a little bit of weight that day.