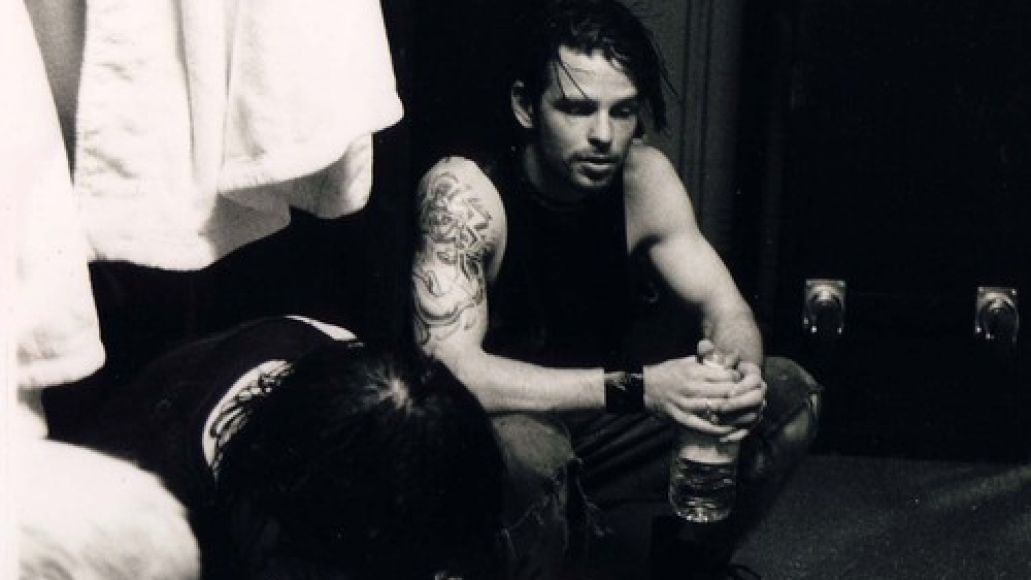 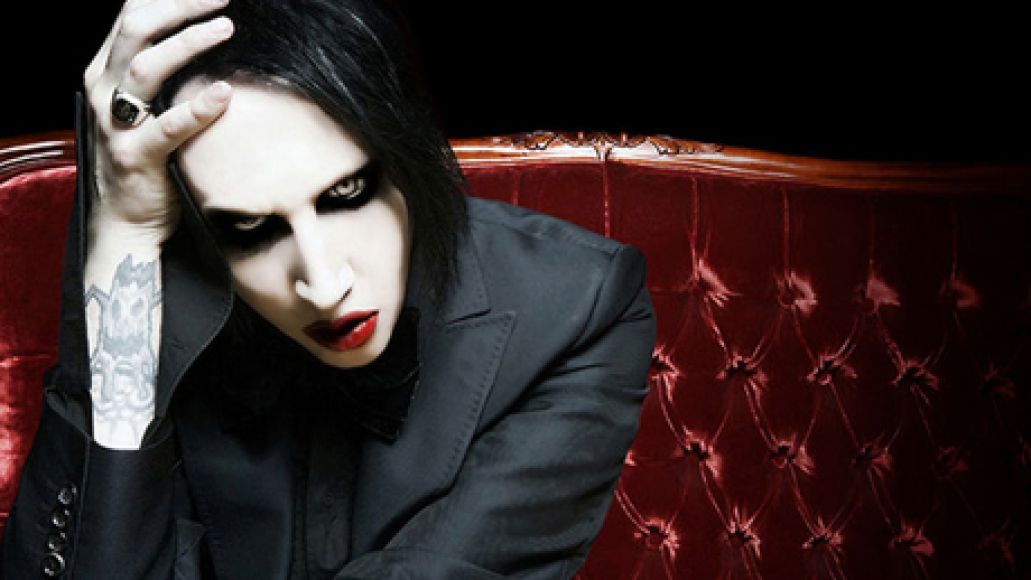 Before the days of infamous “mall goths”, Warner’s alias Marilyn Manson was a poster child for all things rebellion. The Florida native started in journalism where he met the likes of My Life With The Thrill Kill Kult which inspired Warner and early band mate Scott Putesky. Teen poetry became shock rock and Marilyn Manson was formed from the names of Marilyn Monroe and Charles Manson to demonstrate the dichotomy of American society. 1989 saw the birth of Marilyn Manson & The Spooky Kids which soon became simply Marilyn Manson by the release of the band’s debut, 1994’s Portrait Of An American Family. Mr. Warner took on a persona that would be the center of controversy during the late ’90s and early ’00s, most notably his band’s media association to the Columbine Massacre. Live shows were ripe with costumes, lewd acts, and passages mockingly read from the Bible. The penultimate reasons for Warner’s listing? 1996’s Antichrist Superstar and a related act, the sadly short lived Jack Off Jill for whom Warner produced multiple demos. 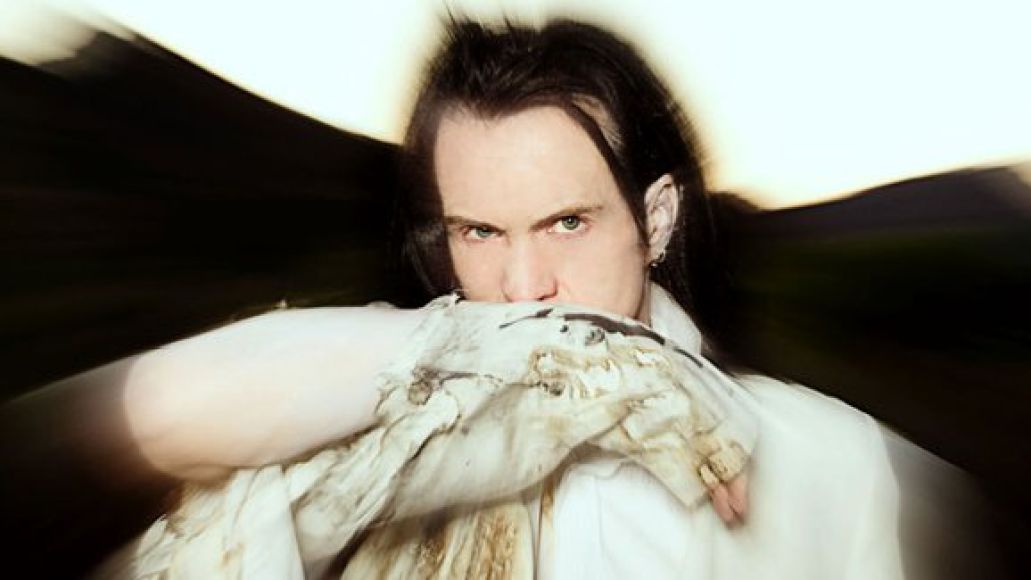 Known by most as Nivek Ogre of the industrial band Skinny Puppy, Ogilvie makes this list by association and by reputation. As a political voice, Ogilvie is outspoken and constantly champions the legalization of marijuana (a hint of industrial’s philosophical origins). As a vocalist and member of Skinny Puppy, Nivek Ogre infused the band’s live shows with horror make-up and special effects of all sorts. According to some sources, Ogilvie toned down his horror movie appearance due to recovering from a heroin addiction which had killed his band mate Dwayne Goettel. The reasoning for not taking up this part of his persona later on? Based on Ogilvie’s words, Marilyn Manson had popularized the image. As Skinny Puppy’s success and influence on industrial metal was spearheaded by Ogilvie, he earns a spot on this list – not to mention his work on the side project Rx with Pigface co-founder Martin Atkins and (no doubt motivated by his sense of performance art) a role as Pavi Largo in Eli Roth’s Repo!: The Genetic Opera. 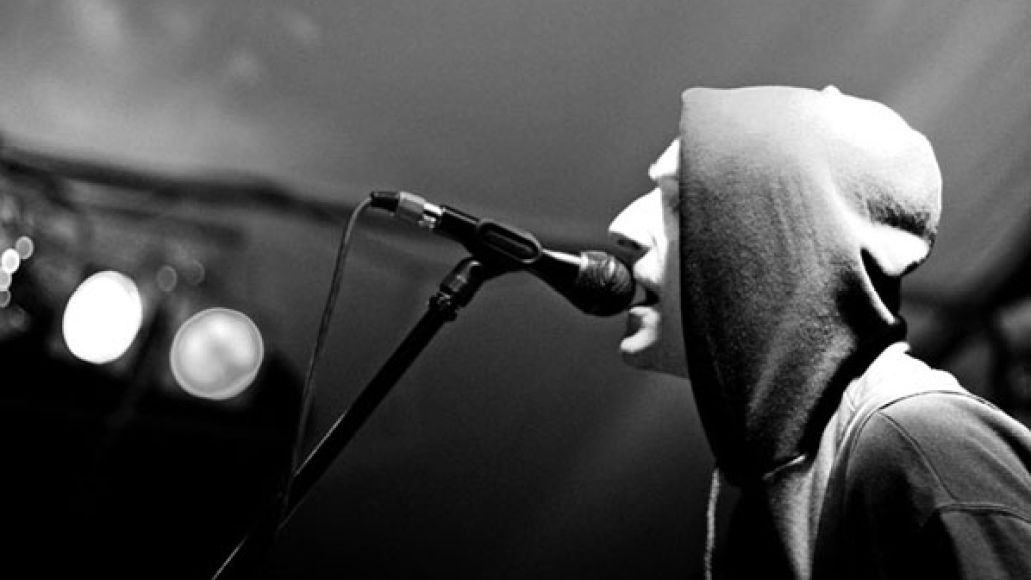 As we travel into the UK, we receive Justin Broadrick who co-founded Godflesh. As one of the first bands to fuse metal with industrial, Godflesh was a force to be reckoned with. Unfortunately, Broadrick’s partner G. Christian Green left and prompted the disbandment of Godflesh come 2002. Luckily both before and after this, Broadrick remained active due to his multiple talents: as guitarist, he played with Napalm Death; as producer, fashioned remixes for bands such as Pantera and Isis. Broadrick is from the old school ways of industrial where he dipped his hands into everything to create something unique, and he is probably a direct influence on multiple artists on this list — namely the DIY afficionado, Trent Reznor. 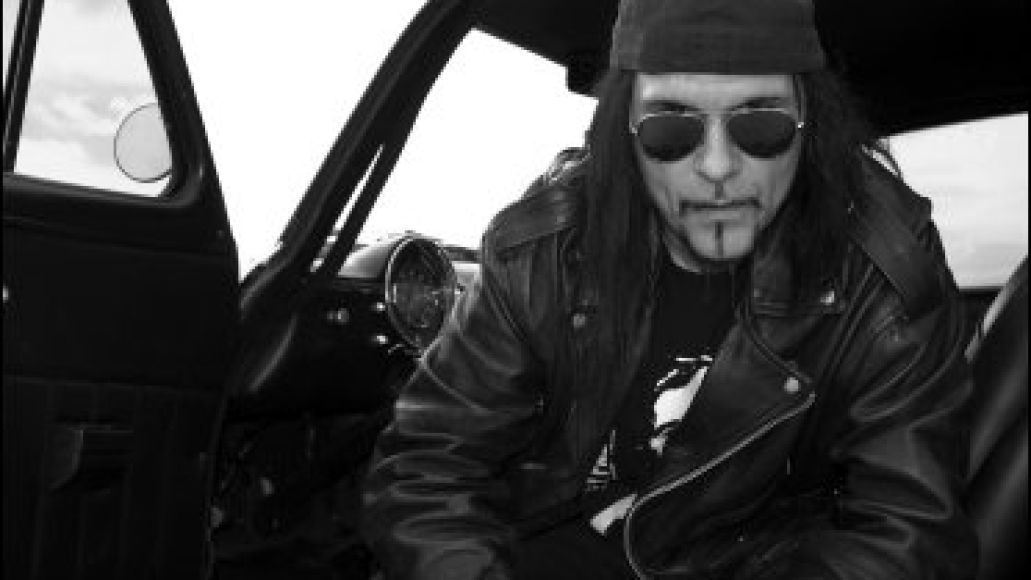 There is only one word to describe Al Jourgensen, and that is “bad”. Using Hustler Magazine as a platform to announce the end of industrial powerhouse Ministry, Jourgensen could not be more metal. As a founding member of both Ministry and Revolting Cocks, well, now he’s just being “cocky” — and rightfully so. Between a five year probation stay for drug charges and a near-limbless experience with a viper, Jourgensen continues forward, and atop that, his production credits are many; some big names include Nine Inch Nails and GWAR. There are reasons for him on this list that we have already named, but it stands above all that Al Jourgensen is first and foremost industrial metal’s highest-reigning bad ass. After all, he looks like a biker, and there are not many on this list that actually appear to be ready and willing to beat you to a bloody pulp. 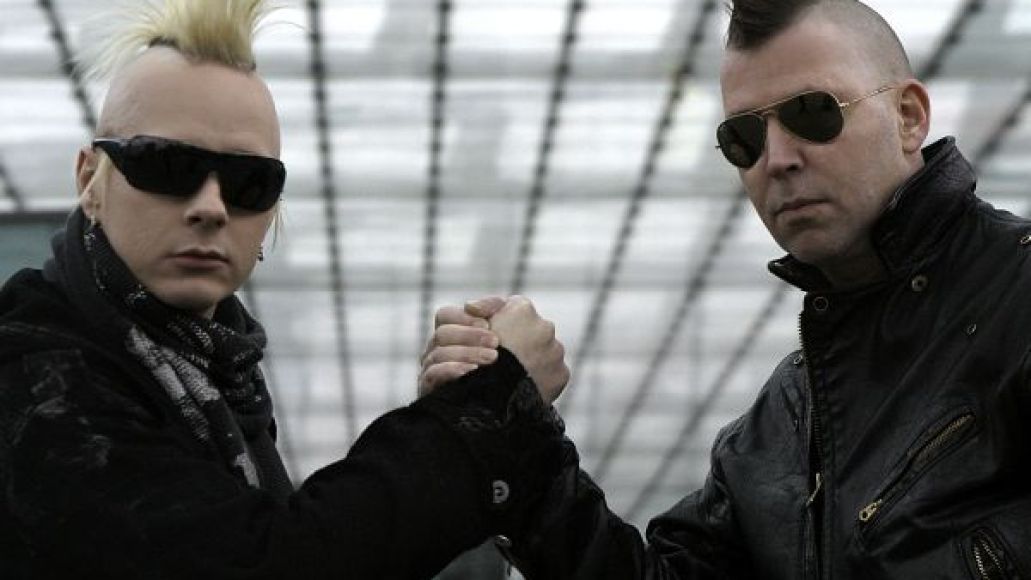 Going from ass to ego, Konietzko dubs himself “the father of industrial rock”. While this statement is surely spoken in jest, it is not far from the truth in terms of influence. Between KMFDM as front man and MDFMK as collaborator with the phenomenal Tim Skold (seeing a running trend?), the man known as Sascha K presents us with the dance floor mosh subset of industrial metal. This indeed does not alone give Sascha K the spot on our list, as that comes in the form of simple mainstream creativity. Konietzko has not only worked with multiple artists on the KMFDM project, he also has a major say in the artistic value of album covers which have become synonymous with industrial metal – almost to the extent of Nine Inch Nails or Marilyn Manson. Sascha K earns his chops for sheer creativity and balls, so again ego comes into play.

The minds of Martin Atkins and William Rieflin are two of a kind and therefore must be placed side by side even now. The founding fathers of Pigface are both excellent drummers, and during a stint on tour with Skinny Puppy’s Nivek Ogre and Ministry, Atkins and Rieflin felt a kinship (but also noted the brilliance of working with several different artists). Taking this and running with it, Pigface has never actually had a single regular member outside of Atkins and Rieflin. To date, the list of artists has surpassed 130 guests to comprise a rather large total line-up. Even with the limited discography, there are numerous flavors for everyone. Trent Reznor at one point makes an early appearance on Gub before Nine Inch Nails became a household name with the track “Suck” which was later re-recorded for his Broken EP. Pigface comes in on this list for ingenuity, collaborative mindset, and helping to fuel fires for numerous artists’ later success. 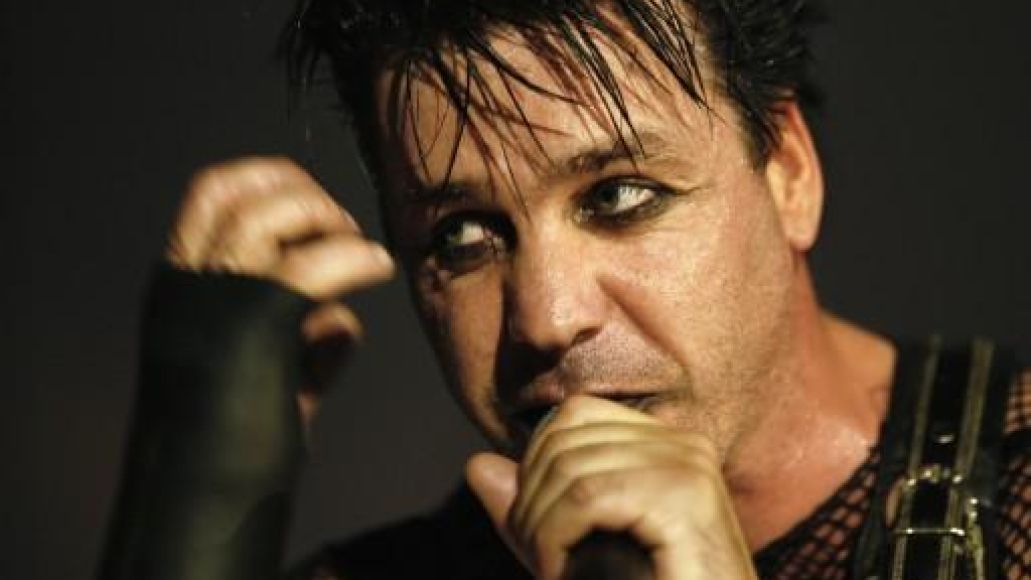 We’ve heard rumors that German metal fans find them a tad on the softer side. Whether or not this is gospel becomes irrelevant when we consider Till Lindemann and his ilk. The brazen frontman has been privy to some of the most outrageous stage shows ever witnessed due in large part to his status as a certified handler of pyrotechnics. These theatrics have become a staple at every Rammstein concert, alongside a catalog of albums – each album seemingly better than the next. Lindemann also pens beautiful lyrics which is unfortunate for his Western audiences as virtually every song is sung in German. Ironically, these same lyrics about beaches and love contrast with tracks about Americanization and greed – a feat, keeping in mind Rammstein’s popularity in the States. Lindemann makes the list for two reasons: continuing to steamline success for foreign language music in the USA – and simply for emitting tons of pure testosterone. 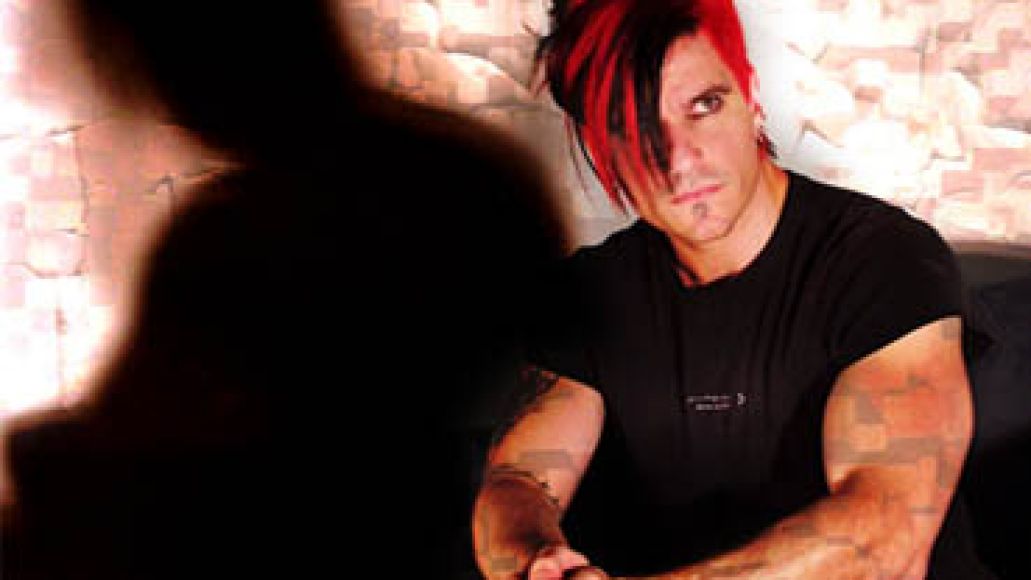 From Detroit, Michigan we get Celldweller who is yet another one man band. While his music is not strictly industrial metal, he is a unique beast in that during transitions from one genre to the next he has set the stage for the likes of Massive Attack and Nine Inch Nails by constantly popping up in film, television, and even video games. Celldweller eventually released his “made for tv” material on Soundtrack for the Voices in My Head: Volume 1 which is unique in that he is both the epitome of self-promotion and not ashamed to sell records based on his notoriety in other media. Another noteworthy aspect of Celldweller resides in his live shows. In lieu of straight forward performance, they become something of a live-action remix session done before an audience. The expansion of Celldweller as a trademark name and the jam band element incorporated into live shows earns Klayton a top spot. 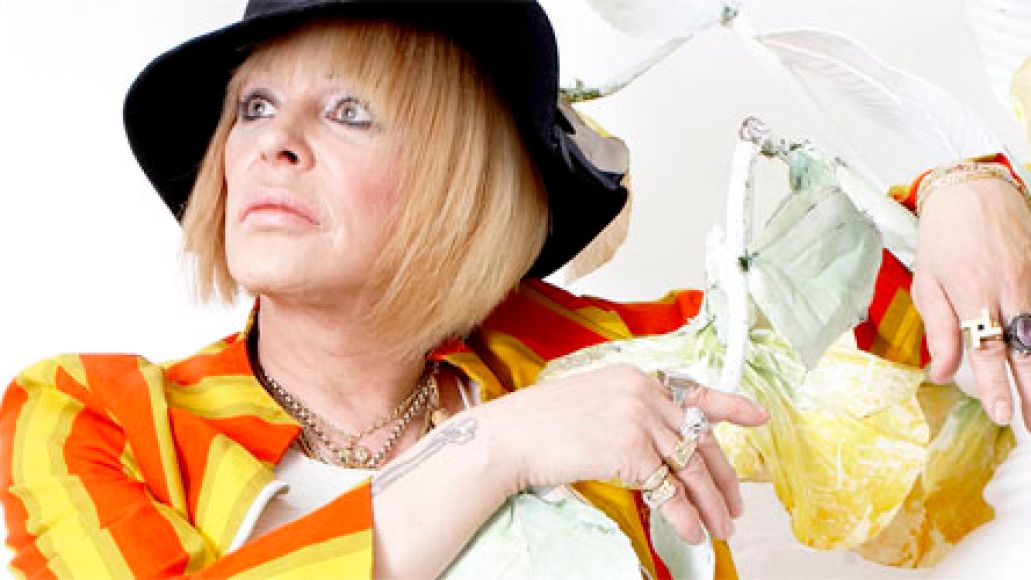 We now arrive at the one individual on this list who is most certainly a forefather of industrial music. In the 60s and 70s, this genre was still a moderate underground phenomenon spearheaded by a handful of artists. Enter Genesis Breyer P-Orridge of Throbbing Gristle. Not only did P-Orridge represent Throbbing Gristle alongside bandmate Chris Carter, he also is credited on over 200 releases by the band Psychic TV. Despite claims of one man bands, P-Orridge is not so much that as he is a multitasker. P-Orridge was at one point also allowed access to the personal reel-to-reel recordings of William S. Burroughs, a prominent inspirational figure of early industrial. Characteristically, P-Orridge’s days with Throbbing Gristle dispensed tons of live material and controversial lyrics of prostitution, pornography, serial killers, and occultism. Though “all grown up” with a wife and kid nowadays, this man is one of the great original revolutionaries of his genre.