Lauryn Hill has released an early “sketch” version of her track “Black Rage” in dedication to those protesting in Ferguson, Missouri. The R&B singer has been performing the protest song reinterpretation of “My Favorite Things” for at least two years, but this is the first non-live recording we’ve heard.

According to Hill, it’s an old recording she captured in her living room, but considering the current national unrest and the fact that footage of another controversial police killing in St. Louis surfaced just hours before the song’s release, the song couldn’t be any more tragically poignant.

Take a listen below, and read the complete lyrics as Ms. Hill posted on her website.

An old sketch of Black Rage, done in my living room. Strange, the course of things. Peace for MO. – MLH https://t.co/47v9BEDoN6 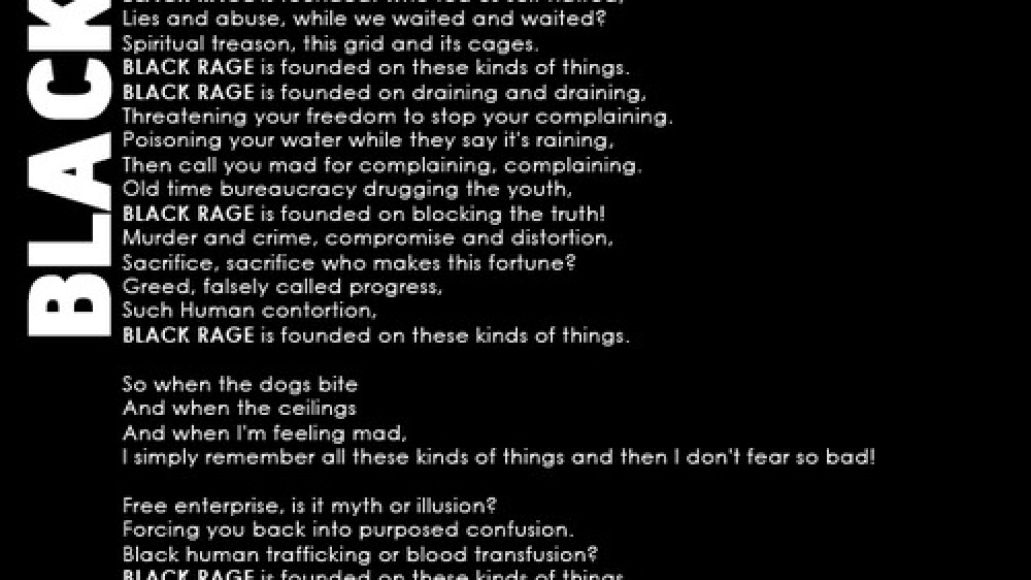