As previously reported, an all-star contingency of folk rockers gathered back in March to create music for two-dozen recently discovered lyrics written by Bob Dylan. Today, Electromagnetic Recordings / Harvest Records announced the full details of the LP: Lost On The River: The New Basement Tapes will arrive November 11th. The album’s artwork and tracklist can be found below.

The 15-track collection is the culmination of two-plus weeks of studio time by My Morning Jacket’s Jim James, Mumford and Sons’ Marcus Mumford, Elvis Costello, Dawes’ Taylor Goldsmith, Carolina Chocolate Drops’ Rhiannon Giddens, and super producer T-Bone Burnett. The lyrics in question date back to 1967, taken from the same period that spawned the recording of Dylan’s iconic Basement Tapes.

“What transpired during those two weeks was amazing for all of us,” Burnett said in a press release. “There was a deep well of generosity and support in the studio at all times, which reflected the tremendous trust and generosity shown by Bob in sharing these lyrics with us in the first place.”

Song titles include “I Shall Be Released”, “The Mighty Quinn”, “This Wheel’s On Fire”, “Spanish Mary”, “Tears Of Rage”, and the Jim James-led “Nothing To It”, which is now available for streaming. If anyone seems the perfect choice on paper, it’s James. Here, he lays down his patented croon, which hits that sweet spot between falsetto-tinged pain and lower, more sturdy tones, over a Dylan-esque ramble of dusty guitars and grand piano. It’s the perfect sound to purvey Dylan’s lyrics, which seem to tell a story of a man’s resolve in the face of life’s slow-moving heartache.

Watch its accompanying video below, which feature Dylan’s actual handwritten lyrics transposed over an animated cityscape.

The album is being accompanied by a Showtime documentary, set to debut on November 21st.  According to a press release, director Sam Jones’  Lost Songs: The Basement Tapes Continued presents an “exclusive and intimate look at the making of Lost On The River: The New Basement Tapes set against the important and historical cultural backdrop of Bob Dylan’s original Basement Tapes.” 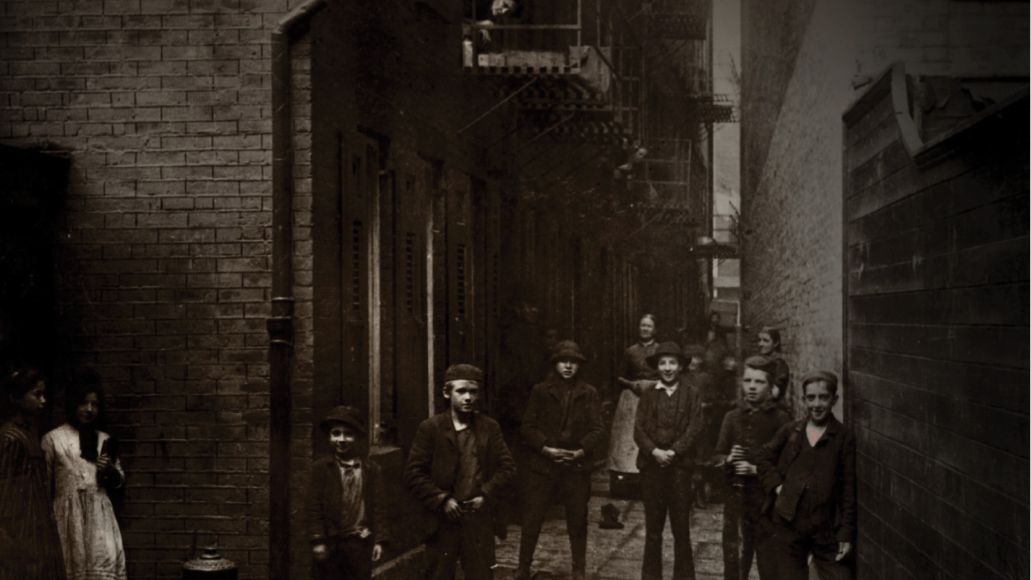 Listen: "Nothing To It", written by Bob Dylan and performed by Jim James, Marcus Mumford, Elvis Costello, and more