Things are pretty good for Tori Amos. In May, the iconic singer-songwriter’s fourteenth studio album, Unrepentant Geraldines, debuted at No. 7 on the Billboard 200, and last night she sold out Verizon Hall at Philadelphia’s Kimmel Center. Not to jump to any conclusions, but it would appear that her decision to opt out of the classical stylings of her more recent work — specifically, 2011’s Night of Hunters and 2012’s Gold Dust — for a return to her rock roots has proven wise.

Philadelphia offered up a fairly diverse crowd Sunday evening. The Toriphiles made their presence known early, but there were also lots of couples and many teenage girls, the latter a relief of sorts. Her first few albums are inspiring, and it’s nice to know a whole new generation is still finding this music very relevant to life. After all, there’s a lot of truth to her music. Not surprisingly, Amos played a few songs off her latest LP and also dug into her extensive body of work over the night’s two hours.

Fans were fortunate to catch Amos at Verizon Hall. It’s beautiful, very intimate, and the acoustics hugged Amos‘s vocals, which haven’t changed much over the years. At the age of 50, Amos can still command the attention of thousands, even with very little chatter and without the assistance of a band. For this tour, Amos is keeping it minimal, working solely with her Bosendorfer piano or electric keyboard, which she often played simultaneously. This action alone, at least for those up front, was a fascinating sequence of events to behold. Musical talents aside, Amos has a certain style about her, down to the very way she glances at her adoring fans. 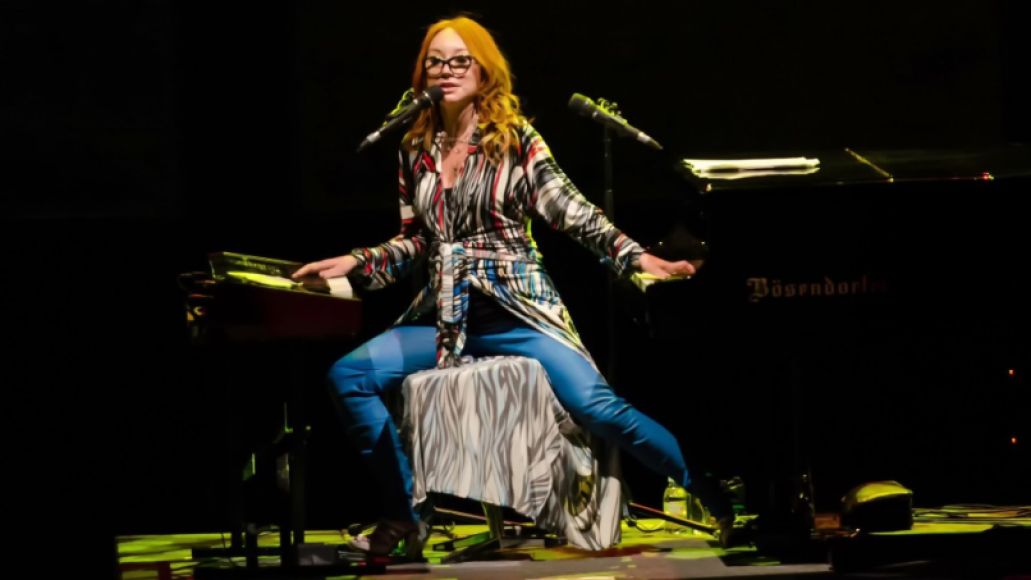 Last night’s particular highlights included “Crucify”,”Bliss”, “The Beekeeper”,”Crazy”, and “Spring Haze”. Though, few would argue against her rendition of “Take to the Sky”. Amos was pounding so hard on the side of her piano that I thought she was going to break her hand. Her fans responded well to that one, in addition to the opening chords of “Cornflake Girl”, which even moved enough fans to run down to the stage. Covers of Billy Joel (“Always a Woman”) and especially Bruce Springsteen (“Streets of Philadelphia”) were eaten up by the North Easterners.

Towards the end, Amos offered up a new song titled “16 Shades of Blue”, which lyrically deals with aging, a subject she’s discussed at great lengths in recent interviews. “You say get over it if 50 is the new black/ hooray, this could be your lucky day,” Amos sang as the audience laughed. It’s been a long career arc for Amos, and she’s had her share of critics — the same who bashed Alanis, Madonna, and Gaga for going outside the box — and by now, it should be clear her genius has often been misunderstood and that at age 50 she ought to be applauded.

Fourteen albums later, Amos remains an artist and innovator who still pushes the boundaries in any project she takes on. (Don’t forget she also worked on a musical last year.) In the ’90s, she arrived when the airwaves were coated in grunge, and yet she brought back the art of the pianist with 1992’s Little Earthquakes and 1994’s Under the Pink — a style that had been missing since the late ’70s. Her songs dealt with unpopular tropes in mainstream music —  sex, religion, and feminism — but she quickly became one of the most influential women in rock for her generation. Not only do we owe her a debt of gratitude, but we should continue to be inspired. 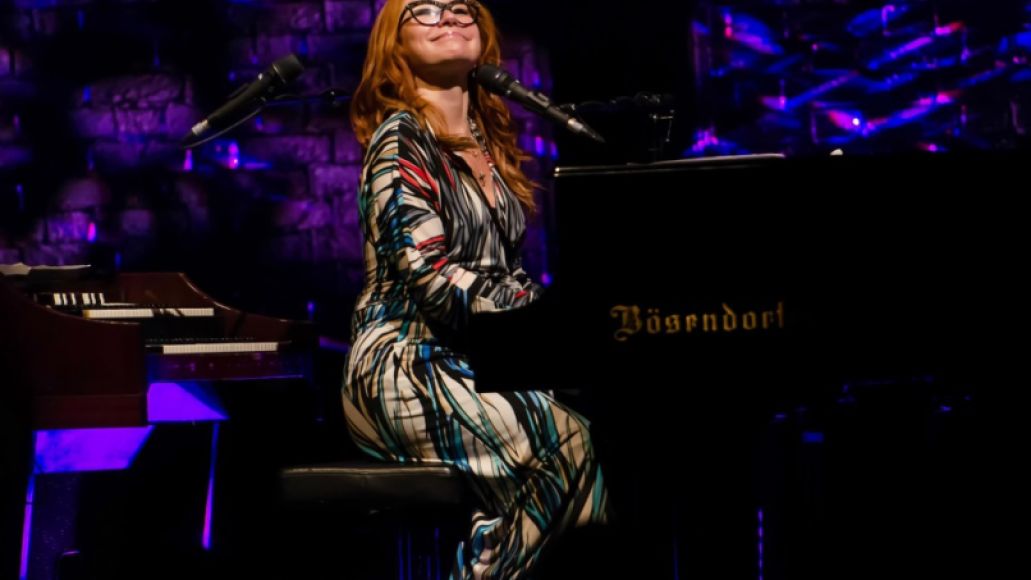