The honor comes as McCartney is set to headline Target Field later this evening, marking only his fourth time playing Minneapolis since 1965 (and the first since 2005). He previously rocked the Metropolitan Stadium in 1965 and the Metrodome in 1993. He was also set to play in 2011 before “scheduling conflicts” prevented the show, but it’s nice to know the gentle folk of Minnesota don’t hold any grudges.

Below, check out the governor’s official proclamation. Then, celebrate this new holiday by binging on a few McCartney classics. 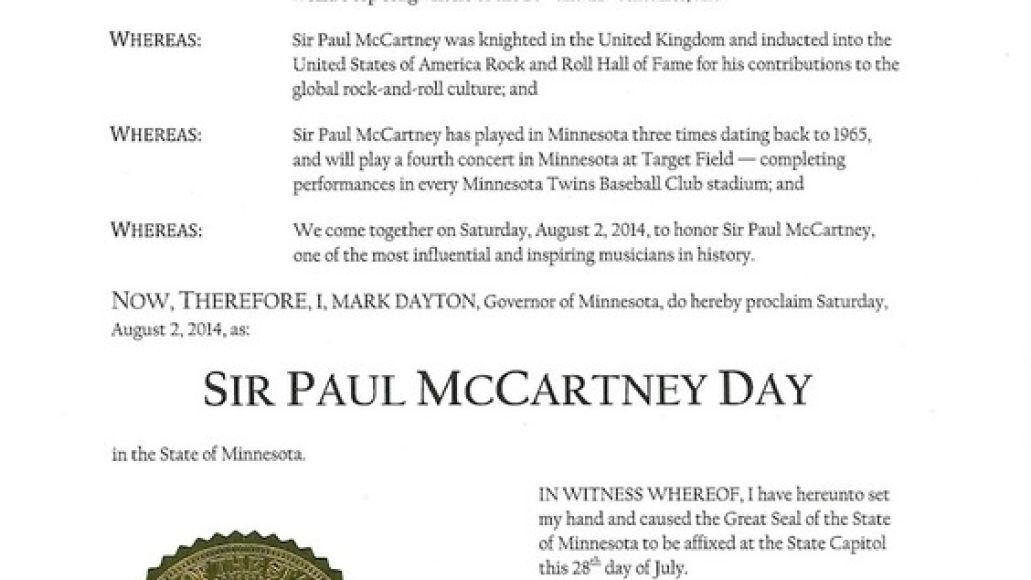