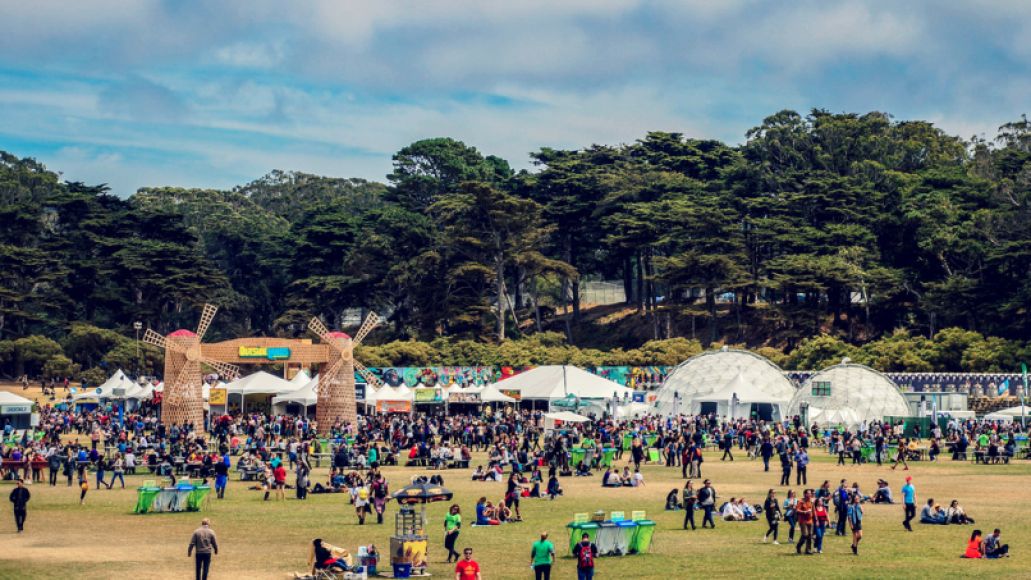 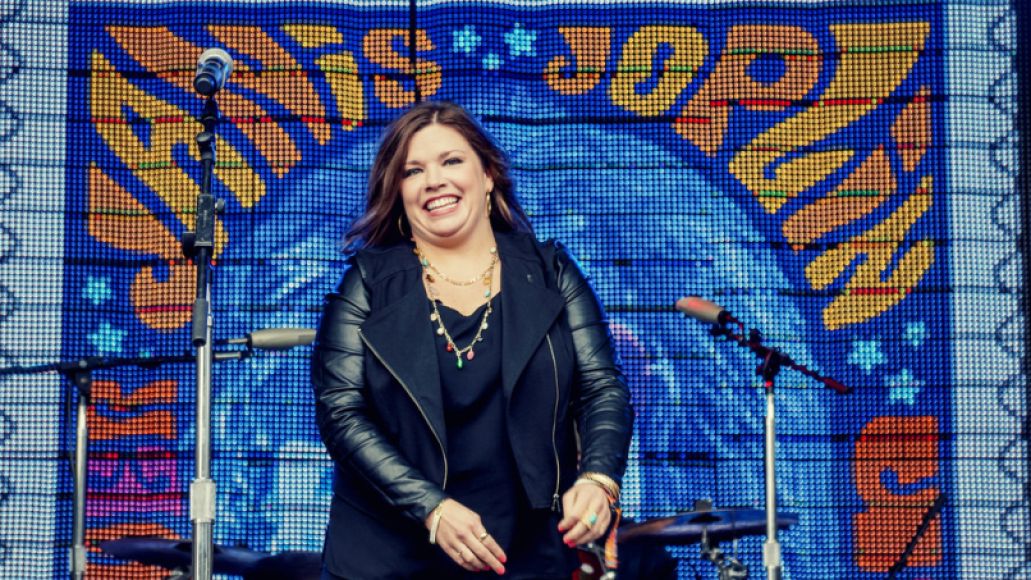 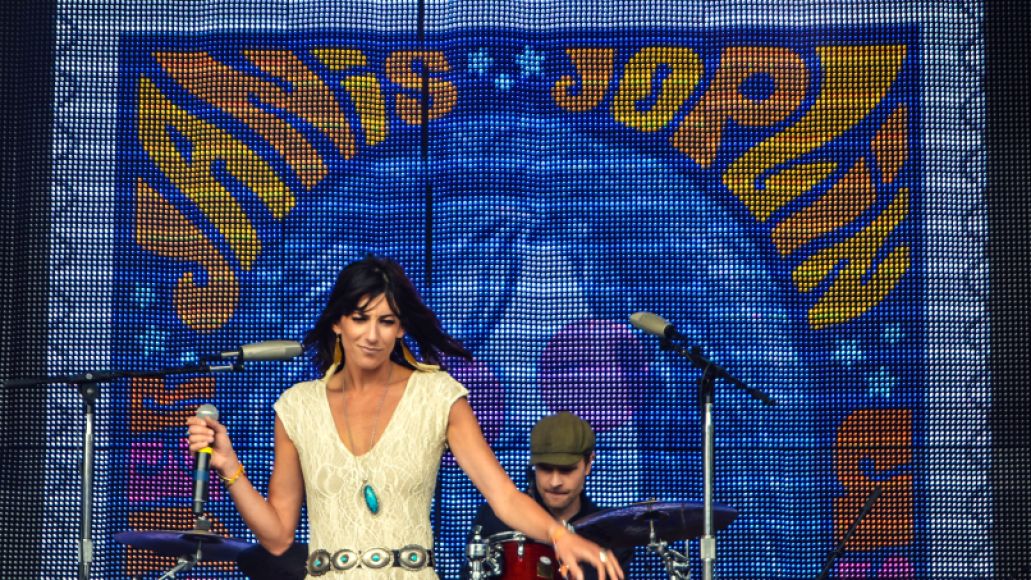 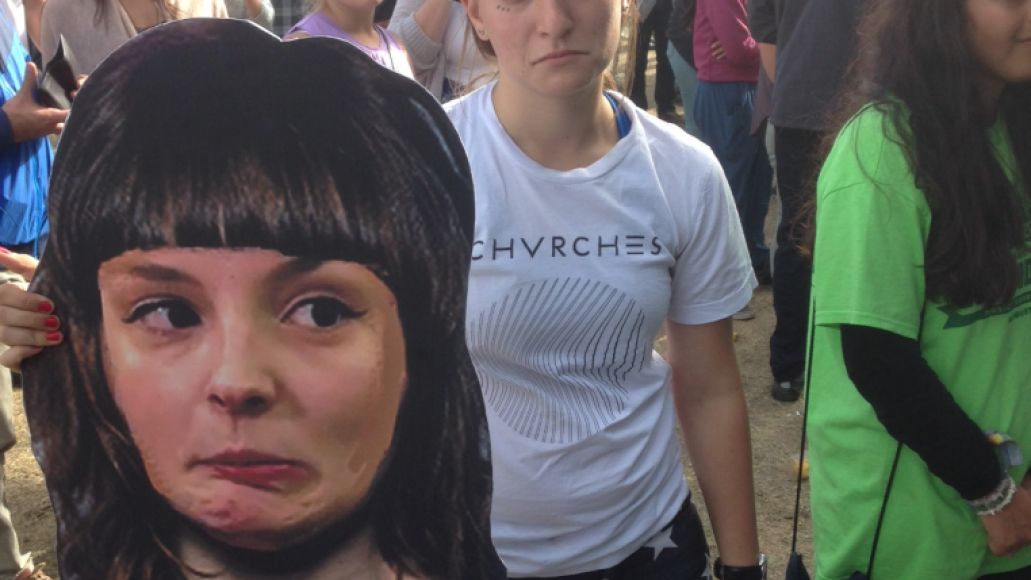 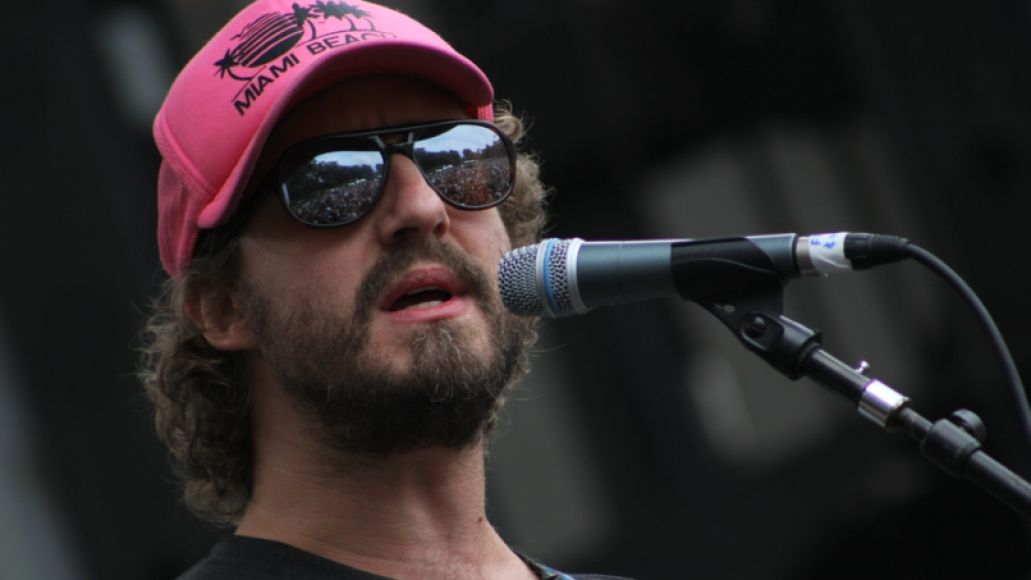 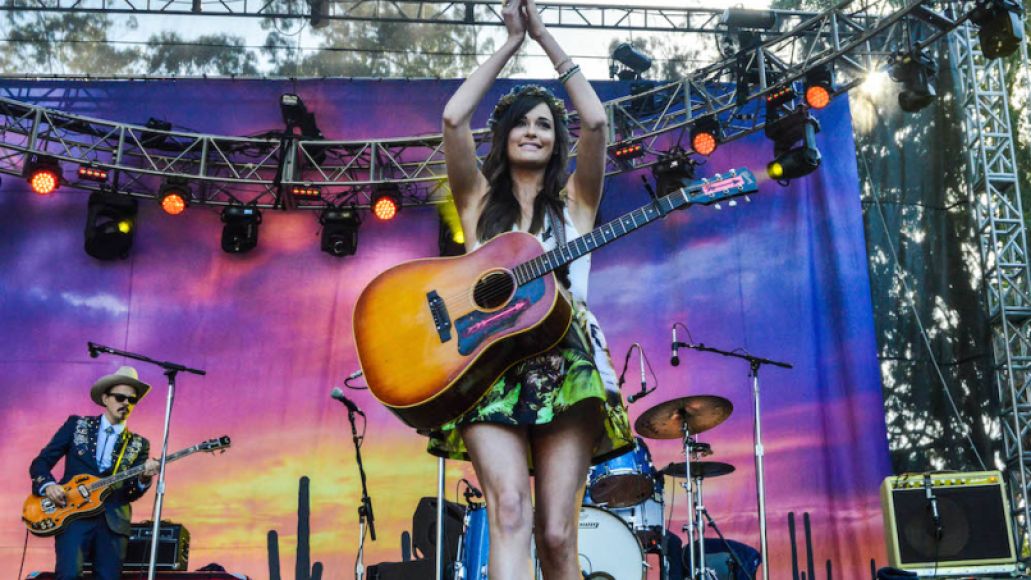 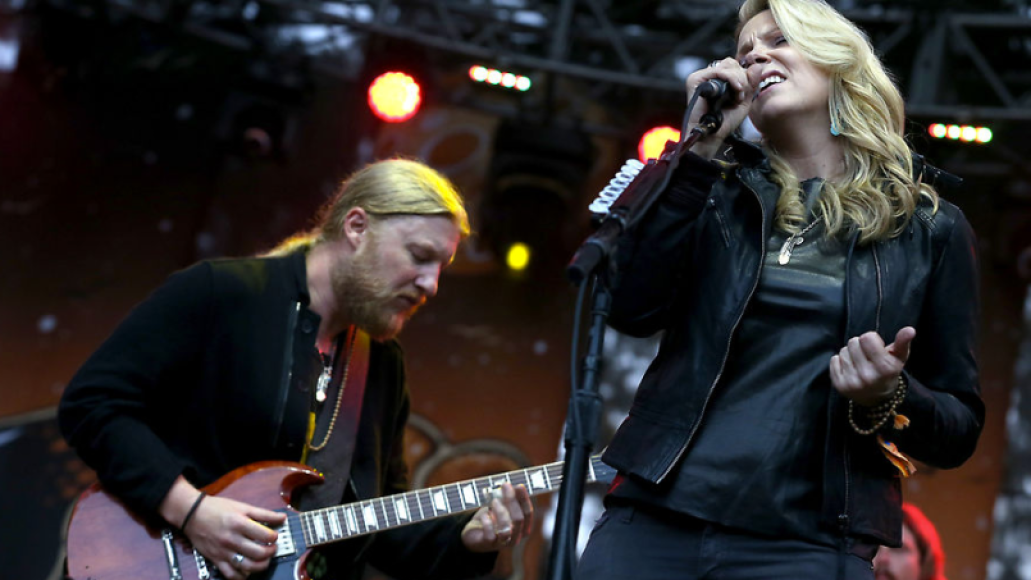 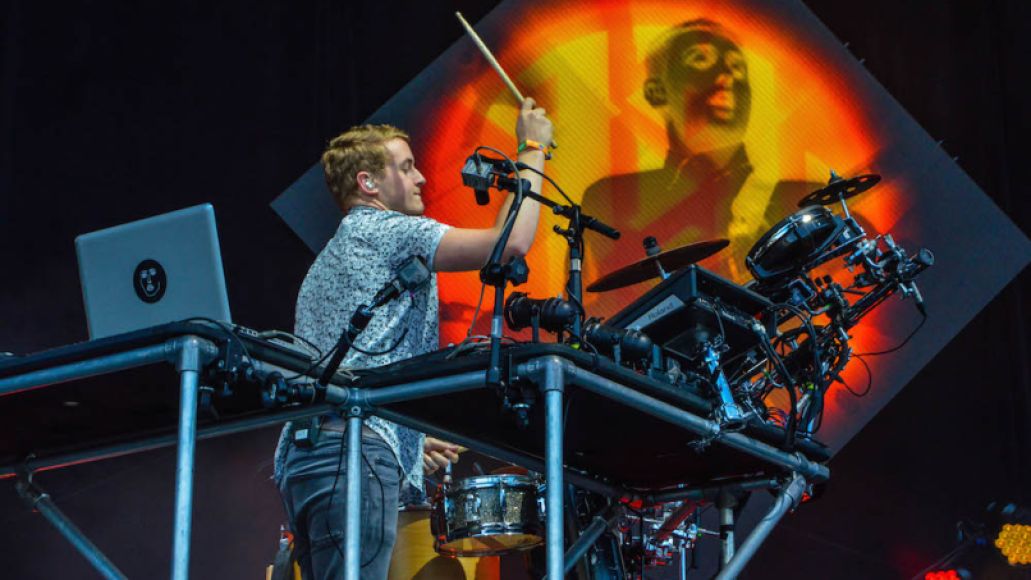 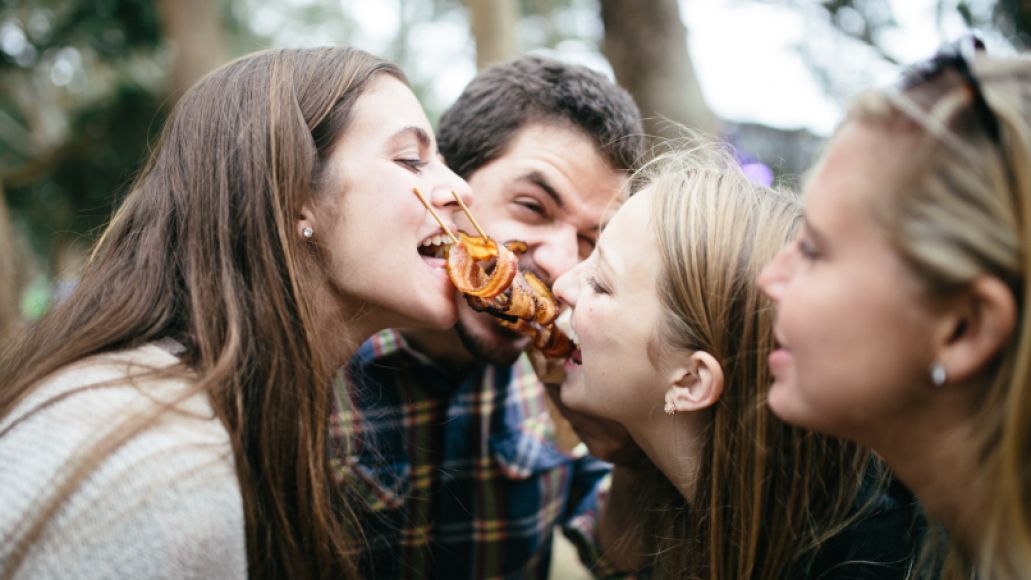 The smell of sizzling bacon just may be the most mouthwatering aroma on earth. What could possibly top that? Answer: five different kinds of bacon simultaneously sizzling in an open-air tent. Enter BaconLand.

Featuring $10 bacon flights and bacon-laced grilled cheese, the trippy neon booth drew a steady stream of foodies throughout the day. According to the chirpy brunette taking orders, a few folks even came back for second helpings. One man allegedly had thirds. Paging the paramedics… –Henry Hauser 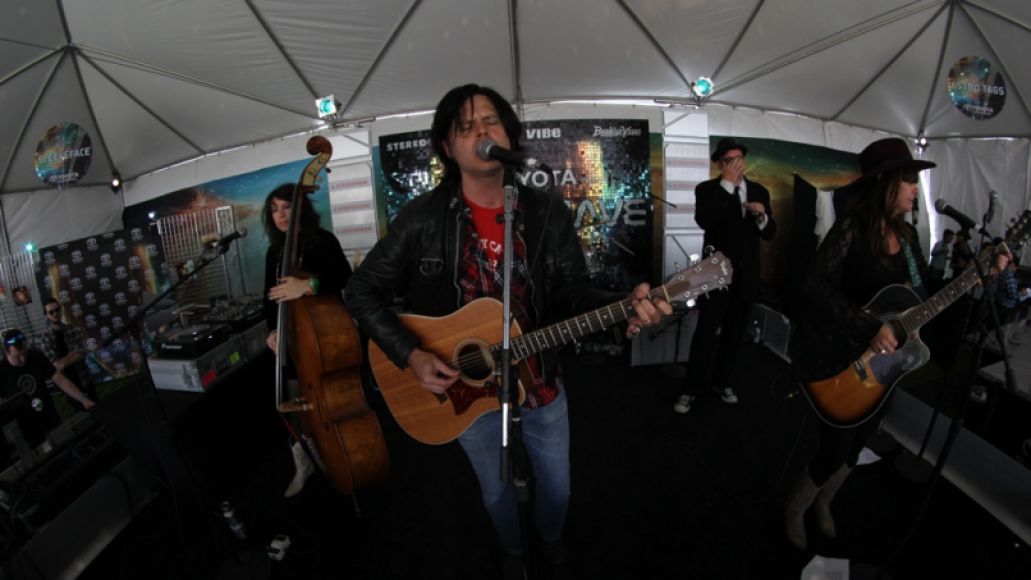 If the early bird gets the warm, then what’s the early band get? Noon may have seemed like a pretty ambitious tee time following long Friday night sets by Kanye and Arctic Monkeys, but Mexicali blues band Nocona was up to the task and then some. They literally couldn’t wait to get started. Though it’s hard believe, the Los Angeles-based five-piece actually jumped the gun on the noon kickoff, starting their set at 11:57 AM. Frontman and lead vocalist Chris Isom was fired up on “Whites of Your Eyes”, as he rattled off lyrics atop a stand-up bass and Elan Glasser’s peeling harmonica. Navigating some tricky time signature shifts, the band was sharp and precise. “Hated”, a bizarre folk song that plays like a one-star album review, had Isom whining: “You can’t play guitar/ And your lines insipid, bay-bay!” But don’t fret, Nocona. After hearing your Saturday set performance at the Panhandle stage, we’ll think twice before writing anything nasty. –Henry Hauser 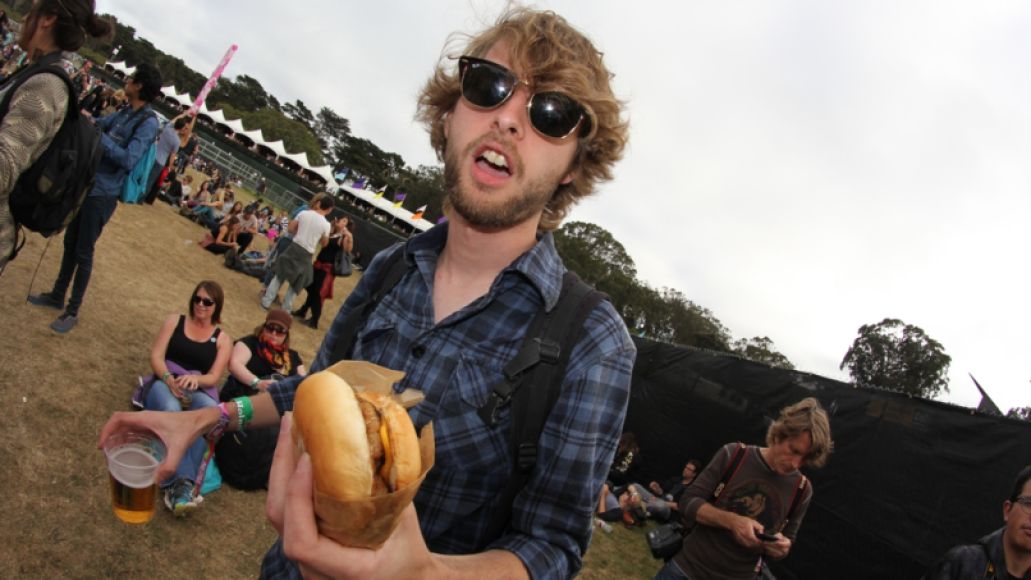 Big Chef Tom’s pork belly burger is a petite sandwich that’s hearty enough to soak up the booze and easy to carry one-handed while you text your friends to find out where to meet up for the next set. Rosemary mayonnaise, apples, cheddar cheese, and a juicy (but not greasy) half-pound patty create an unexpected combination of flavors between a toasted bun. It tastes a bit like a sausage egg McMuffin and sustains you for hours, so you’re not reaching for your wallet for an additional tide-over meal or stuck in the long food lines that form late in the night. –Allison Pelfini