Welcome to Festival Outlook, a new supplemental column that will provide more in-depth analysis for the rumors found on Consequence of Sound’s Festival Outlook. In this installment, Michael Roffman, Alex Young, Frank Mojica, Carson O’Shoney, and Josh Terry revisit this past Spring’s power rankings for the top 10 festival headliners and re-assess accordingly for summer.

Frank Mojica (FM): So, recently at the Council of Festival Illuminati, we revisited the crop of North American music fests and, after careful analysis and deliberation, adjusted our power rankings for the summer. And now it’s time to do the same for the headliners.

One question that continues to surface is how important is the headliner in 2014? We saw at Coachella that they really don’t matter so much anymore, but that seems to be less true for other festivals. Will they eventually follow suit, or is Coachella an anomaly? Will the reception of Kanye West be better at Outside Lands? In any case, we are midway through festival season, Bonnaroo has come and gone, and so has Lollapalooza.

What stands out to everyone? Which top-tier artists have been both a triumph creatively or commercially for these fests? Or better yet, both? What hasn’t worked? 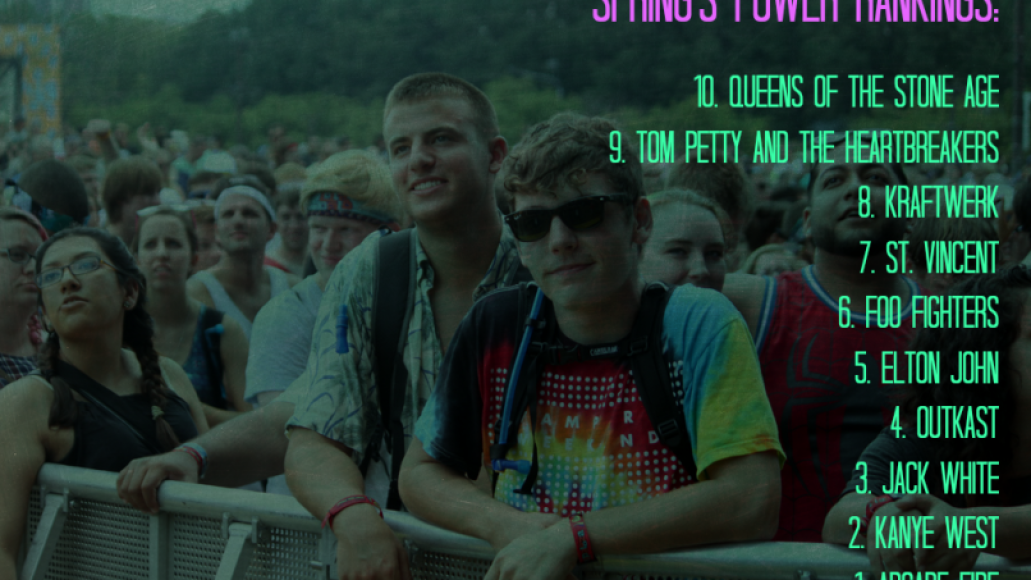 Michael Roffman (MR): I’d say at face value, headliners are still very important in moving tickets. You can’t sell out a festival with a poor assembly of top talent, but here’s the switch: You can get away with mundanity if you layer the festival. Coachella was a great example of this, same with Bonnaroo, and Lollapalooza followed suit this past weekend. In fact, the weekend was a major success thanks to all the staggered acts. Never once did I feel pressured to only see two headliners. Eminem and OutKast both proved extraordinary, but if they didn’t, there was always Phantogram or Jenny Lewis, respectively. Sunday was even better with almost every top genre covered to cap off the weekend: Kings of Leon (rock), Chance the Rapper (hip-hop), Darkside (alternative), and Skrillex (EDM). As I said … layered.

But not every festival has that luxury, so headliners take precedence. With that in mind, I don’t think there’s any better headliner to reign over a festival than Jack White. Hey, I don’t even like the guy’s music anymore — well, outside of The Dead Weather — but I’ll be the first to admit that he’s owning every festival slot he’s been booked for, thanks to his impromptu covers and choice back catalog selections. He’s a born performer, and if you do love Jack White, especially his latest offering, Lazaretto, then you’re in for even more of a treat, expecting to hear both new material and surprises. Again, I’m not a fan. I probably won’t listen to Lazaretto again this year, and I haven’t even seen him on this run in person, but I can’t think of a better headliner out there.

What about Arcade Fire, Mike? They’re a close second. The problem is they’re not really a festival headliner this year, save for their appearance at Coachella and Glastonbury. Had they appeared at Bonnaroo, Lollapalooza, or even Austin City Limits, I think they’d be a shoe-in for No. 1, but I just don’t think it’s fair to those acts that actually have signed the dotted line with Superfly or C3 or AC Entertainment. Having said that, they’re without a doubt the live act to see, and if you haven’t seen them on this “Reflektor Tour,” you’re missing out. 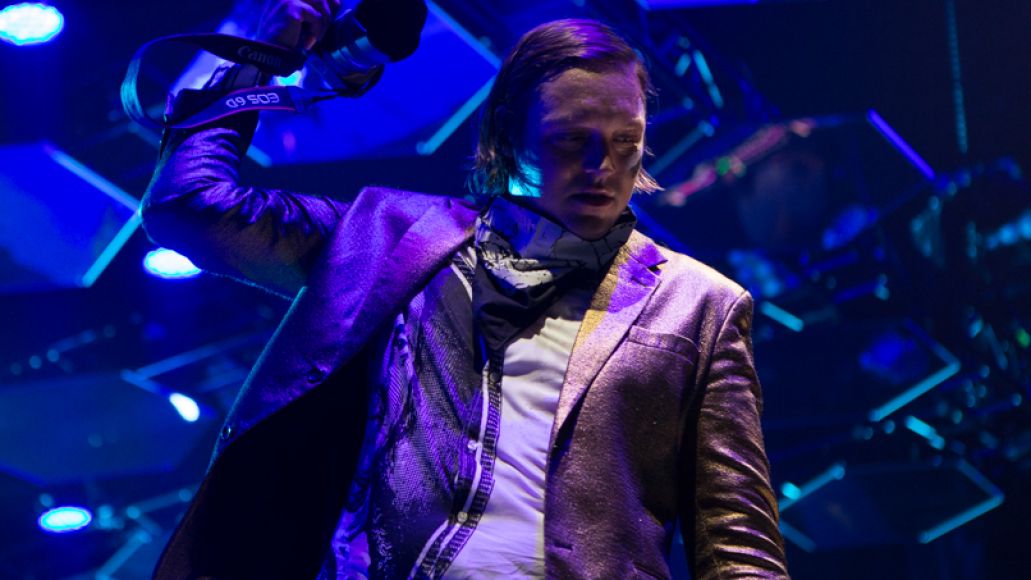 Alex Young (AY): I think a headliner’s importance certainly varies depending on the festival. I also think it varies based on the headliner itself. In my mind, the reason Jack White and Arcade Fire are the consensus top two headliners in 2014 is because their performances aren’t just of the utmost quality, but also offer variety. I had the opportunity to see Jack headline Bonnaroo and Forecastle this summer and both performances were widely different due in part because Jack doesn’t use a setlist and rather bases his song choices on the audience’s reaction. Not one of his shows are the same, yet each performance maintains the same level of excellence, which is why, even after two fixes in less than a month, I’m still chomping at the bit to see him again. The same can be said about Arcade Fire, as well as Beck and Ryan Adams, all of whom have incorporated the same level of uniqueness into their own recent sets.

With such headliners, each performance proves all the more special and memorable. At both Bonnaroo and Forecastle, I heard general attendees and festival organizers alike raving about Jack’s performance, deeming it one of the best in the festival’s history. In a conversation I had with one of Forecastle’s chief organizers, he explained that he was a little worried about how Jack’s performance would top what he did at Bonnaroo, yet somehow the Third Man rocker managed to blow any and all expectations out of the water. I think that’s the benchmark of a great headliner, to exceed the gold echelon already expected of you and to leave attendees with a lifetime memory. 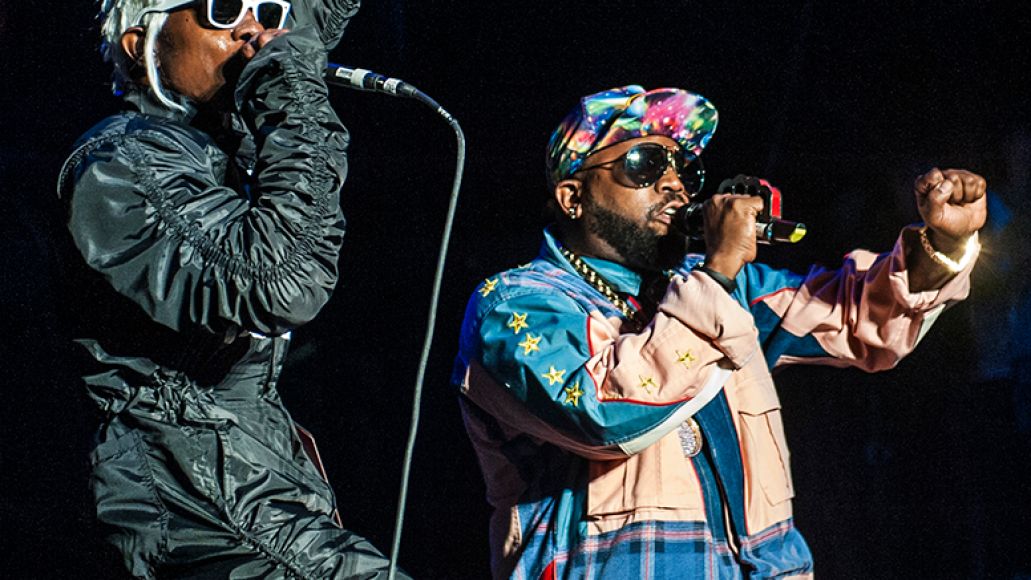 Carson O’Shoney (CO): To think, this was supposed to be the summer of OutKast. When they announced in January that they would play 40 festivals in their first tour since 2001, I would have predicted they’d be the clear-cut champion of a power ranking like this one. 40 festivals? That’s an impressive number, and even in a time where headliners are looking too similar across the board, it was seen as a welcome return for one of the most beloved hip-hop groups of all time. However, they got off on the wrong foot in their first performance back at Coachella and have since been so ubiquitous that it’s not as special or exciting as it could have been. Don’t get me wrong, since that ill-fated first show, they tweaked their game plan and have been consistently killing it at festivals across the world. Their headlining set at Counterpoint was everything I hoped for and more.

But unlike Jack White and Arcade Fire sitting at the top of this list, OutKast have pretty much stuck to the same setlist at every date of their festival tour. That’s a fine strategy for some, but when you’re headlining just about every festival out there, changing things up every once in a while can go a long way. There’s a reason you’re gunning to see Jack again, Alex. You just never know what he’s going to do. He might bust out a Lorde cover or pull out a White Stripes deep cut. With OutKast, you’re gonna get the hits. It’s going to be fun as hell, but you’ll still get the same set no matter how many shows you go to. That’s why they’re only at No. 6 on this list. That’s still a solid position in the grand scheme of things, so all that said – if you somehow miss them this summer, you’re gonna regret it. I guarantee it. You just won’t need to see them a second time. 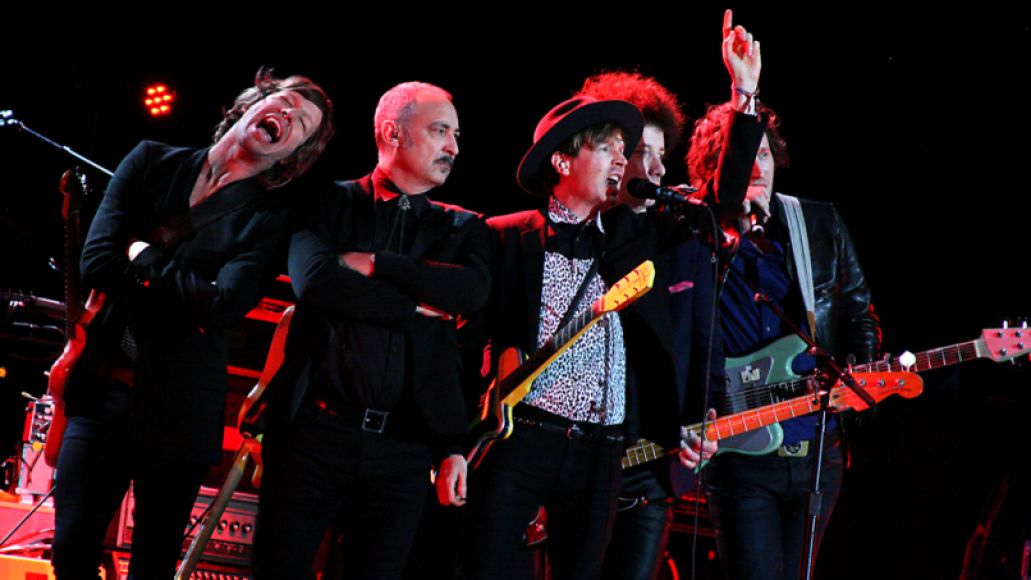 On the other hand, when Morning Phase first came out, I thought Beck would embark on an all-acoustic tour. Then he started showing up at the top of lineups, and I wondered how well something like that would go over for a festival crowd. I adore that record, and most of his other acoustic works, but that type of music just does not lend itself to festival headliner status. In hindsight, I should have known better, as he proved me very wrong. Sure, there are still sections of his show that feature his softer side, but it’s just a small portion of the show — the majority of it covers the big, raucous rock songs and the ass-shaking funk of the rest of his catalog.

He’s playing all the crowd-pleasing hits, but he’s changing it up enough to keep things interesting – from Midnite Vultures deep cuts (“Get Real Paid”) to splicing in covers in the middle of his own songs (“Think I’m In Love/I Feel Love”). He’s been on fire this whole tour, his festival appearances notwithstanding. While an all-acoustic Beck would be a thing of beauty on its own, it would never go over as well as his current show at big festivals like Forecastle and Pitchfork. I’ve never been more happy to be proven wrong – and after seeing the show for myself, I might even bump him up to No. 3 on this list.