The selection of a single is a vital step in the promotion of an album. Often, but not always, it makes or breaks the general interest in an album. A single should have immediacy. It should seek to grab the listener’s ear, not just on first listen but immediately, because we often give songs only a fraction of their duration before making judgments. The songs on this week’s countdown, then, are unconventional. From black metal to abstract hip-hop, these tracks instead hone in on their disparate styles and twist the rules by which their genres usually operate. No doubt these bands are trying to promote future releases, but instead of giving listeners what they expect, they’re giving them what they don’t expect — a refreshing change in approach. 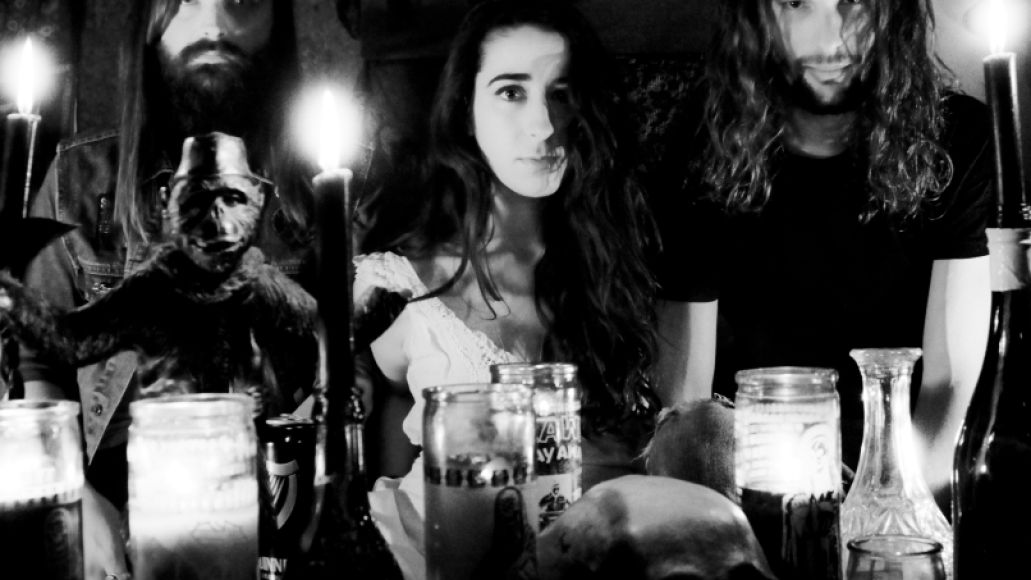 The Well’s new single, “Mortal Bones” (out September 23rd on 7” vinyl via Riding Easy Records), is a deconstruction of doom metal, borrowing the heaviness without limiting itself to contrived mysticism or predictable downbeats. If The Well wants to drop into a blurry psych freakout, they start smashing the pedals and get weird. If they want your head to bang, they drop the riffs, which are mostly played by bassist Lisa Alley. She dominates the track with her vocals (mixed with reverb to an ominous effect) and expressive bass playing, which leads the band through a whirling buildup of fuzz before bottoming out into a reprisal of the sludgy opening notes. –Jon Hadusek