Marky Ramone, the last surviving member of The Ramones’ classic lineup, played drums for Arcade Fire as they performed “I Don’t Wanna Go Down to the Basement” and “I Wanna Be Sedated”. Watch fan-footage below.

Prior to their on-stage collaboration, the band fooled the audience into thinking Talking Heads were the night’s special guest by having the bobbleheads sing along to “Psycho Killer”. 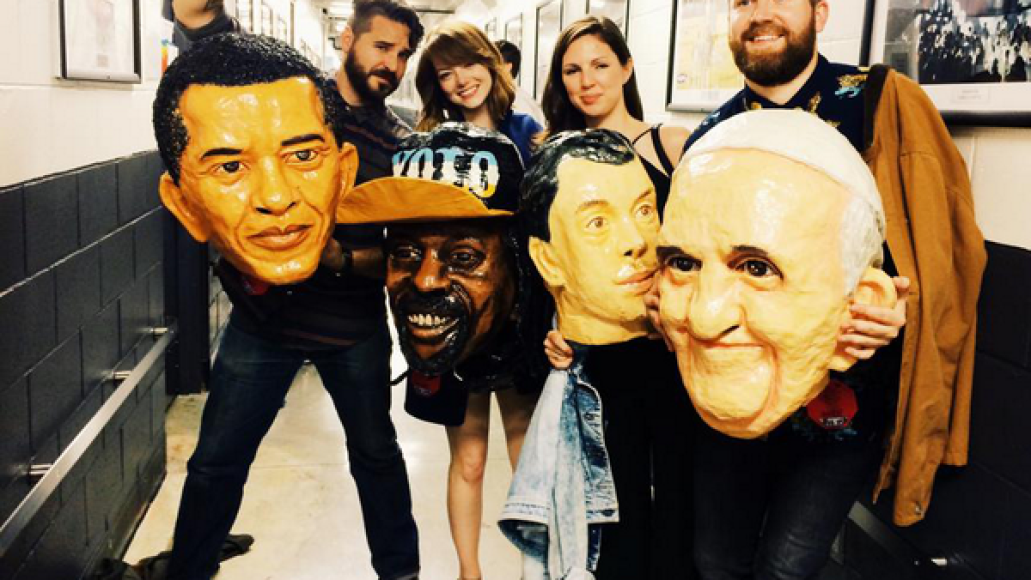 If Arcade Fire is looking for suggestions for night three, I hear David Bowie is local.

Watch: Marky Ramone joins Arcade Fire and performs "I Don't Wanna Go Down to the Basement" and "I Wanna Be Sedated"