One can only assume that avant-folk artist Willis Earl Beal has had a chaotic, often trying year. There was the canceled tour, the split with XL Records, the free, hastily dropped online EPs A Place That Doesn’t Exist and Curious Cool, and the cinematic release for the film Memphis, which he stars in and whose score he penned.

Yet, everything culminates this week as Beal puts out Experiments in Time — his third self-released album of the year and the only one he’s selling. It’s also his most confident, distinct, and quiet record to date, the sound of an artist finding peace even while his year has been filled with tumult.

Beal took the time to speak to Consequence of Sound about finding creative freedom, his issues with music criticism, and why drums can be confining for a songwriter.

What’s this past year been like with all the record label issues and the free releases? Where is your head at right now?

A lot of stuff always seems like it’s happening, but actually things are considerably slower than that. My day-to-day is really pretty lethargic, and I think that my new music probably reflects that. Usually things are happening more internally than externally.

Tell me about Experiments in Time, which is your third self-released album of the year.

That’s the first record I’ve ever done where I feel like it was a whole concept from the beginning, and it’s very consistent. It’s not going to interrupt you like some of the other records might interrupt you. This record really welcomes the listener because you want to listen to what I’m saying; what’s playing in the background isn’t going to mess your concentration up. Aesthetically, the music really effects a change in environment. If you notice, there’s hardly any percussion on the record. It’s very ethereal, and I think that’s kind of reflective of my day-to-day existence.

During Acousmatic Sorcery, as a result of feeling pressed down and controlled by everybody and society and everything else, I felt this real need to make a lot of noise. I wanted things to be harsh, and now that I’ve moved out to Olympia, WA, I’m surrounded by trees, I go on a lot of nature walks, I’m eating healthy, I hardly ever drink alcohol anymore. That really ethereal sense comes through in the music, but there’s still some loneliness. There’s a lot of space. Sometimes things seem kind of like purgatory, like nothing is happening. There’s this impenetrable stillness. 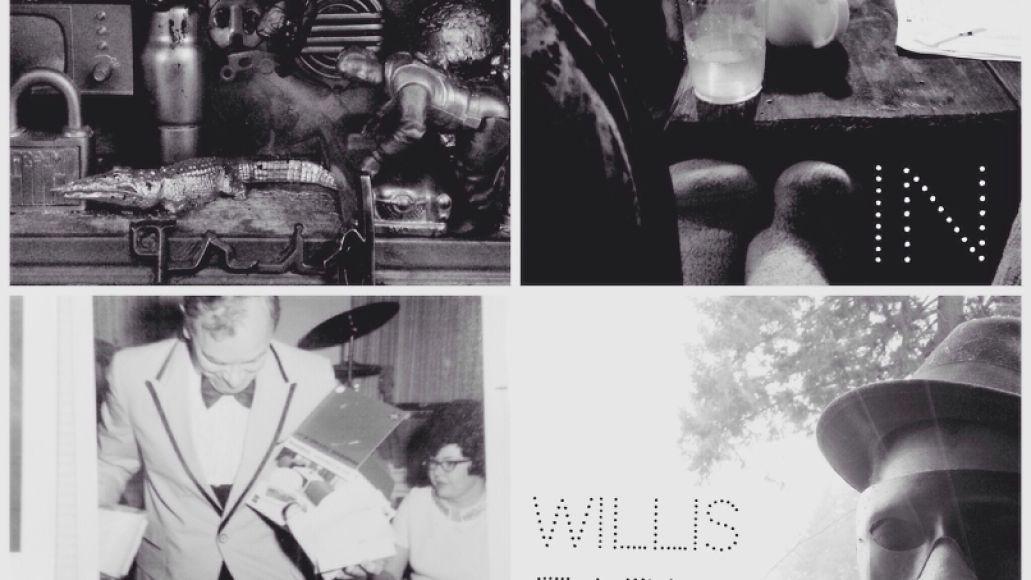 Did you feel it would be more freeing if you left XL Records and did your own thing? Why was it so creatively limiting to work with them?

Yes, but I’m not referring to XL Records. XL Records virtually had nothing to do with it. I’m talking about Hot Charity. We developed a strange relationship because when they first got me I didn’t know what the hell I wanted to do. I was only enthusiastic about the monetary side of things because I was basically poor. When you’re a financially vulnerable man-child who never really had to do his own business, what you have is the potential for some inconsistencies. [Hot Charity] was just starting out as well. I just didn’t have the proper time I needed to get my process together, but I had the money and I had the hype, and I felt like we were trying to take advantage of the hype before we got something substantial.

With Acousmatic Sorcery there was a feeding frenzy on the part of Hot Charity and certain folks in the underground for there to be some product available, and I felt people had a good response, but it was all based upon a sort of fake hierarchy, this preconceived notion. It was also based upon the proliferation of this shitty backstory of “he’s an outsider artist.” The high art people would look at it and say, “Well, obviously this is profound because he is an outsider artist.” And the other folks who were expecting the blues would say, “Well, this is shit because this is not like Robert Johnson at all.” But I never intended on being Robert Johnson, nor did I intend on being an outsider artist. I was just a person who wanted to express himself and make a couple of bucks on the side. And Hot Charity didn’t understand who my market would be, and over time I started to actually become someone, and they didn’t like that. They felt I was being ungrateful.

I’ve read a lot of reviews of yours where critics seem to obsess over two essential things: How sad you sound in your music and how grainy or lo-fi your recordings are. Do you think those declarations are confining for people looking to discover and get into your music?

Yeah, it’s very confining. That’s why I think music criticism is completely asinine. It’s an irrelevant profession. [You] should learn how to create something yourself or talk about how it makes you feel and be really, truly sincere about your interpretation of the music without preconceived notions. You can be smart and talk about things without saying “It’s great” or “It’s terrible”; it’s called objectivity, and I know it’s difficult to achieve. But we should all strive for it. Critics want to sensationalize; they want to influence culture. 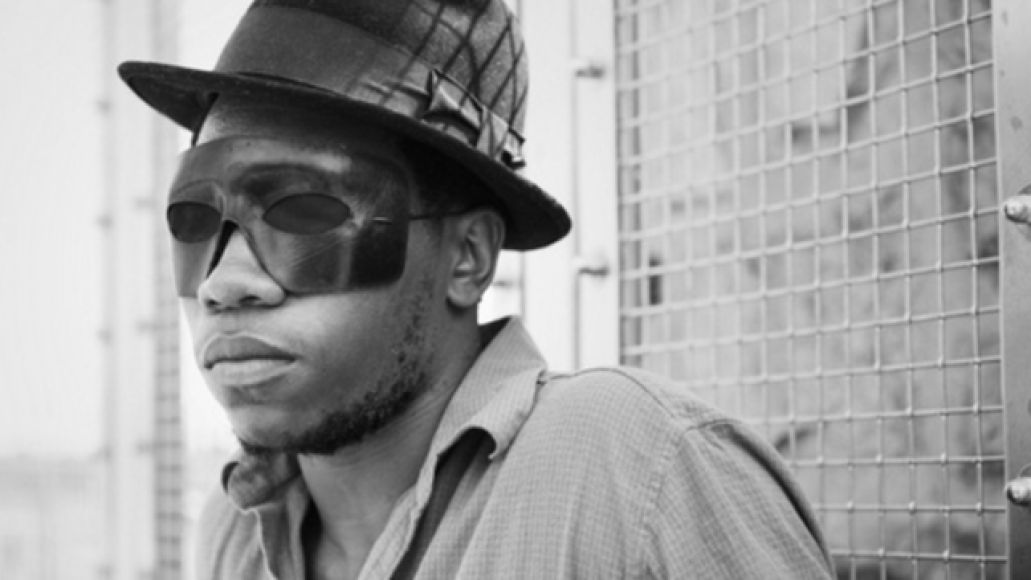 My favorite quality of your music is the way your songs meander. On Experiments in Time, there’s no real momentum, which is a beautiful thing because steadfastness is so unsettling in music to me. Was this an intention of yours, to forgo linearity and basic song structure evolution to create a mood above all?

Absolutely. I get so tired of percussion all the time, and its tendency to want to accomplish something and get somewhere. It may not be much — I don’t have any illusions about the limitations of my music — but it took me a long time to get to the point where I can be intentional about meandering. You look at a song like “To Dry to Cry” [from Nobody knows.], and that is pure limitation. That is me just doing what I can to make a song. The reason it has that percussion is because I hadn’t developed the ability to create soundscapes. I feel like Experiments in Time is very rudimentary. I’m stepping into that area of creating soundscapes, and it’s very exciting to me as an evolving musician.

I remember reading somewhere that you’re a Lana Del Rey fan, which is really interesting because I find some sonic and conceptual similarities but you two.

Yeah! When she came out, I read an article about her in the Chicago Reader, and I think the terms they used to describe her was a “hip-hop Nancy Sinatra,” and I just thought, “Fucking yes!” I feel like Lana Del Rey is kind of an amalgamation of all the old things and the new things that we’ve been imbibing in the last 30, 40 years. I do feel like we’re kindred spirits, but I’m not saying that so she can reach out to me. Her music is a very special thing. It’s a sign that the general consciousness of the pop listener is elevating.

You’ve talked about synesthesia before and how it inspired the title for Experiments in Time. How does your ability to see colors and shapes of sounds affect the way you write and record music?

I feel when I listen to music and close my eyes, I don’t just hear sounds. They become three-dimensional to me. I really discovered this when I was in Amsterdam, and I was smoking marijuana like tourists do. I was really high and I came into the studio, and [though] I’m not classically trained in any instrument, I found that it was so easy for me to get fascinated by these simple sounds.

Every note that you play on the piano, you’re guided by the sound and the shape of that note and the color of that note. And sounds do have color. You could get deeper into it, like, “Does the sound only have that color because of your cultural influence to see a color and associate it?” But sounds do have color, and they have shape. And sounds are physical. They’re waves; they’re bubbles. They’re like water and oil. These things morph. They’re like a pattern. It seems alien, but we all have the capacity for it. That’s why I’ve been able to create music despite the fact that I’m not trained and I don’t read notes: because I’m tapping into something that’s a lot more ephemeral.

One of my favorite songs on Experiments in Time is the track “At the Airport”, where you depict this lonely, mundane scene where everything seems so horribly sterile and untouched by human hands. What inspired the lyrics?

Well, you say horribly untouched, but I say beautifully untouched. When I was a little kid, the first time I went to the airport I felt like it was this alien, sterile kind of thing. I felt like the entirety of the airport was getting ready to blast off because the airplane sounded like vacuum cleaners and waterfalls to me. You feel like you’re in a giant spaceship, and all these people are moving around and everything is shiny and silver. That was the inspiration: How abstract an airport can be for a small child.

Another song I really loved on the album was “Monotony”, where you say that “Monotony is holy” and that “It won’t hurt me.” Connecting that to “At the Airport”, are you maybe finding some poetic peace in that cleanliness or sterility?

Yeah. Well, the entire record is one dream. I feel like they’re different aspects of the same dream. Each song sounds very similar. I’m trying to find peace, and I think I find more peace in embracing that sterility rather than trying to muck everything up and get down deep. Before, I had a tendency to try and explore my lascivious tendencies and all the deep, dark dirt. But now I’m feeling more like embracing what is right in front of me.

What immediate goals do you have for your career at this point? You’ve already had a busy year, but can we expect anything else?

Right now I’m working on an album in the vein of Experiments in Time, but rather than being gray and silver, it’s going to be gold. I’m going to call it The Golden Hour. It’s just really old-fashioned and intimate, and it’s going to focus on the nature around me that I’m looking at. Maybe there will be a couple of love songs on there. I’ve already got seven songs, but I’m not really sure how they jell yet. I’ve had a couple requests for private shows, but I don’t have any plans to tour at all. Touring is a real drag. My goal for this year is to make enough money to pay the grocery bill.