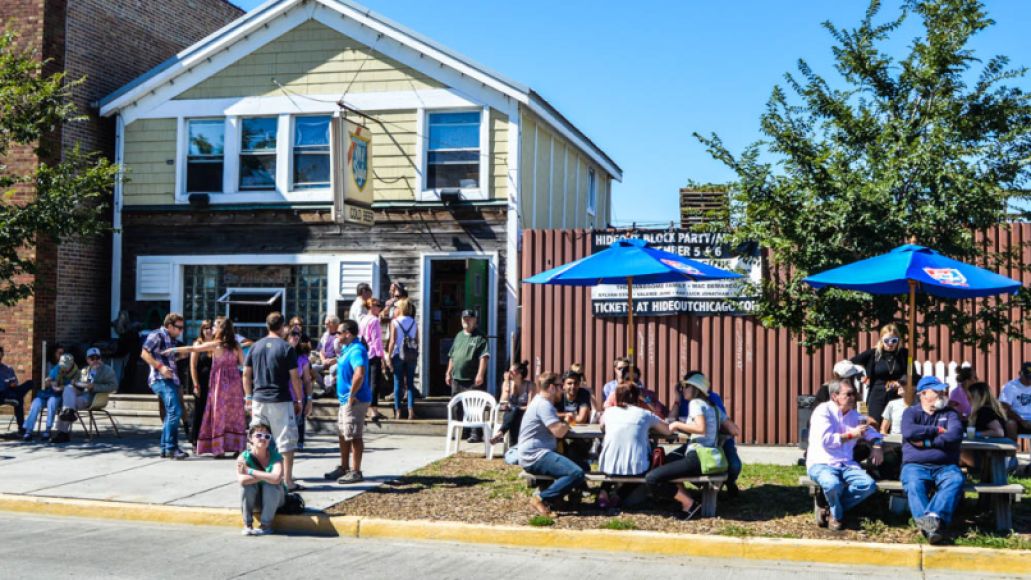 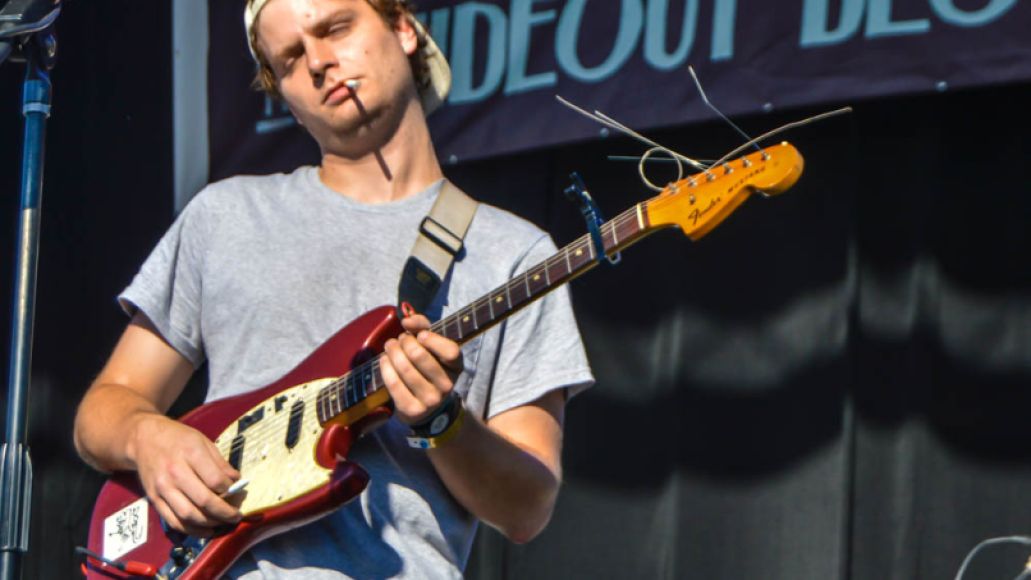 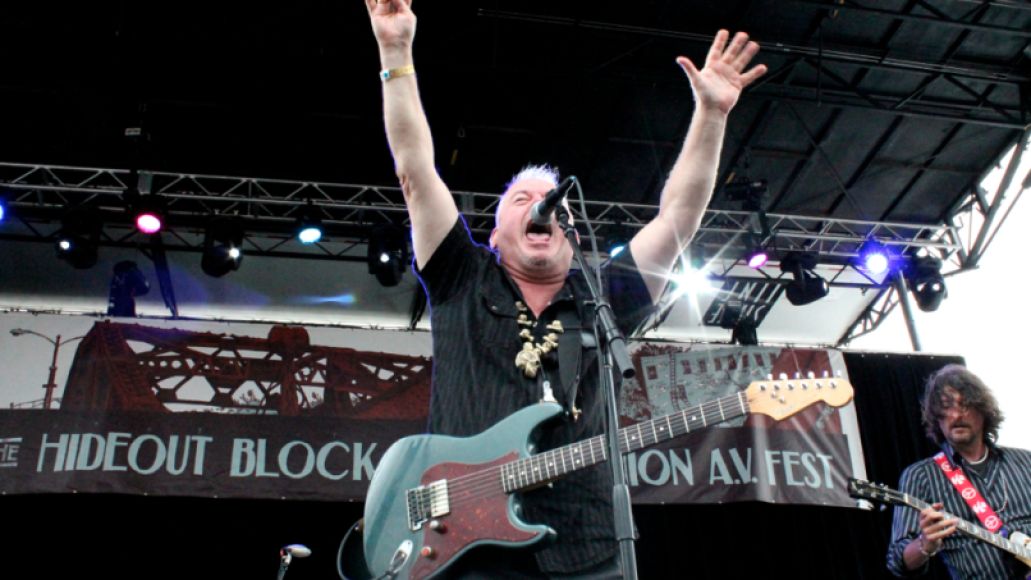 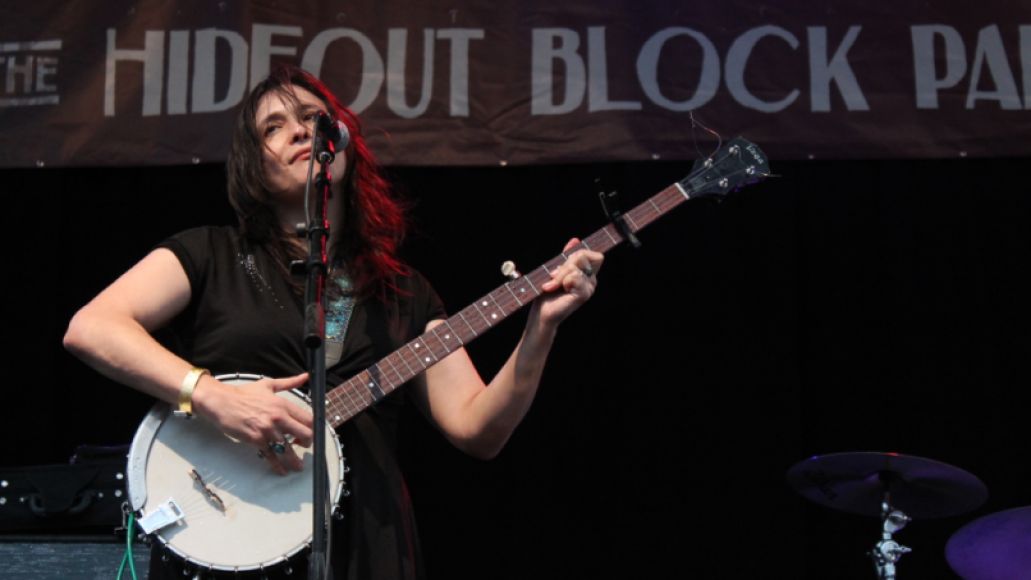 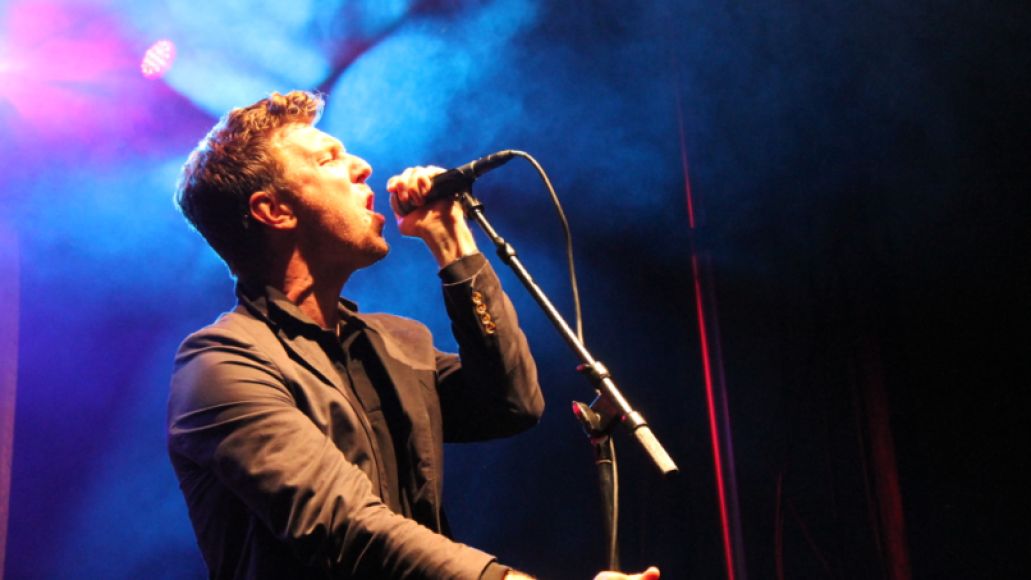 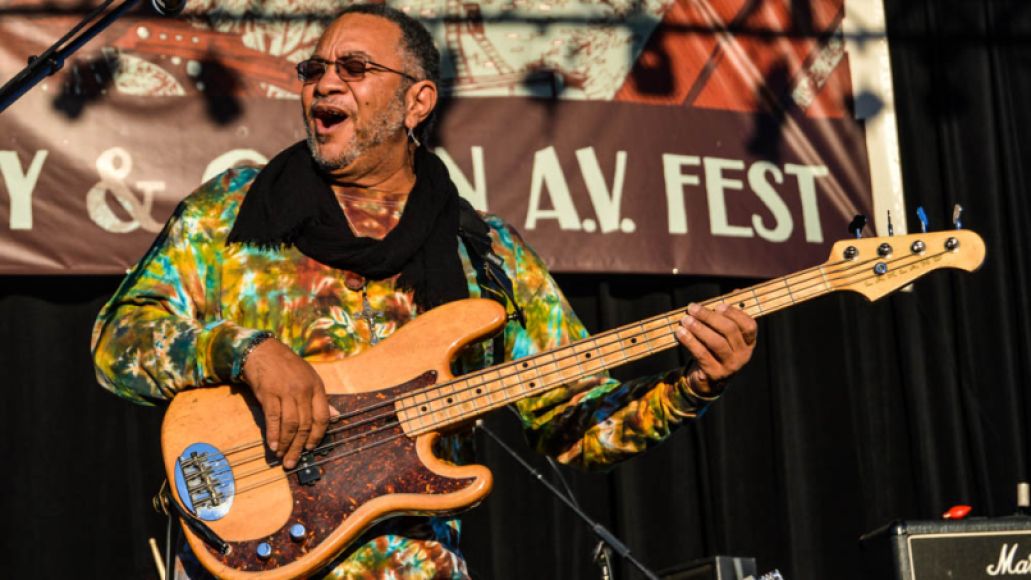 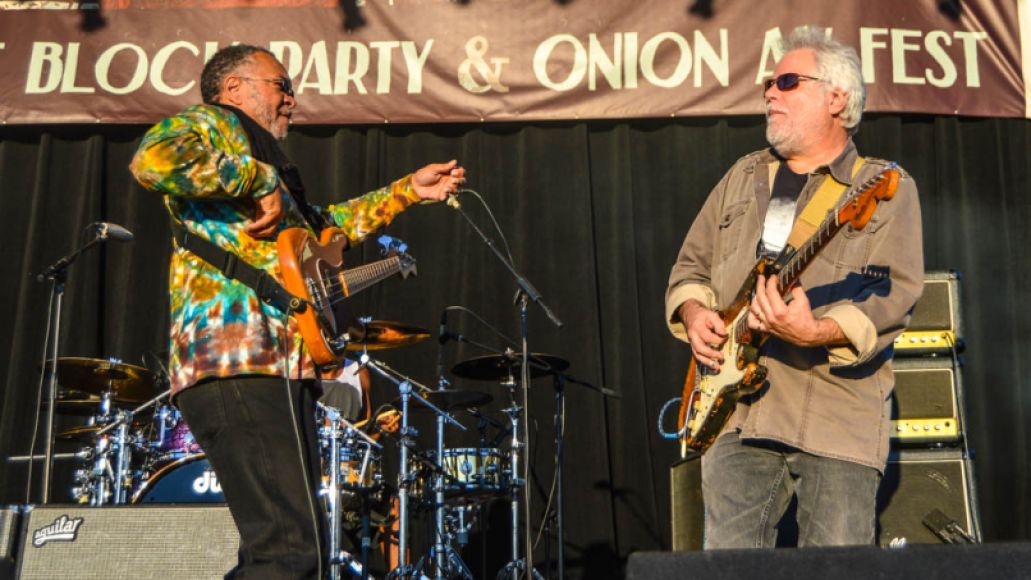 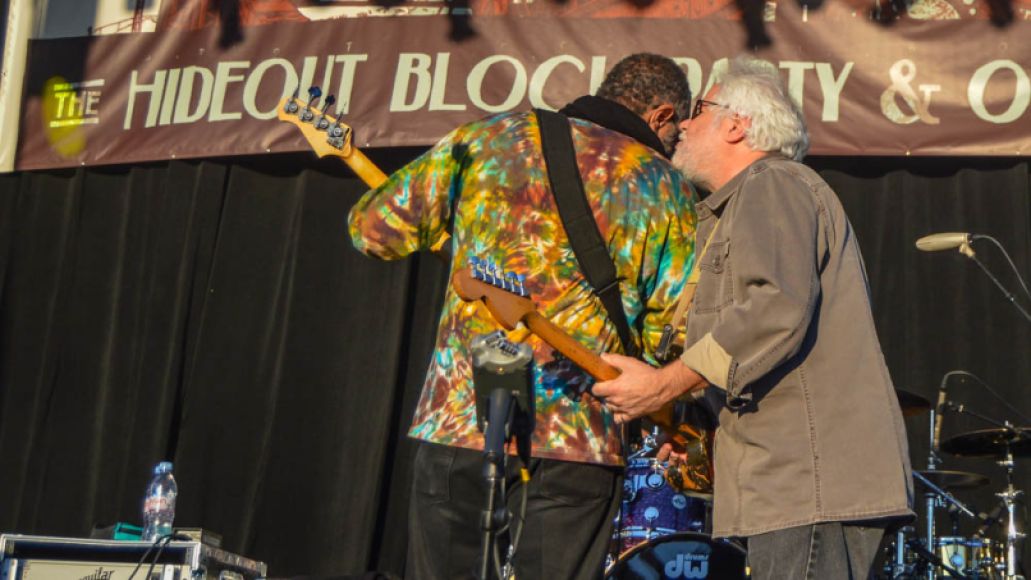 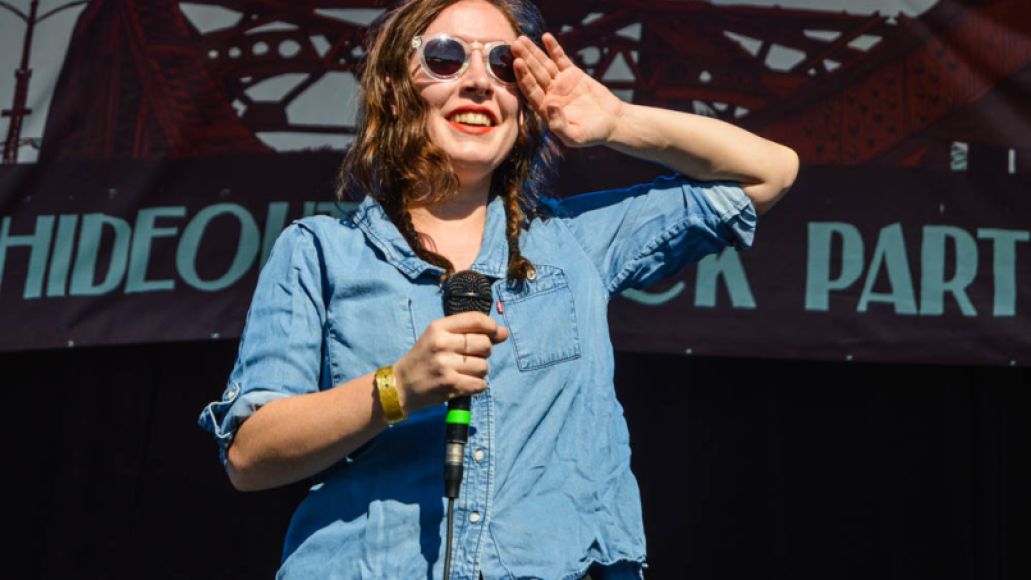 Sylvan Esso is a lovable synthpop duo from Durham, NC, that envelops Nick Sanborn’s thick, muscular beats around the acrobatic vocals of Amelia Heath. The band’s sun-soaked afternoon set was catnip to a crowd just starting to buzz on those cold Lagunitas brews, with bangers like “Hey Mami”, “Coffee”, and “Dreamy Bruises” raising arms, waving hands, and bouncing, bouncing, bouncing. Sanborn expressed a sense of displacement, saying the band isn’t used to playing outside of black box clubs. It shows, too, since their onstage presence consists mainly of a laptop, some knobs, and the duo’s negligible dance moves. A drummer couldn’t hurt. Just sayin’. –Randall Colburn