There are those who believe that when it comes to Interpol, nothing — not even a brutal, lionized smash — will top Turn on the Bright Lights. Can you really blame them? That debut had everything to say, and nothing more, about what Interpol are all about: gloom with a lesser emphasis on doom, accessible abrasiveness, calculated (but not rote) disaffection. Bright Lights has become a classic — not a classic like your dad’s dusty copy of Unknown Pleasures, but by the measure of a certain crowd, sure. And, since its release, fans have been wanting for the spiritual successor they didn’t get with Antics.

This is not that album, nor should we expect it to be. Calling it a return to form would imply that the band lost its form to begin with, which, no matter what you think of their late-2000s output, isn’t entirely the case, either. Rather, El Pintor is a reorganization and regrouping. The departure of bassist Carlos Dengler, aka Carlos D, whose thick, menacing lows ran throughout the band’s best songs like a tripwire, doubtless led to some wit-collecting and, even four years on, a bit of winging it in the studio. But it has also forced the now-trio to consolidate their better traits and goaded them into making fresh music again. It’s all spelled out in the title: 2010’s earnest but slight Interpol, its basic elements rearranged into a more romantic anagram, El Pintor.

Interpol have learned to do more with a smaller bag of tricks, which means novel twists on the post-punk protocol are more noticeable than ever. You wouldn’t know it from the get-go — the tail-between-the-legs charge of “All the Rage Back Home” begins in spits and sputters but soon picks up momentum — but singer Paul Banks is a surprisingly competent, if not particularly intuitive, bassist in a pinch.

And he packs a lean falsetto, too. On “My Desire”, he sounds in danger of drowning beneath synths and Daniel Kessler’s scurrying guitar leads, but even so, there’s room in the bridge for a brief vault into an unusually high register. It’s there again in “My Blue Supreme”, perhaps the least-Interpol song Interpol have ever written. Banks tends to keep his vividly crushing despair separated from his clouded metaphors. Yet here he is, crooning up high about … something (his sports car?), before dropping an octave to dish out stern romantic advice. “Am I more soulful?” he asks on the following track. Oh, you bet. 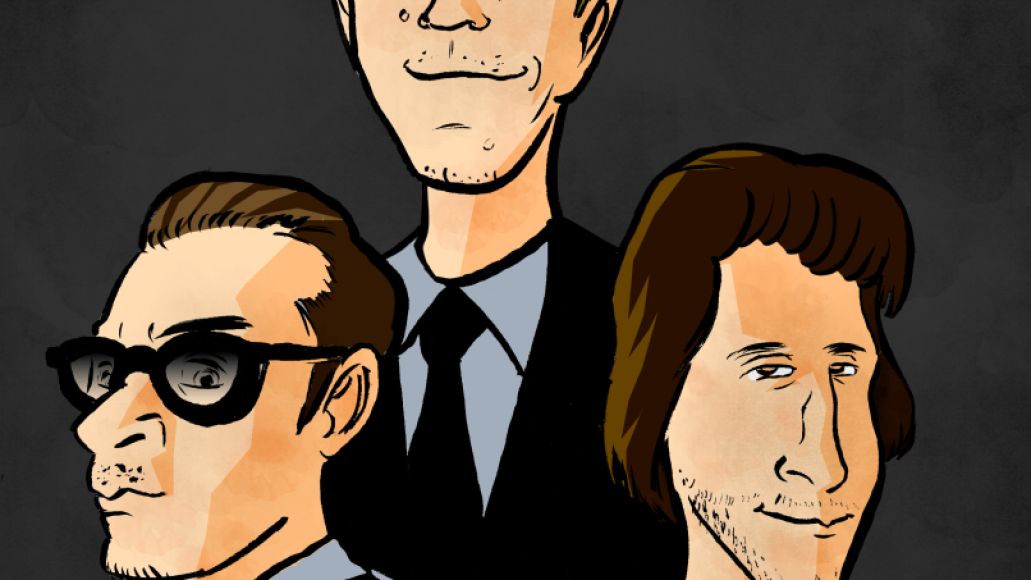 Aggression and gloom — two fraternal modes that form the core of the band’s identity — are hardly lacking on El Pintor. They are, however, smartly separated. “Breaker 1” weighs heavily on the latter; Banks calls out his “Come back, come back” refrain into the dark with all the expressiveness of HAL 9000. He’s lonely, desperate to establish contact — that much is apparent — but as the band traces manic-depressive circles around him, one wonders whether he’s still fretting over the woman from Interpol’s other numerical tune, Bright Lights’ “Obstacle 1”. That might explain the festering well of sorrow Interpol seem to have drawn from so consistently over the years, and here more than anywhere else on El Pintor. Then again, maybe she’s a new siren.

It’s followed by misery’s counterpoint: “Ancient Ways”, a punky firestorm of a single, which feeds off anger and a lacerating drumbeat. As a power trio, Interpol pack a wallop, perhaps (dare I say?) even more than they did as a quartet. El Pintor occasionally veers off into a heady haze or — in a delightful turn — a pseudo-metal breakdown (“My Desire”), but it almost always returns to that sleek, sinewy mixture of brightness and pitch-dark the band once perfected. Aside from lackluster ballads like this record’s “Twice as Hard”, they manage just fine on three legs, thank you very much.

Same band, new story. It’s a hell of a marketing ploy, and in the case of El Pintor, it also happens to be a true statement. Interpol sound more connected to each other as players and songwriters, the result of making music in closer quarters and in the midst of unfamiliar footing. This album would be best supported by a theater tour — a band of their stature and style would never, but while they’re at it, Interpol could stand to make this reorientation-out-of-necessity thing keep on paying dividends. It seems to be working well so far.