Bad Religion‘s casual fans are excused for overlooking the band’s short-lived foray into prog rock, which ended nearly as soon as it began, with 1983’s Into the Unknown. With its slower tempos and swirling synthesizers, the album trailed Bad Religion’s ferocious studio debut, How Could Hell Be Any Worse?, by only a year, and it was just about the last thing anybody could have expected from Greg Graffin, Brett Gurewitz, and co.

Predictably, it bombed. A rumor spread that, in an act of protest, fans returned nearly all of the 10,000 copies originally shipped. The story I heard first (and my favorite to this day) is that an embarrassed Gurewitz tried to buy back every copy he could find, eventually hoarding them all in his attic. Sadly, that probably isn’t true. The real story goes more or less like this: the band publicly repudiated Into the Unknown as a misstep and regrouped with the Back to the Known EP, returning to a hardcore sound that they’ve never since strayed far from.

Right about now you’re probably saying to yourself, “I thought we were here to discuss Stranger Than Fiction,” and indeed we are. But first I’d like to make a point, which is this: Despite all of their punk rock bravado, there’s something very conservative written into the DNA of Bad Religion. This started with the failure of Into the Unknown, a watershed moment that forced the band to confront a strange reality that applies to all popular music. At some point, a band eyeing real longevity has to become a brand — something that fans can trust to put out a consistent product. Notice how, since 1985, Bad Religion has basically been the epitome of this, keeping pace with late-era Springsteen in their dogged persistence to deliver exactly what the workingman craves: predictable song structures, scathingly populist lyrics, and, yes, the famous “oozin’ ahhs.” 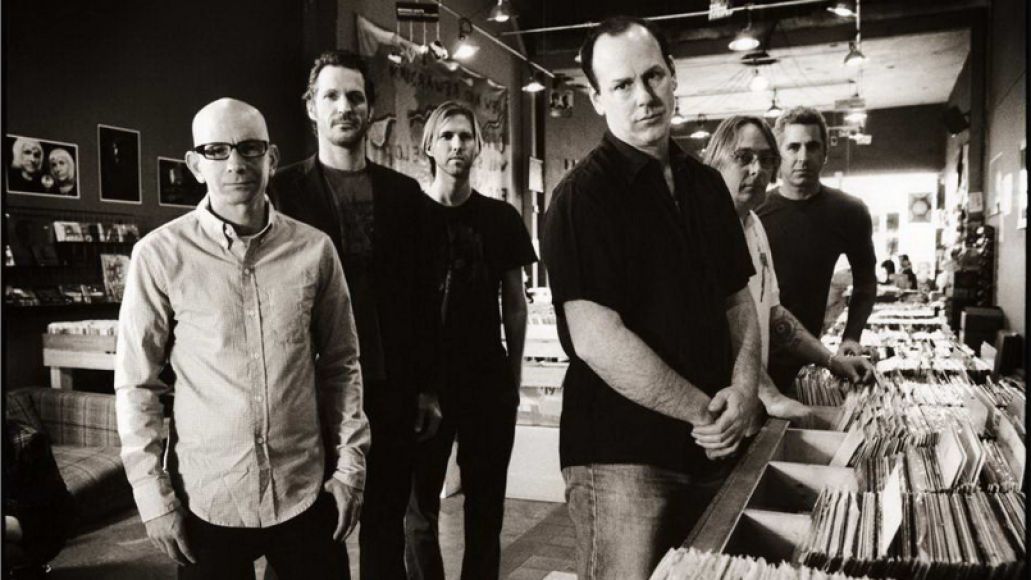 With this in mind, let’s travel back in time to 20 years ago today: September 6th, 1994, the day Bad Religion unleashed Stranger Than Fiction into the world. The album was their first release after moving from independent label Epitaph Records (which Gurewitz founded) to major-label behemoth Atlantic, and whispers of “sellouts” were growing louder in the days before the record’s release.

The band must have anticipated those whispers long before they went into the studio, because what they produced amounted to something quite different from selling out. Any new ground paved on 1992’s Generator and 1993’s Recipe for Hate is immediately dismantled by opening track “Incomplete”, an aggressive skate punk burner that would have felt right at home on No Control. And there’s no better way to say, “We’re sticking to our punk roots” than featuring Wayne Freaking Kramer on a lead guitar solo that’s as naked and raw as anything he ever played for MC5.

The Bad Religion that comes across on “Incomplete” and its equally pummeling follow-up, “Leave Mine to Me”, is a band that’s fully plugged into its brand. That’s not intended as a cynical observation; absolutely everything that makes Bad Religion what they are comes across loud and clear in these two tracks. There’s the chanted single-word chorus of “Incomplete” and the heavy-as-hell mid-tempo breakdown of “Leave Mine to Me”. There’s the off-puttingly philosophical lyrics and the power chords played so fast they kind of sound like riffs. And, perhaps above all, there’s nothing that could possibly be described as “funny business.”

That said, track three marks the point where Stranger Than Fiction begins to deviate a bit from the band’s tried-and-true formula, skirting around the edges of a pop formula that’s even more tried and true. The album’s title track was also one of its radio singles, and it’s easy to hear why. The “oozin’ ahhs” take center stage in the chorus, sounding more polished than ever before, and at about the 1:45 mark Graffin launches into a sing-songy Britpop breakdown that stands out as one of the catchiest moments on the album. This is Bad Religion trying to extend their audience beyond the hardcore scene without alienating their existing fans — an acrobatic move they pull off with surprising grace.

The rest of Stranger Than Fiction follows the blueprint laid out by the first few tracks: two or three songs of straightforward hardcore, punctuated by an earnest stab at radio stardom. The one track that truly deviates from the established norm is “Television”, which bizarrely features Rancid’s Tim Armstrong on lead vocals. In hindsight, this might be forgiven as another cheap and easy way of establishing some punk credibility, but Armstrong’s slurry delivery clashes with the locked-in chemistry of the rest of the band. Mark this down as one of the least necessary guest appearances of the 1990s.

The two songs that stand out most from the rest of the album also happen to rank among the band’s most enduring. “Infected” might in fact be the most successful Bad Religion song ever, and certainly it’s the one responsible for introducing the band to a younger generation of fans. It suffers a bit from having been played to death over the past 20 years, but there’s no denying the song’s airtight pop sensibilities. Ditto for album closer “21st Century (Digital Boy)”, a concert favorite that the band actually rerecorded for Stranger Than Fiction (it was first featured on 1990’s Against the Grain).

Both of those hits sprang from the mind of Gurewitz, who quit Bad Religion shortly after the release of Stranger Than Fiction to spend more time with Epitaph. Look at the album credits, and you’ll find that Gurewitz is responsible for nearly all of the poppier, more melodic songs that made it on the record. Perhaps inspired by Epitaph’s runaway success with The Offspring, Gurewitz seemed to be the one pushing Bad Religion in a more commercially friendly direction. The most compelling evidence for this is the polishing and rerecording of “21st Century (Digital Boy)”, which most of the other band members considered unnecessary and initially fought. Now that Gurewitz is back with the band, all of this is likely water under the bridge. But it’s a curious subplot that might help explain his abrupt departure and subsequent years at Epitaph. He did, after all, spend those years trying to build new commercial avenues for punk via the suburban mall-ready sounds of NOFX and Rancid.

Looking back, Stranger Than Fiction marks a turning point for a mature band trying to find its place in the pop-punk revival of the early 1990s. Some of their attempts to do so (ahem, “Television”) proved cloying and ineffective, while others built on their existing sound and thus plotted out the map for their latter-years success. By the time Gurewitz rejoined the band for 2002’s The Process of Belief, they were long past the experimentation stage. The Bad Religion of the 2000s and 2010s is a well-oiled machine, capable of satisfying the old diehards and the radio jockeys without leaning too closely in one direction or the other. They are, essentially, as much a brand as they are a band, which is more than most can say after 35 years on the job.