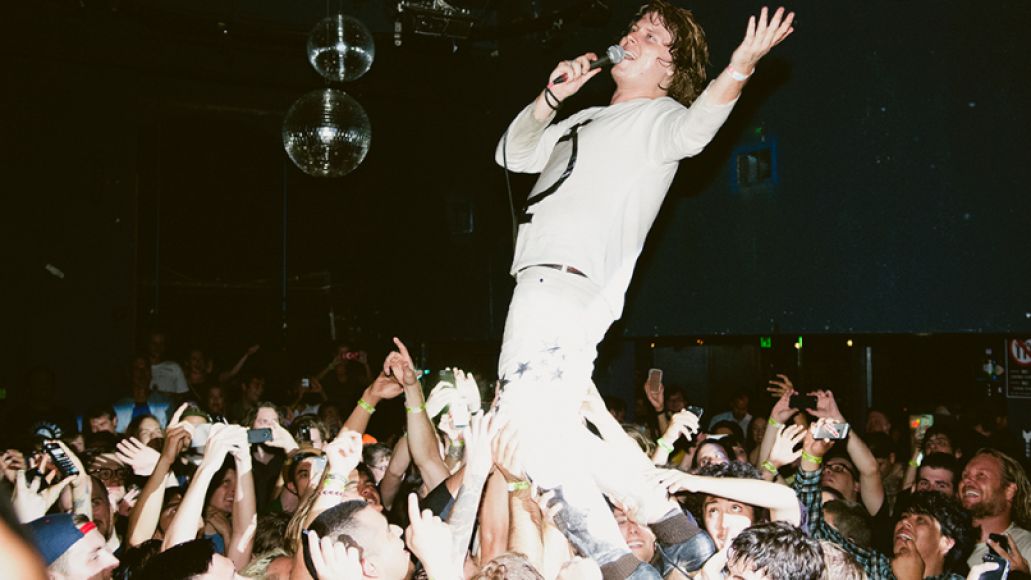 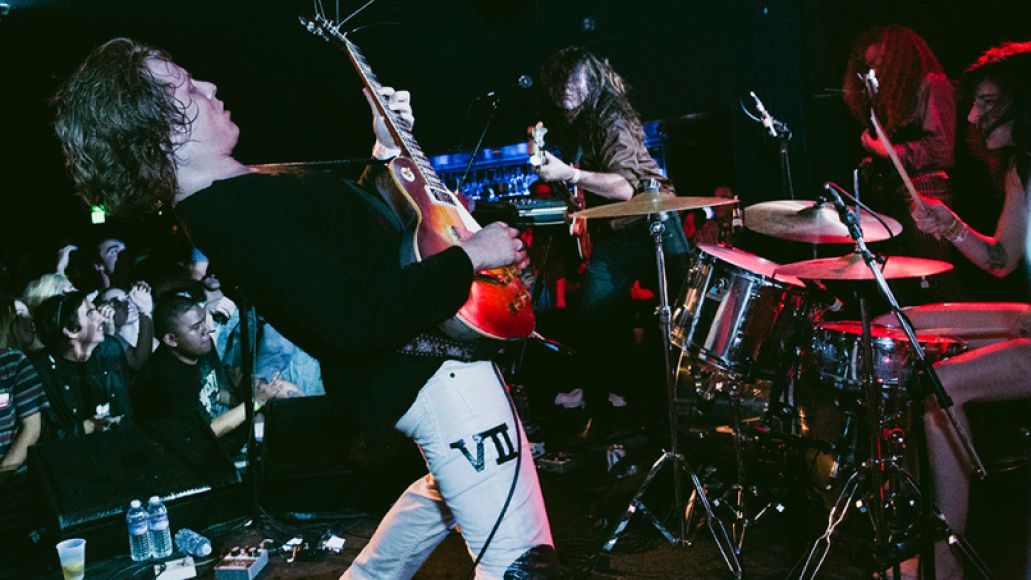 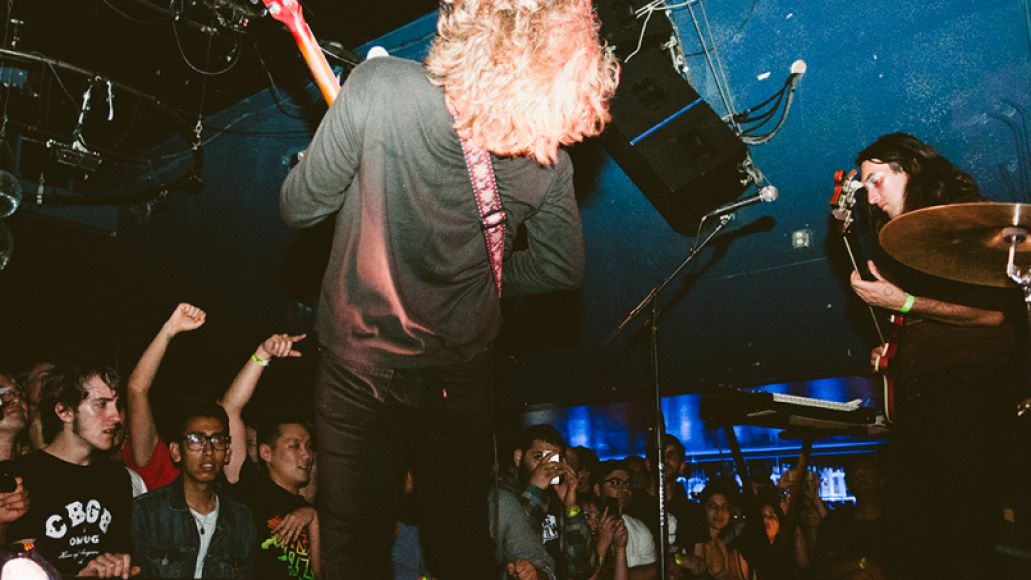 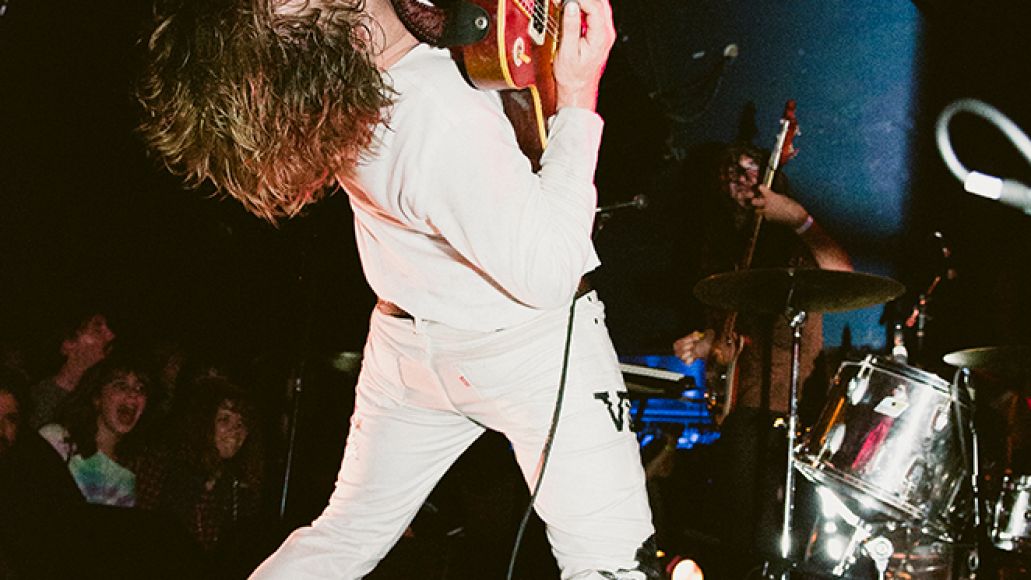 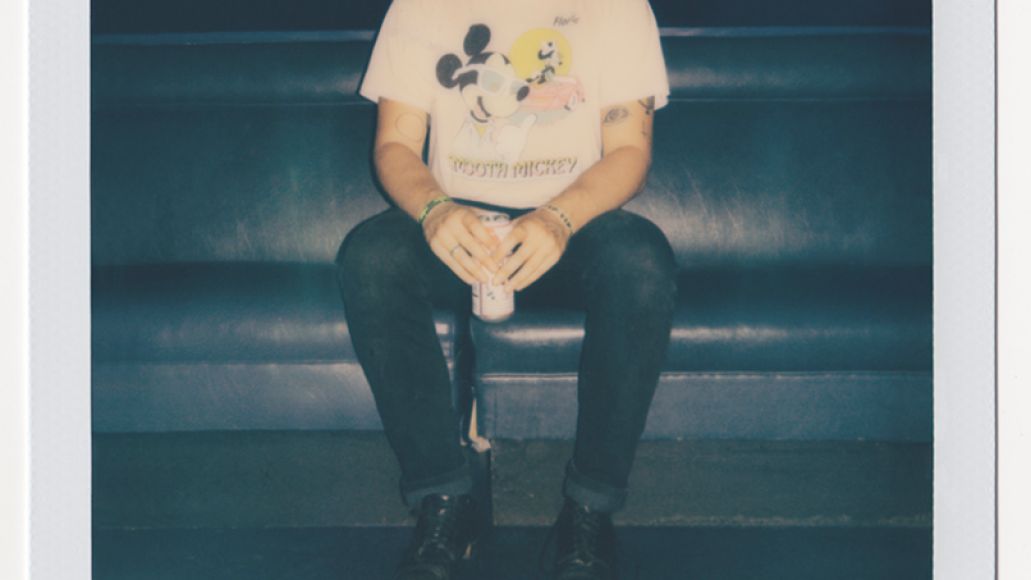 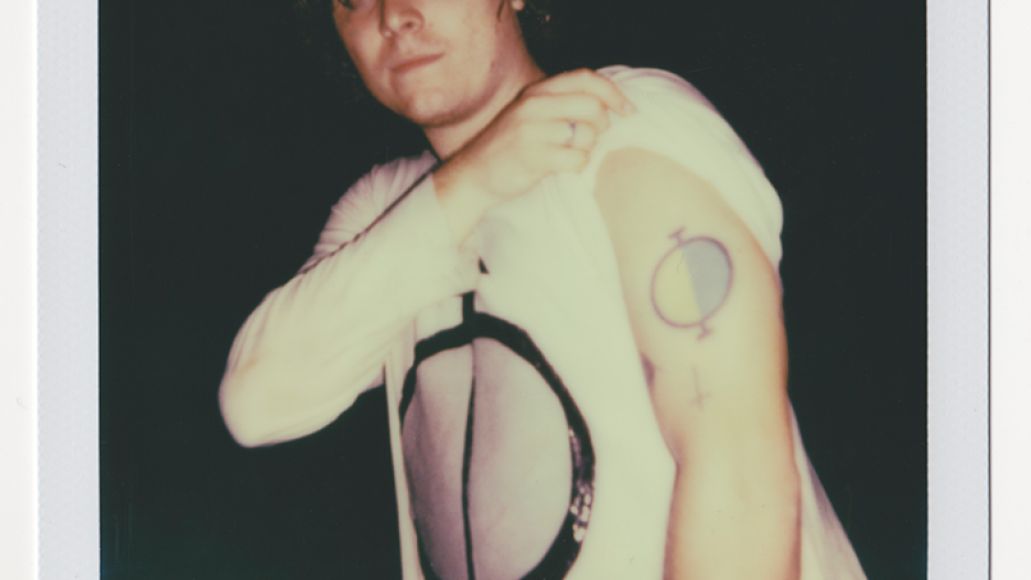 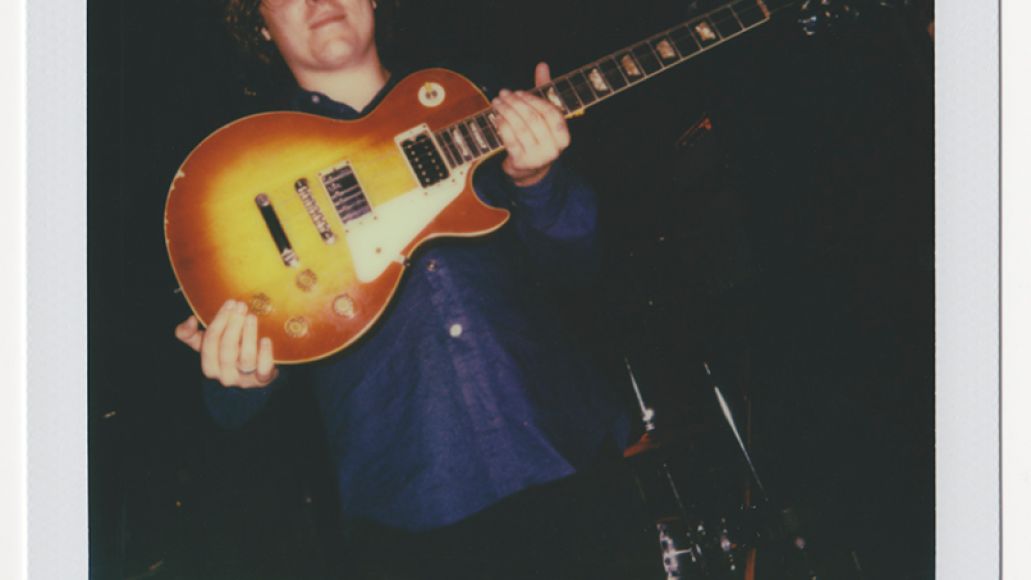 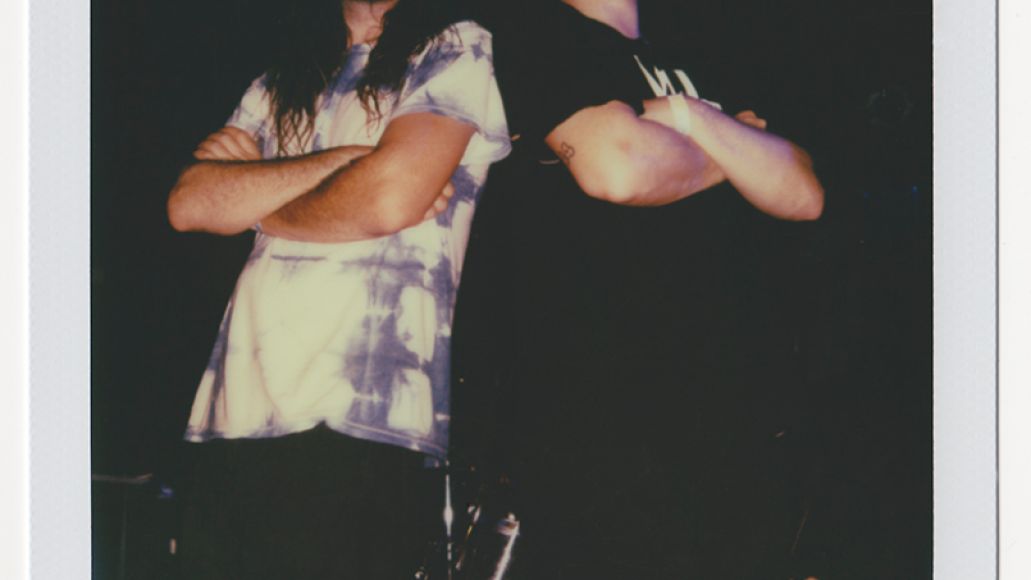 Openers: Jack Name and Prettiest Eyes
—-
On day four, Segall was back to full form. “This one’s for Tim,” a likely reference to White Fence’s Tim Presley, in attendance each of the four nights. Playing “Susie Thumb”, the single off Manipulator, the crowd began bouncing around to the scuzzy bass and catchy melody, but once Segall began to solo, Jessica Clavin of Bleached could be seen headbanging as if she was possessed by his fire-breathing ax. After three days of working out the kinks, Segall was flying through the set. On “Tall Man Skinny Lady”, the funky drumming was engulfed by a furious session of noise, where Segall ditched his guitar and sat on the floor, taking control of a noise generator to pump out a high-pitched solo that sounded like controlled chaos. It would set the tone for the rest of the set, where Segall would indulge in his prodigious guitar work by jumping up, showing off with Townshend-esque antics that seemed far too theatrical for a so-called “garage rocker.”

Unlike his garage rock contemporaries, Segall doesn’t seem content with creating lo-fi records with a singular emotional effect: primal release or raw aggression. Bringing Manipulator to life during a live show, it’s clear Segall wants to take his audience on a journey through a prism of ideas and feelings. He’s no longer interested in churning out music without a clear direction. He spent over a year working on Manipulator, obsessing over every detail to create a concept album that indirectly addresses the manipulative forces of society, such as the media and corporations. He’s also difficult to pin down, unwilling to divulge too much about his personal life, which seems like a calculated move on his part to create a certain mystique, like Ziggy Stardust, that goes beyond the irreverent ethos of garage rock and digs deeper with something more cinematic. When asked what the plans are for the next record, Segall wiped the sweat off his face and seemed uncomfortable unraveling his muse in front of me: “I don’t know, man. I guess I’m confused right now,” but the look on his face, along with four days (OK, maybe just three) of absolute control suggest that Segall isn’t confused. He’s building a legacy, and Manipulator is just the current incarnation of his new voice. 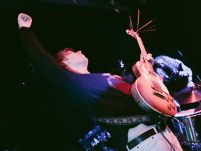 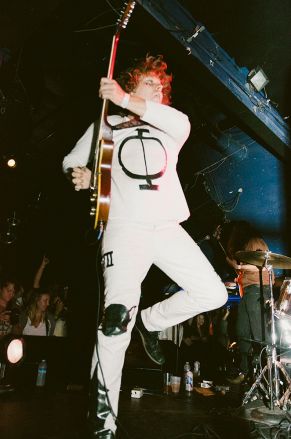