“You’ll play the Royal Albert Hall, and it’ll be sold out.” Anyone tempted to express a degree of surprise that First Aid Kit indeed was headlining London’s Royal Albert Hall ought to have taken note of what the band’s booking agent foretold five years earlier, as Klara Söderberg confided early in the evening. With a capacity of over 5,000, including tiered seating and a large “promenade” space for standees, that is some trick. Yet tonight the number of people packing this most prestigious of venues was testimony to the breadth of appeal the Stockholm siblings now hold, as young and old rubbed shoulders.

The anticipation was audible well before the duo came on stage. The fog was something else – yes, your reviewer’s least loved theatrical device, the smoke machine, was back doing its worst. So a purple haze greeted Klara and Johanna Söderberg as they arrived to loud applause, accompanied by a masterful string quartet, admirable guitarist (mainly on pedal steel), and thoughtful percussionist. Beginning with the brisk title track of their recent third album, First Aid Kit hit it in confident mood. You don’t get the best acoustic sitting fairly low down and close to the stage, and the sound echoed around, brought into sudden and dramatic focus in the chorus as the backing musicians cut back, just before the drums kicked off again. In moments like these you appreciate the sheer quality and presence of the girls’ voices. 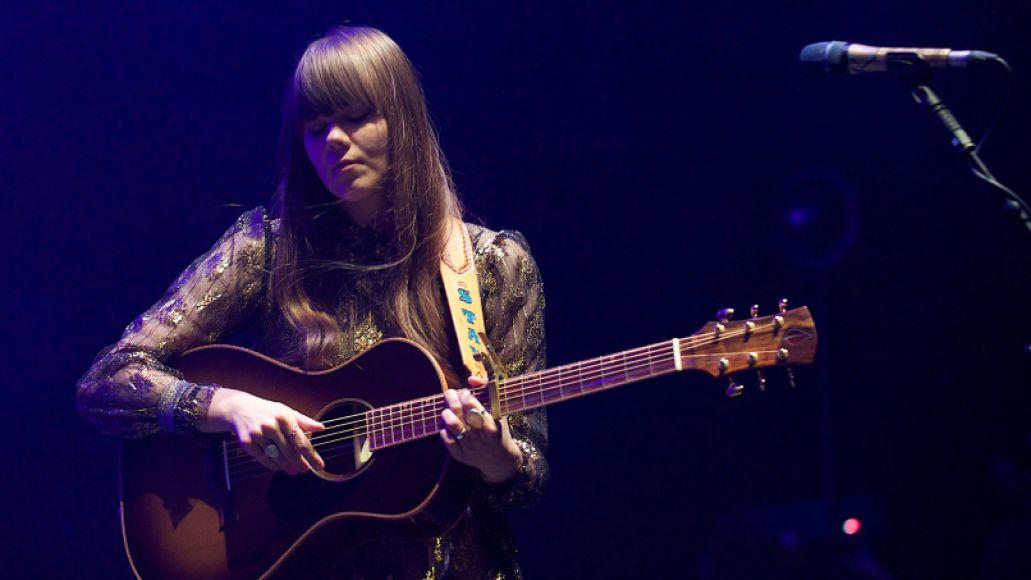 In contrast, for the uptempo “King of the World”, with the guitarist switching to mandolin and the string section offering hand claps, there was a glimpse of the Söderbergs rocking out like two-thirds of Haim, hair-shaking led by the blonde Johanna in her golden, sparkly jacket and satin trousers. Her sister Klara, resplendent in a vintage dress decorated with gold appliqué, led vocal duties, adding ever-present acoustic guitar, while keyboardist Johanna contributed close-knit yet often exploratory harmonies. With pedal steel to the fore and voices gliding over one another and wavering up and down the scale, “Waitress Song” was a heady mix of grace and power. The song similarly stood out for its honest lyricism — escapism being a choice with consequences.

We learned that most of the Söderberg family was in the audience including Grandma, mother, brother, and sound man, dad! The duo dedicated the gentle country waltz of “Cedar Lane” to the “wonderful family that always support us.” Yes, you could feel the love in the song’s haunting refrain, “How could I break away from you.” For “Ghost Town”, the sisters stood alone onstage with no amplification and a simple, unplugged acoustic guitar. No pins were dropped as two perfectly meshed vocals reached out to the far expanses of the Hall, the sole audience sound being quiet accompaniment in the choruses. It got huge applause. Several of the songs on Stay Gold relate to life on the road as offering freedom with an acceptance of the shackles that go with it — sentiments that are perfectly captured in “My Silver Lining”. The song offered a nice change in pace after the intimacy of “Ghost Town”. 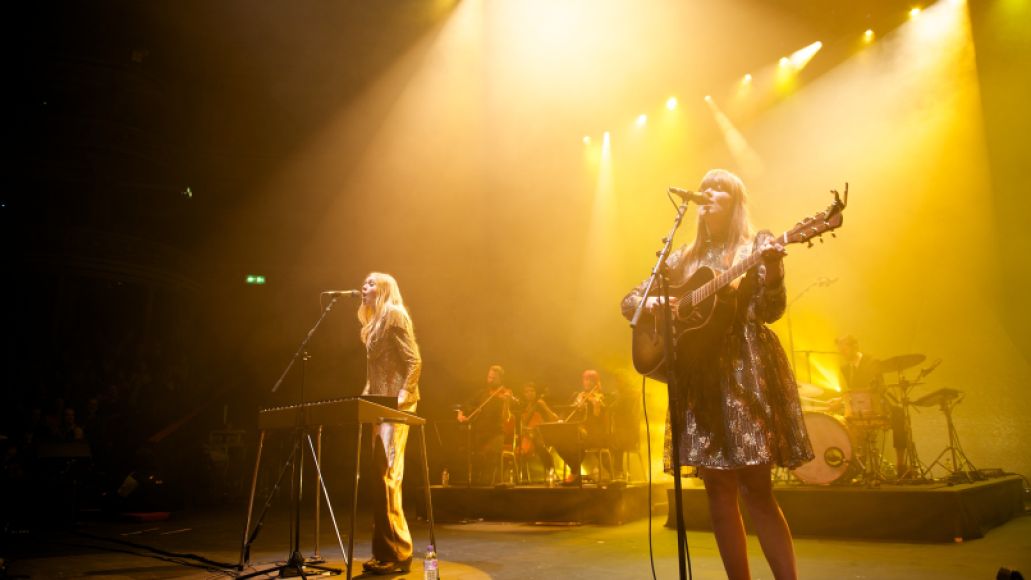 In an evening with many highlights, a spirited “Wolf” got the audience howling, though I thought it sounded a bit like “Jolene”. A cover of Jack White’s “Love Interruption”, driven by some nifty electric lead guitar from the pedal steel man, saw Johanna rocking out over her keyboard and Klara playing to the string section. The set ended prematurely with the excellent “The Lion’s Roar” introduced by eerie pedal steel and clipped cymbals before developing through to a rocking conclusion. A career in heavy metal, or maybe with L’Oreal, awaits Johanna after the air guitar equivalent of hair shaking. Decent applause followed, but the band signalled it was actually the last song by a sudden reprise with a really storming ending.

It was clear that First Aid Kit would not be allowed quite such an early exit, and the sisters returned for a four-song encore. The sound quality was suddenly astounding for the passages with just two voices and keyboards in “A Long Time Ago” while Simon & Garfunkel’s “America” was reworked with unusual harmonies and a light pedal steel dusting. It wasn’t quite the bookend as “Master Pretender” heralded an explicit lyric (stickered for parental guidance in Australia!) and more hair gymnastics while the much requested “Emmylou” elicited mass-singing and sending an audience home enraptured, only after a loud standing ovation that demanded a theatre-style curtain call. Sell out the Albert Hall? A bigger venue may be required on the next tour. 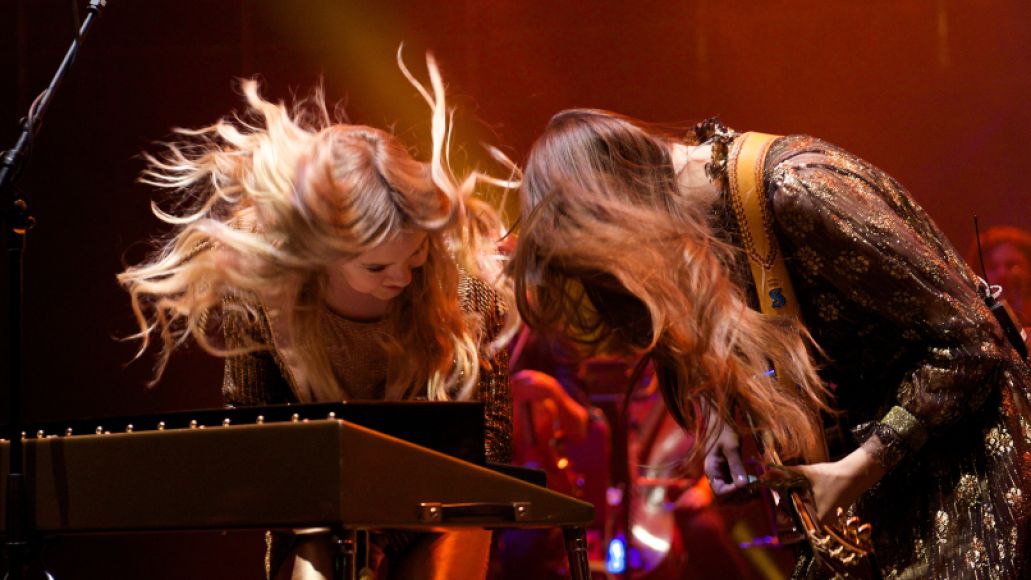