“I thought this was George Michael Fest,” Conan O’Brien quipped as the first guest performer at George Fest, a one-night affair celebrating the work of another famous George: Harrison. “I spent all week learning ‘Faith’.”

It wasn’t the only laugh of the evening, which played out better than could be expected, and that is saying a lot when your bill boasts Brian Wilson, Norah Jones, The Flaming Lips, Spoon’s Britt Daniel, Ben Harper, Weird Al Yankovic, and tons more. Put on by the Best Fest as a benefit for Sweet Relief, there was an expectation of looseness and under-rehearsed renditions of Harrison’s Beatles, Traveling Wilburys, and solo endeavors, made all the more likely by the amount of music stands present onstage. As it turned out, the vast majority of the performances were tight, thanks to the backbone of the evening, New York-based Best Fest house band the Cabin Down Below Band. They supported each and every artist through their choice of cover songs, being sure to give each one the proper introduction so as to convey their musical contributions to the world. For Weird Al, it was noted that they were most excited to meet him. Others, like Norah Jones and Perry Farrell, were noted friends of the band. And, for clearly the most key guest, Harrison’s son Dhani, it was pure respect, both for the contributions of his father and the support he gave to the evening. The performers were all there in pure donation of their time, but looking at their faces and the honor they felt in celebrating Harrison, it was clear that performing was payment enough. Brandon Flowers, whose goofy choice of “Got My Mind Set on You” only makes sense when considering how mainstream the other songs he covers with The Killers are, was almost shy-seeming in this environment, loosening up very quickly, though, to take his mic off the stand and evoke a sing-along. Norah Jones, just about the loveliest human being on planet Earth, revealed that she liked “Behind That Locked Door” because “it was kinda country.” Spoon’s Britt Daniel noted that “I Me Mine” was his favorite” Harrison song.

But some of the best performances were from less likely sources. Weird Al Yankovic crushed his take on the 1971 hit “What Is Life”, in full rock star mode for this rare opportunity to not play for laughs (though the man is just inherently funny). Ian Astbury of The Cult, whom just a year ago looked in ill health when his band played Anaheim, seemed sober and focused, delivering “Be Here Now” as a lovely tribute to the master. And The Flaming Lips fought through some microphone issues to create the most sonically pleasing song of the night, “It’s All Too Much”. Nearly every song performed deserves comment. Butch Walker offered the only punk jump of the night. Perry Farrell was functioning at a higher plane, singing a sweet “Here Comes the Sun” between asking Dhani if he wanted to go surfing some time and bestowing blessings upon the Harrison family. Conan O’Brien was remarkably competent in his run through the light “Old Brown Shoe”. And Brian Wilson, with Al Jardine, did all that was needed from him by simply showing up, singing “Oh Sweet Lord”.

The night limped to a close a bit, with the group sing-alongs suffering from having too many people onstage, but knocking this kind of spontaneous performance would be pretty unfair, and by the time they were sung, some three hours after the concert began, the audience was in good enough spirits to embrace the atmosphere that we were all in the band together. The fest hinted at possibly a New York version of George Fest and an L.A. event of unannounced theme to coincide with the Grammys in February. The more than 1,000 fans who attended Sunday night’s event will surely line up if it is anywhere close to what was witnessed at George Fest. 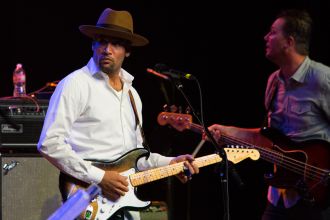 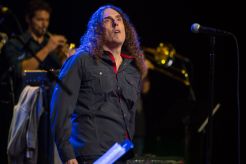 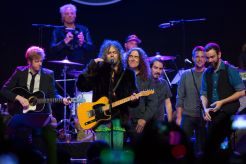 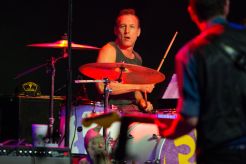 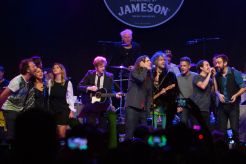 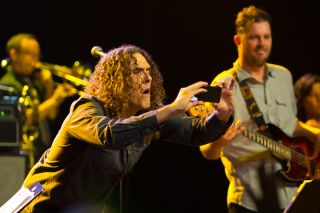 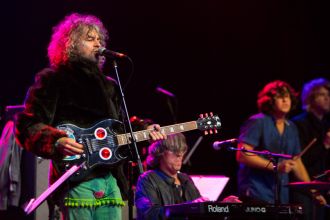 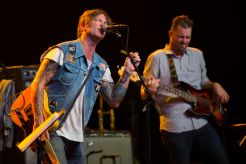 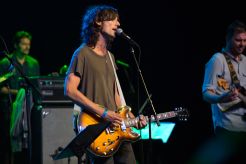 Nick Valensi of The Strokes // Photo by Philip Cosors 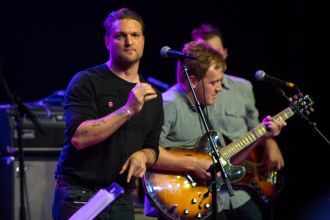 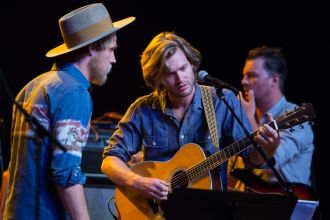 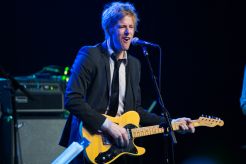 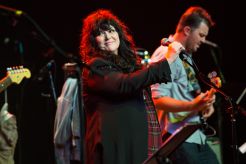 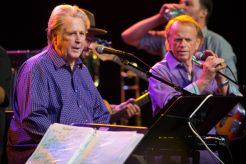 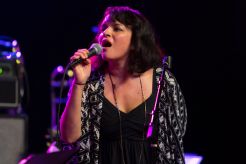 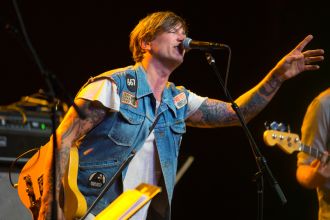 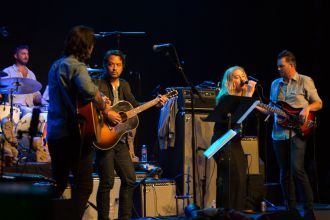 Live Review: George Fest at the Fonda Theatre in Hollywood (9/28)