Labor Day means the end of the summer and also the winding down of music festival season. By this time of year, it’s fair to ask, “What can a festival give that hasn’t already been seen?” For the third year, Budweiser Made in America Festival made its home in Philadelphia’s scenic Benjamin Franklin Parkway, with the Rocky Steps behind the main stage and the backdrop of beautiful downtown. But the major storyline of this year’s edition was its simultaneous occurrence in Los Angeles, which made MIA the first bicoastal music festival in the United States. Despite early speculation of the wild possibilities this system could provide (like hologram performances or an artist performing on the same day at both festivals), the reality was much less crazy. Lineups were mostly exclusive to each location, with just a handful of artists taking red-eye flights to perform the next day on the other coast. 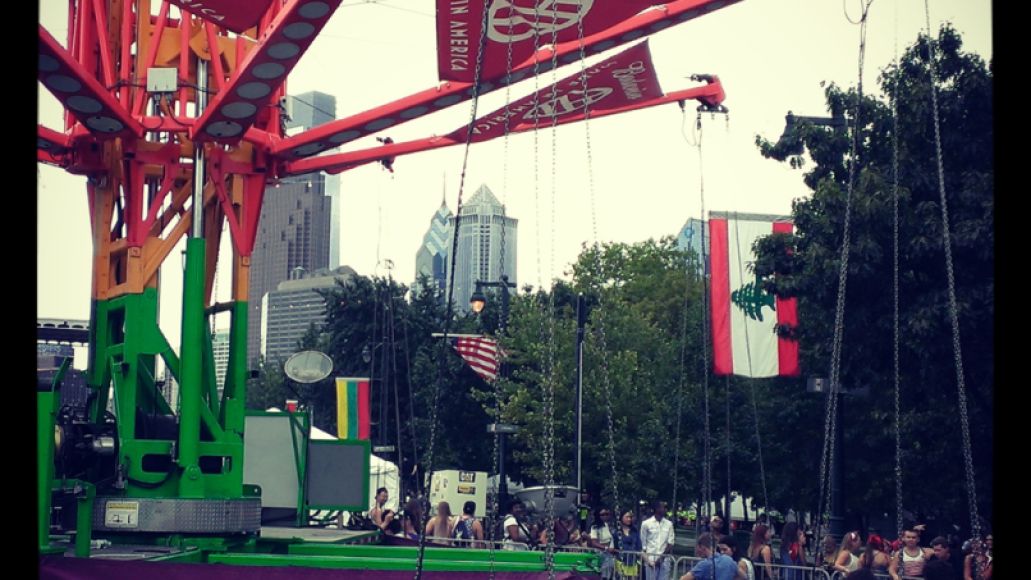 But that doesn’t mean MIA wasn’t without its memorable moments. From Kanye West’s incredible headlining spot (arguably his best performance on the US festival circuit this summer) to the OBGMs’ Cinderella story, there were plenty of triumphs big and small for many artists on the bill. And of course, there was the unpredictable summer weather.

After a gray Saturday, the sun broke through on a stifling Sunday afternoon. But later that evening, severe thunder and lightning rolled in, scattering attendees after an evacuation of the festival grounds. The same storm system that pummeled New York and ultimately caused the cancellation of Electric Zoo’s third day couldn’t keep MIA down, though.  The rain delay only lasted an hour, and the shows resumed relatively quickly. Props to the on-site crew for readying the stages again, having every scheduled artist perform (although understandably with shortened sets), and pushing back the end time from 11 p.m. to midnight. By and large, organization was on-point throughout the weekend, with sets running mostly on time and minimal time conflicts later in the day. The crowd was large, but navigating the grounds didn’t feel unpleasant or claustrophobic, save for being packed in for Kanye West’s headlining performance on Saturday.

Earlier in the year, our Festival Outlook examined where all the hip-hop festivals went, and MIA is the perfect example of a hybrid festival that incorporated a strong rap presence (Kanye, YG, Danny Brown, J. Cole, Pharrell, Big Daddy Kane) into its genre-defying lineup. If, as the legend has it, Jay Z does “personally curate” the artists, the man has great taste. The Philadelphia edition featured something for everyone, from local bands to rising indie darlings to international superstars. Fans got to don the stars and stripes and give one last hurrah to summer while hearing some fantastic live music along the way.