As much as Americans like to perpetuate the idea that we’re swimming in one big melting pot, Montreal is even more of a mixed bag of political, cultural, and social nuts. The largest city in the province of Quebec, it’s a place where the old school influence of Franco culture meshes with the more progressive attitudes of the New World. The resulting atmosphere is totally dichotomous, and yet there’s also a balance in the struggle between realms. Having never been to Canada before, I found that Montreal made a perfect introduction to the Great White North.

Perhaps nowhere else on the continent can you see the diffusion of two languages on a day-to-day basis. It’s often a dizzying experience switching from French to English, with people constantly having to make adjustments on a whim. That whole dynamic is expanded in the actual cityscape. Hip pockets of Bohemian culture, little shawarma places piled onto a yoga studio, sit right next to a 150-year-old Ukrainian church. Montreal’s version of Chinatown consumes a couple blocks, but leaving and entering it is similar to taking back-and-forth trips to Mars. The food especially is a mixed bag. From Portuguese to Indian, burgers to vegan taco places, everything is lumped together, united solely by a bizarre love affair with anything related to potatoes. (Oh man: Poutine. Is. The. Bomb.) It’s an experience that’ll rip you right out of your comfort zone while leaving you with a new sense of awareness. 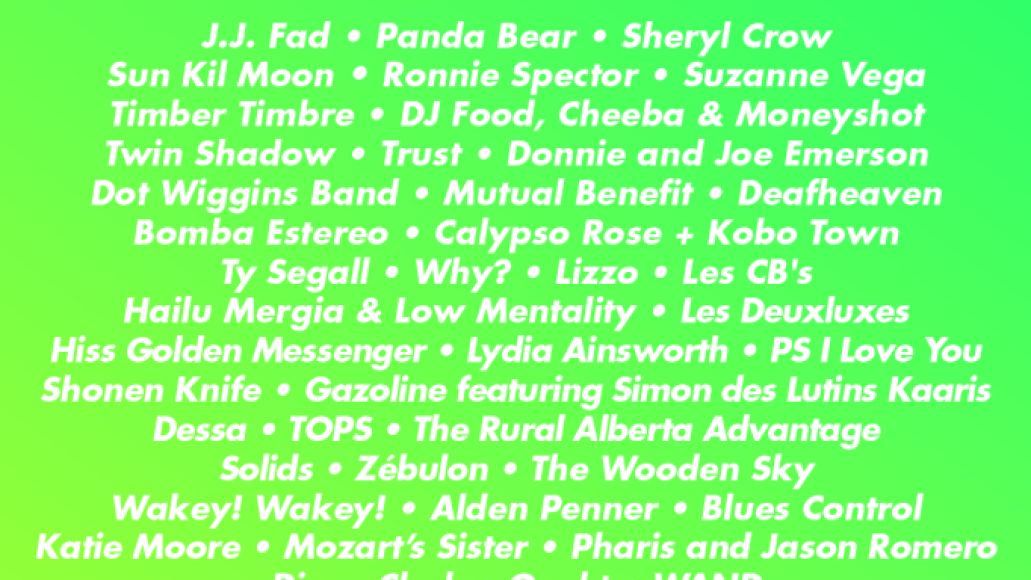 If there’s one uniting factor besides starches, it’s that every pocket of the city has a pronounced admiration for music. With every idea and identity and notion of beauty swirling together and throwing off sparks with equal intensity, you get some truly amazing sonics. Pop, R&B, soul, house, rock, punk, rap, classical, Indian fusion, K-pop — housing a multitude of genres is nothing new to major metropolitan hubs, but never have I experienced a place where everything is utterly unique and yet still totally dependent upon different genres.

It’s with all that in mind that POP Montreal is one of my new favorite festivals. So many sounds and cultures are represented, spread out in their own separate venues or paired together for exhilarating showcases. You can see an MC at one venue and the next act to hit the stage might be some ambient wizard. It’s more than just fun and entertainment; it’s a profound reflection of the city itself, and feeds back into that ever-bubbling melting pot. It’s easy to find idiosyncratic lineups at festivals, but POP Montreal makes the uneven and the dissimilar seem as real as any of the city’s neighborhoods. That’s really rare: not just to go to a city and see music, but to feel like you’re almost living the city’s journey yourself. I’ve been to plenty of festivals that have taken over people’s hometowns, but this was the first where I had to tell myself I wasn’t a resident.

What follows is an account of my four-day experience at POP Montreal. I ate too much, drank a little more than I should have, and took in the city with every step. (My feet are covered in what you might call blisters, but I call “bubbles of memory.”) I saw brash MCs and self-conscious DJs spinning playful ambient. I bore witness to visceral rock and roll at its purest and suffered through rock at its most pompous and bland. I danced a lot and I also got knocked off my feet with heartfelt confessionals. I did a lot, and my body and my brain are better and worse for all of it. What I’ll remember most, though, is that for a few days, I was a stranger in a strange land who didn’t feel so totally disconnected.