There are very few negatives to Portland, Oregon — if any at all. The people are amicable, the food’s unique, the nightlife is vibrant, the music’s phenomenal, and, yes, the weather’s superb. Its East Coast counterpart, Brooklyn, on the other hand, is quickly prefaced with guttural sounds like “ugh,” “eh,” “oy,” and “blech.” Similar cities like Chicago, Austin, Minneapolis, and next door neighbor Seattle are all tagged with nasty warnings, too.

The only consistent thing about Chicago is corruption, Austin’s surrounded by Texas, Minneapolis is too damn cold, and Seattle’s too damn wet. But, Portland? “Well, isn’t that where they film that show?” Yeah, not exactly a dissuasion. Instead, you mostly get short stories about great vacations, restaurant tips, or music recommendations. What’s telling is that so many of these pitches have turned travelers into residents and residents into guides.

So, what does this have to do with Project Pabst? 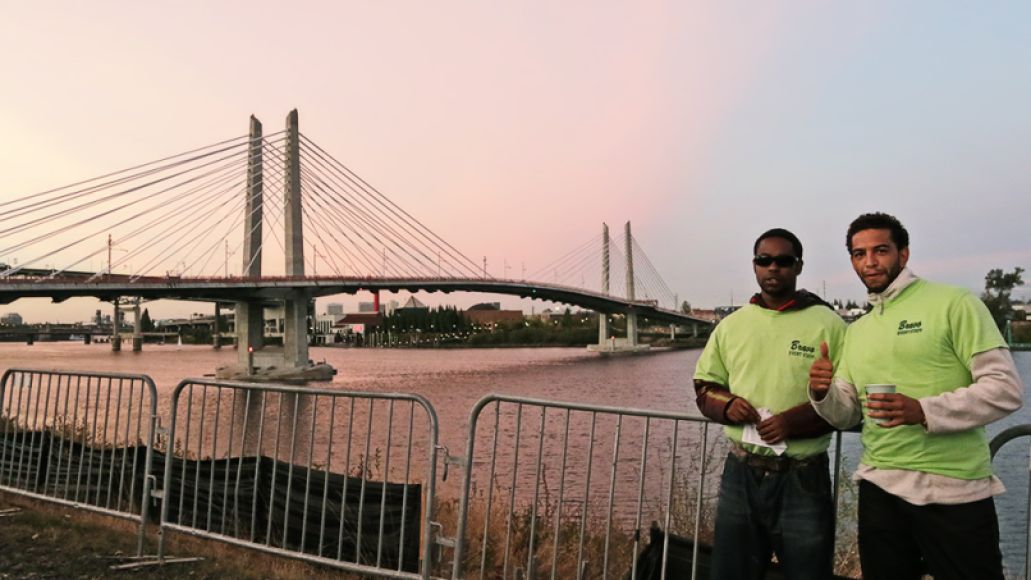 Well, for one, Pabst Blue Ribbon was brewed in Milwaukee. It says so right on the can. That then leads to the question: Why is their festival all the way in Portland? According to Pabst’s regional marketing rep, Matthew Slessler: “Portland is so music-oriented and has such a great history, and you could always find Pabst at venues likes EJ’s and Satyricon — all great music venues around town, to this day. That’s really how it came about.”

Yet what makes Pabst worth championing is the same thing that keeps Portland free from complaints: populism. By its strict definition: “Populism is a political doctrine that appeals to the interests and conceptions of the general people, especially contrasting those interests with the interests of the elite.” In layman’s terms, it’s something for everybody. Isn’t that what PBR has always stood for? An easy, go-to beverage without any pretension, even despite its adoption by “hipster culture.”

That sounds strikingly similar to the vibes of Portland. A place that has long been considered a refuge by artists and artisans, which explains the vibrant culture and thriving neighborhoods and just about everything else worth loving there. It’s a weird place, for sure, but only in the sense that it has no intention of being anything than it already is: a community with an open mind. That explains the little things like penis-shaped donuts or vegan strip clubs. 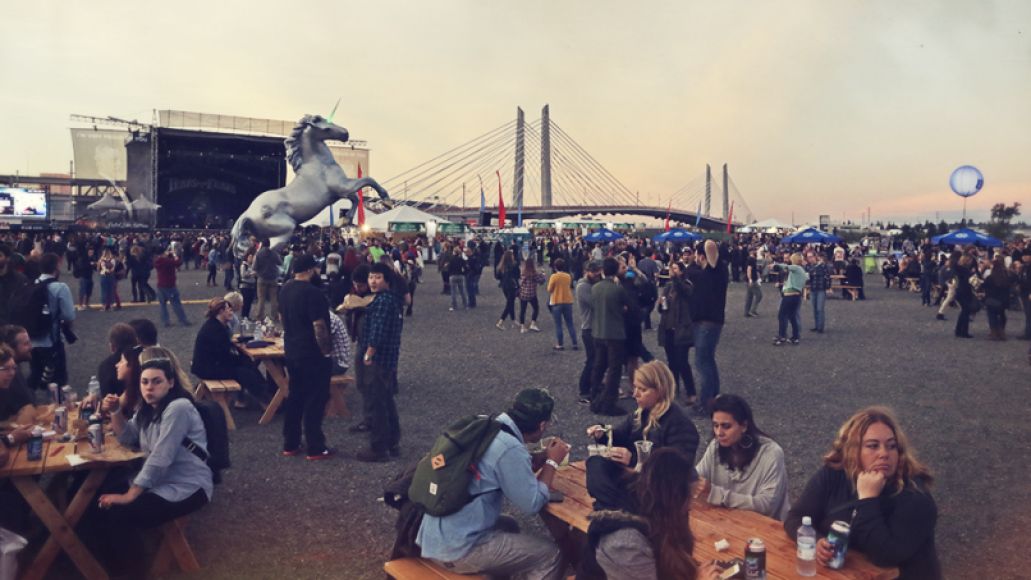 This past weekend, I tried desperately to soak up as much as possible, visiting record shops (Crossroads), bookstores (Powell’s), food trucks (PB&J’s Grilled), fine dining (Olympic Provisions), easy dining (Pine State Biscuits), sandwiches (Lardo), pizza (Sizzlepie), donuts (Voodoo, Blue Star), late-night barcades (Ground Kontrol), and strip clubs (Mary’s Club). I even squeezed in two venues, thanks to the festival’s push to explore the city with their many aftershows. It was exhausting but satisfying.

As for the festival itself, Project Pabst proved worthy of a second year. Despite some hiccups — sound trouble, X Ambassadors, and the fact that Robert Pollard disbanded Guided by Voices — the inaugural event was fun, easy, and mature. Nobody under 21 could come in, there was a PBRcade with free games, and the food was all local. Slessler wasn’t kidding when he called it “a love letter to Portland.” If anything, it’s an excuse to visit one of America’s greatest cities, as if anyone needed another reminder.

C’mon, what are you waiting for?