Quiz Show was lost in the crowd, impeccably dressed and reeking of prestige at a party thrown by punk kids. At the 1994 Academy Awards, it was nominated for Best Picture alongside Pulp Fiction, The Shawshank Redemption, Four Weddings and a Funeral, and Forrest Gump, innovative films that, in some cases, were a direct response to the monocled aristocrats of yesteryear.

Pulp Fiction crashed the party with brutal violence and non-traditional storytelling; Four Weddings went a long way toward popularizing bawdy Brit humor for American audiences; Forrest Gump was a special effects juggernaut; and Shawshank, 20 years later, is still a mainstay on AMC or any channel that needs to pad out its schedule.

Quiz Show hasn’t exactly persevered, as it’s hard to say what Quiz Show did in a year where so many films felt like honest-to-god events. But Quiz Show is worth revisiting and not just because it spins a crackin’ good yarn about ethics in the early days of television. And not just because it has Robert Redford and Paul Attanasio at the helm, and its A-list roster is cast to perfection (not you, Rob Morrow). See, Quiz Show is about television, but what it meant in 1994 is a far cry from what resonates in this golden age of the medium. 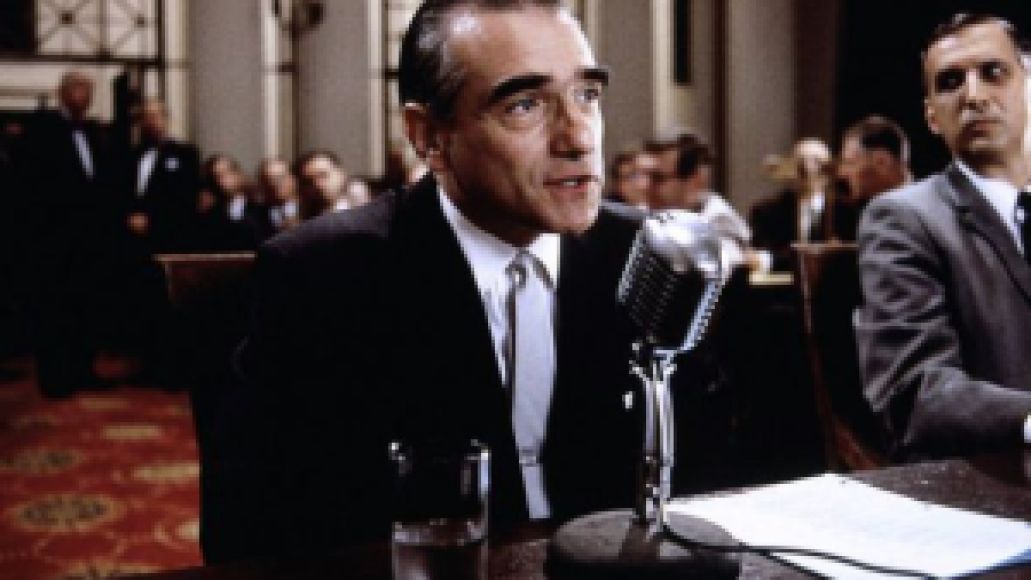 But first, a plot synopsis for the uninitiated.

Doofy Brooklyn egghead Herb Stempel (John Turturro) is the reigning champion on the NBC quiz show Twenty One. Ratings plateau, so NBC chief Robert Kintner (Allan Rich) and Geritol CEO (Geritol was the show’s sponsor) Martin Rittenhome (Martin Scorsese, killin’ it) demand a replacement. NBC executives Dan Enright (David Paymer) and Albert Freedman (Hank Azaria) stumble upon a goldmine with hunky Charles Van Doren (Ralph Fiennes), though the young intellectual is conflicted when he realizes the game is rigged. But Van Doren reluctantly acquiesces, earning both the audience’s adoration and the jealousy of Stempel, who blows a whistle on the whole operation. Enter brash young lawyer Dick Goodwin (Rob Morrow, ugh), who aims for the jugular by inciting a grand jury investigation. By film’s end, though, Goodwin learns, as we all do eventually, that you’ll never bring down an industry. You can only bring down its most expendable players.

By the way, this all actually happened. PBS made a great documentary about it. Watch that if you’re interested in the history, because the history isn’t what intrigues me about Quiz Show. Rather, it’s the perspective.

The general critical consensus surrounding the film, even to this day, is that Quiz Show is an indictment of television. Jason Fraley at The Film Spectrum sums it up thusly: “Going hand-in-hand with the dumbing down of society is our willingness to participate in it. This is the real danger, best captured in the film’s final image, a long pan of a bunch of mindless viewers laughing at a television show, prostituted, deceived, complacent.”

Fraley’s conclusion is supported by Goodwin’s final line, when, after watching Enright and Freedman fall on their swords for NBC, he says to a colleague: “I thought we were gonna get television. The truth is, television is gonna get us.” 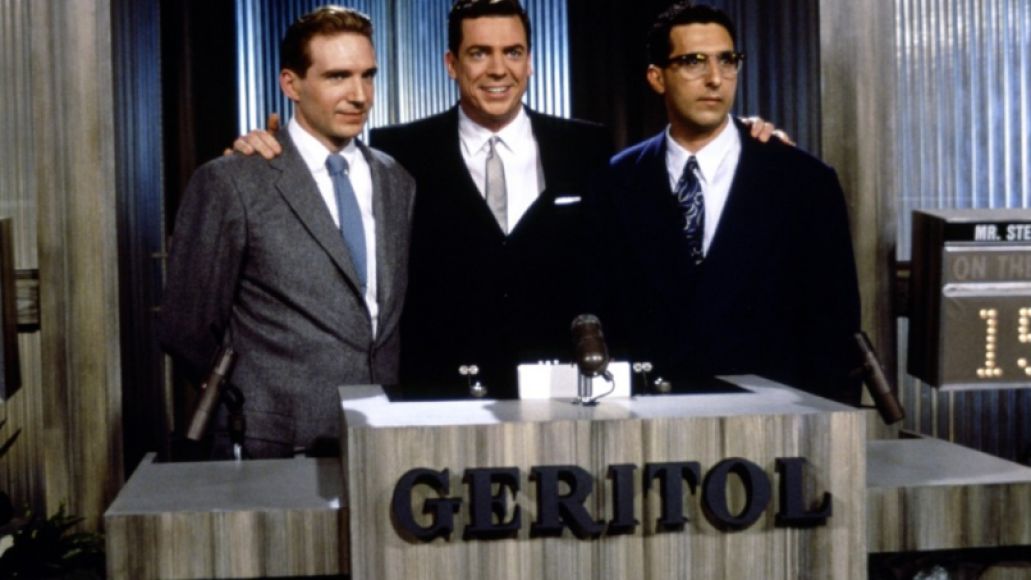 In 1994, this kind of critique made sense. Society was still intellectually at odds with the boob tube. TV was a sitcom repository, an unreliable news source. TV had yet to posit itself as a stomping ground for high artistry. And how you respond to Goodwin’s parting line depends on whether or not you see him as the hero. It’s easy to accept him as such: he’s young, handsome, and presented as a morally sound individual with big dreams.

I, however, do not see Dick Goodwin as the hero. He’s smug, boring, and pursues justice only so far as it will advance his career (it doesn’t help that Morrow is dreadful in this role). From a modern perspective, Goodwin’s desire to take down TV — hilariously naive now, but somewhat plausible in 1957 — doesn’t evoke heroism so much as a douchebag who brags about not owning a TV. Were the film to end with his aforementioned line, Quiz Show would be nothing but a great story whose only goal is to shame you for watching “the idiot box.”

Fortunately, Quiz Show is more complicated. After Goodwin’s pity party, we watch him exit the courthouse, then stare down at Fiennes’s Van Doren from the courthouse steps. He has the moral high ground, but Van Doren is disgraced. We see a sense of emptiness shade Goodwin’s face. He knows that he didn’t just fail to bring down TV; he ruined a life in the process.

Under it all, we hear David Paymer’s Dan Enright defending his actions to the grand jury: “The sponsor makes out. The network makes out. The contestants see money they probably would never see in a lifetime, and the public is entertained. So who gets hurt?” 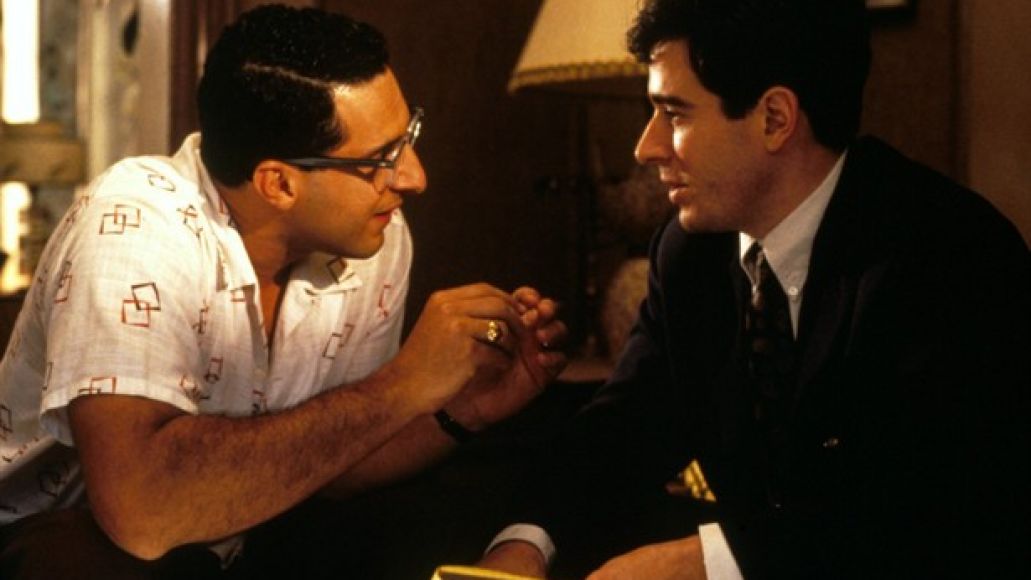 See, now this is what I remember. Redford closes his film with the practical defenses of the NBC execs, not the narrow idealism of its pseudo-protagonist. Some might read Enright’s words as the seductive speech of a snake oil huckster, a man oblivious to the fact that there is no such thing as a victimless crime. I’m not one of those people. By including this, and including it after Goodwin’s lament, Quiz Show displays a keen understanding of what so many of its supporters disregard: Manipulation isn’t as bad as it is necessary. Manipulation is interwoven into the DNA of entertainment, and to rage against it isn’t just fruitless, but dickish and condescending. Goodwin isn’t the hero; he’s the villain. Stempel, too. Neither of them have a problem with the manipulation until they have something to gain from it. What they are are buzzkills. And there’s nothing worse than a goddamned buzzkill.

You know who else is a buzzkill? Dave Hester. Never heard of him? Well, you’ve at least heard of Storage Wars, the A&E reality show where a diverse cast of characters bid on storage lockers in pursuit of forgotten treasures. Hester was Storage Wars’ golden boy, a catchphrase-spewing mainstay in a stupid black cap. Well, until he was fired back in 2012. He called the show out for being fake, for salting storage lockers and deceiving its audience. Though he painted himself as a crusading whistleblower, the public just shrugged. Nobody cared. Hester was just another Stempel, someone who had no problem with deceit until he wasn’t getting paid anymore.

The difference is that there was no Dick Goodwin to take up Hester’s cause. There was no grand jury. There was no public outcry. Oh, and did I mention that Hester returned to the show last month? ‘Cause he did. Sorry ‘bout it.

In 1994, it might have felt cynical to view Enright’s comments as logical. In 2014, it’s naive to think they’re anything but. And to label the audience clapping and laughing over the end credits as “mindless” is condescension of the highest order. Are they being deceived? Of course they are, but so are we every time we watch Top Chef, Nathan for You, or a movie like Borat. Nothing is real once it comes into proximity of a camera, recorder, or pen. Are we idiots for laughing and clapping at something fake that we were told is real? No, we’re human because laughing and clapping are our most genuine expressions of enjoyment. 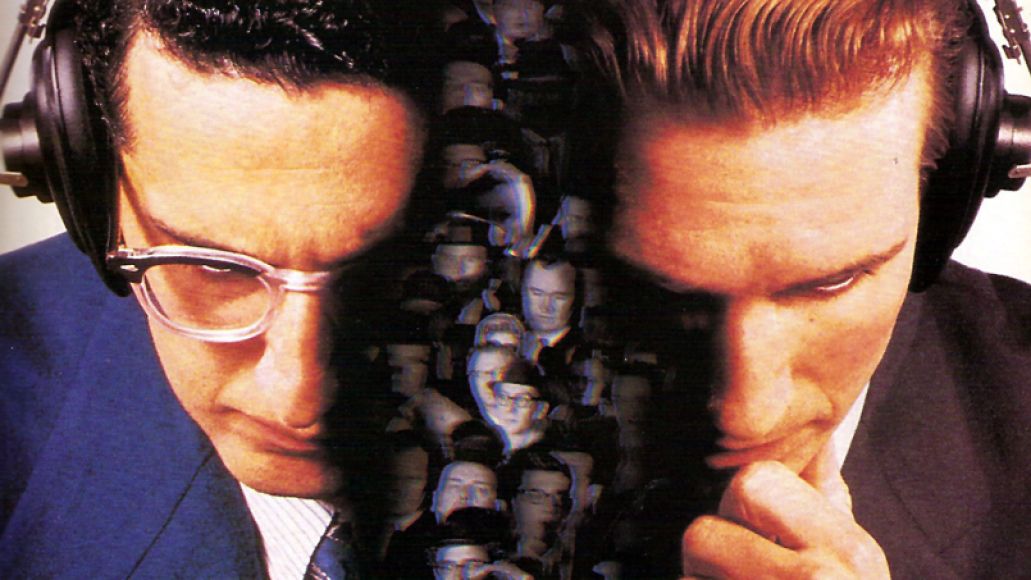 Azaria’s tone here is masterful. It’s incredulous, slightly mocking. Why, he seems to ask, is this such a big deal? I feel the same way every time someone rails against a reality show for being fake or decries Kim Kardashian for only being famous for a sex tape. Authenticity comes not from the source, but from our reaction to it. To spoil someone’s enjoyment out of a misguided desire for justice isn’t just pointless. It’s also self-serving.

If we’re being safe, it’s best to take Quiz Show’s indictment of television as an indictment of the infallibility of big business, because in that case, its arguments aren’t undone by their preciousness. If we’re being brazen, Quiz Show is kinder to its deceivers than it is to its ostensible heroes. Ultimately, though, it exists somewhere in between, as all the best films do. Quiz Show is progressive in its ambiguity, pitting idealism and practicality against each other on level ground; your takeaway depends entirely on your attitude towards television.

Though once stuffy and uncool alongside its fellow nominees, Quiz Show ages better than perhaps all of them. 20 years on, it’s emerged from the crowd, as impeccably dressed as ever.