Music has always been an integral part of South Park: Primus’ Les Claypool sang the theme song; Rick Rubin produced the Chef Aid record; and co-creators Trey Parker and Matt Stone have managed to rile up Kanye West and countless other musicians, actors, and celebrities.

Since our favorite foulmouthed fourth graders are returning to Comedy Central for their 18th season tonight, we dug deep into the South Park archives to rank every song — yep, every single one — in the show’s storied history. We’ve included South Park: Bigger, Longer & Uncut, as well as CD-only cuts from “Mr. Hankey’s Christmas Classics”. We took a walk down memory lane, way back to the early seasons when the boys were still third graders, and ended at season 17, which gave us many new songs worthy of the South Park tradition (looking at you “My Bitch Ain’t No Hobbit”, “Princess Kenny Theme”, and “A Chorus of Wieners”). 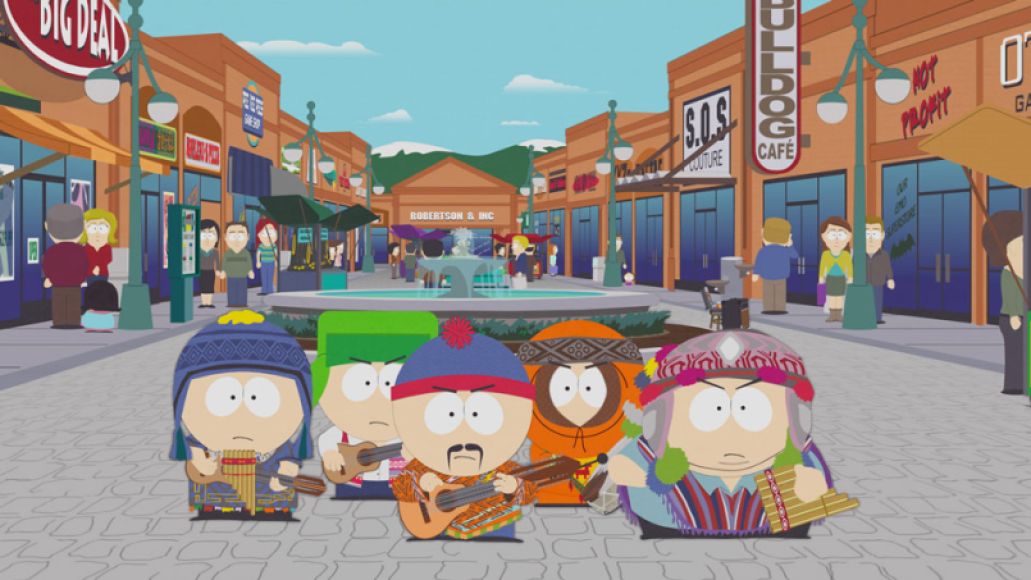 It depends on whether or not you double count some songs that appear in multiple episodes, but at a minimum, there are well over 350 original and non-original songs used in South Park. We thought about the quality of the parodies (or original songs) and their context when we constructed the rankings.

You know, I learned something today: Whether you only swear by the older episodes or you still avidly watch the new ones, there have been so many priceless musical moments in South Park’s history. Enjoy reliving some of these classic songs and scenes.

Click ahead for the top 100. If you want the whole shebang, our rankings for 101-359 follow shortly after.

Ranking: Every South Park Song from Worst to Best