The latest piece of treasure dug up on the Internet comes in the form of a letter written by a fifth grader named Taylor-Ruth. As the young girl details in blue marker, she “checked out a bunch of music CDs from the library.” She added, “a couple had cuss words in the title so I had to promise Ms. Jervis I am 15. I am not yet but I think that lying does not count at the library.” Truer words were never spoken.

It turns out Taylor-Ruth didn’t just stumble upon any old assortment of albums: They were punk records. What follows, in her own squiggly and endearing handwriting, is a tale of self-discover, self-awareness, and, most importantly, a love for the Dead Kennedys.

On a side note: Nothing is more punk rock than hearts above the “i”s and a cute butterfly. 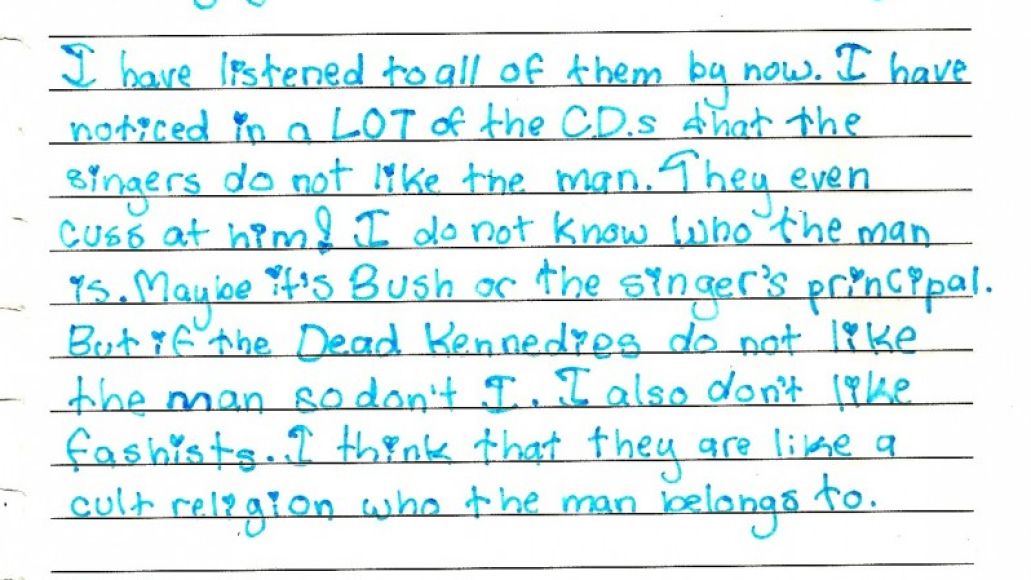 According to Vanyaland, Taylor-Ruth is now 20 years old. She posted the letter on her Tumblr page last year, but it recently picked up traction across the Internet thanks to — who else — Reddit.