This evening, Foo Fighters will descend on Richmond, Virginia for the first time in 16 years to play a crowdfunded concert at the 1,500-person capacity venue The National. Following the lead of Chicago Mayor Rahm Emanuel, who’s honored David Bowie with his own day, Richmond Mayor Dwight Jones has officially declared September 17th as “Foo Fighters Day”.

In his proclamation, Jones recognizes “this fan-orchestrated event that brought Foo Fighters back to Virginia’s capital city.” Back in March, four Foo Fighters fans began selling tickets to the hypothetical gig at $50 a pop. By the time the campaign was over, 1,400 tickets had been sold and Foo Fighters booked their flights to Richmond.

Read the mayor’s proclamation below. 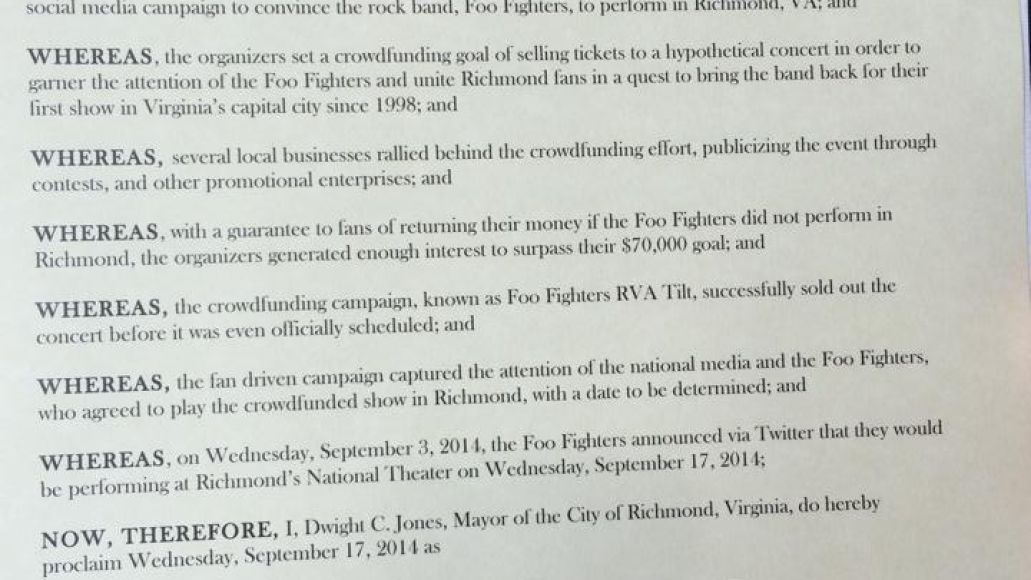