Dominick Mayer (DM): This week sees the release of Kevin Smith’s Tusk, his first true foray into horror filmmaking after getting his toes wet with Red State. Smith’s walrus-based horror show comes at a time when found footage is starting to wane in prominence and popularity alike, and horror at the mainstream level is still looking for its next boon. So, to kick off our discussion of horror at the moment, let me pose the first question: What’s been the most important horror trend in recent years?

But unlike a lot of other cheap-as-hell horror movies, mumblegore is still stylish. I’m pretty sure Ti West shot The House of the Devil with whatever change he found in his couch cushions, but it still looks fantastic. And you can tell that these guys have all done their homework—they know the genre conventions, so they can subvert them to great effect. My only hope is that some of these films start making traction at the box office, because I’d love to see what any of these directors could do with a modest budget and some studio support. 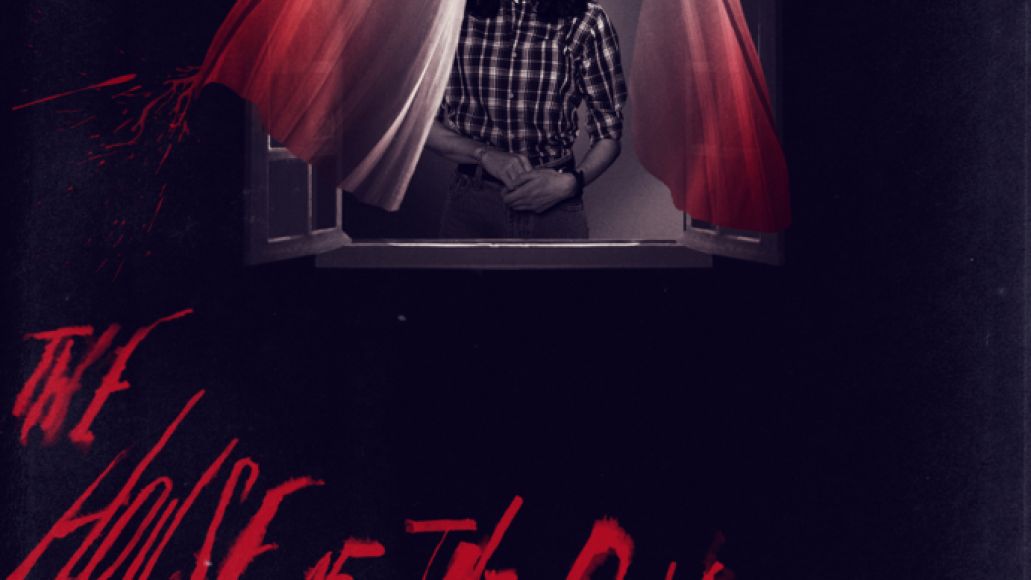 Michael Roffman (MR): Mumblegore! I love it. I’m with you, Adriane. The House of the Devil was exactly the breath of fresh air the genre needed at the time, and you’re right, the limited budget recalls the rogue ’70s work of John Carpenter or Don Coscarelli or Tobe Hooper. If it wasn’t for the stratospheric rise of Greta Gerwig, it’s very likely the film could fool a number of critics and viewers into thinking it was a lost splatter film from the ’80s. Looking back throughout the genre, the film seems to have set fire to the independent horror scene; though, admittedly, I’ve yet to see any of West’s peers match Devil‘s magic. His own follow-up, The Innkeepers, came close, while Katz’s Cheap Thrills was a Polanski-esque dream, but the two borrowed a little too much from today’s modern conventions, slightly diminishing the low-budget indie aesthetic.

But believe me, there’s hope. This past March, I attended South by Southwest and caught a number of horror films from young directors. The mumblecore auteur himself Mark Duplass put together an intense thriller titled Creep that should stir up a number of Netflix queues, and Dennis Widmyer and Kevin Kolsch’s Starry Eyes was as if David Cronenberg and Dario Argento teamed up together circa 1986. While the two drew inspiration from the more commercially successful found footage and possession subgenres as of late, respectively, there were certainly whispers of Devil in both films. But what is it about the style of mumblegore that works? It can’t just be their subversions of old tricks. Is it that they’re tapping into our own nostalgia?

Most of these films recall the hazy midnight sleepovers of my youth in which my horror-obsessed friends would munch on popcorn or candy between piles of VHS tapes. I’d hate to think it’s purely nostalgic, though, and would rather argue that they instead hearken back to a time when the horror itself was left to our imagination and that the haunted house down the street didn’t have to provide an exhaustive narrative with all the answers … because the unknown was far scarier. But if I’m going by that logic, I’d go to bat for some more modern mainstream releases like last year’s The Conjuring or 2008’s The Strangers. Okay, I’ve said a lot here. I need to collect my thoughts some. Is any of this making sense? 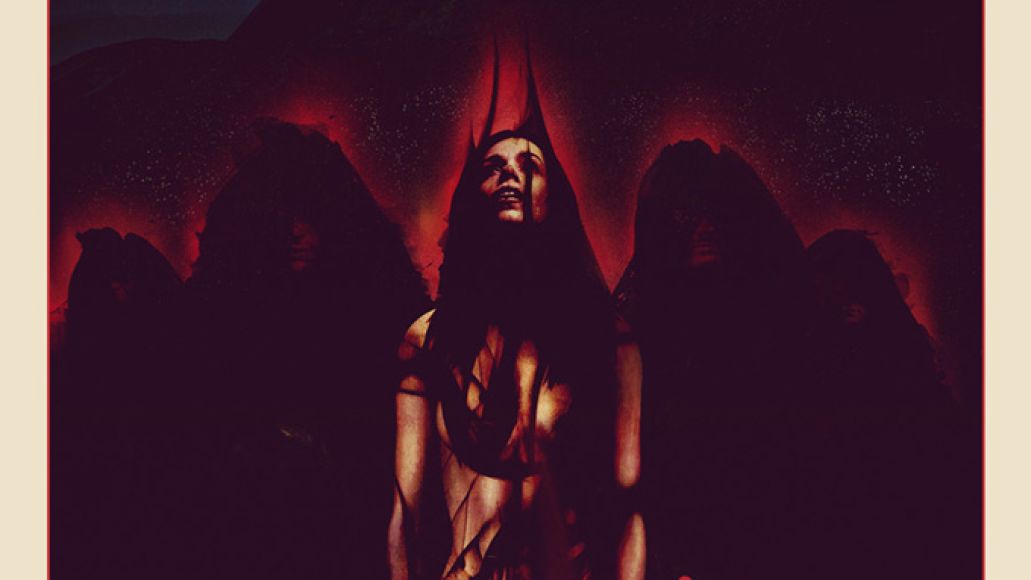 Randall Colburn (RC): Look, I dug The Conjuring, but let’s not give it too much credit. Well-acted, sure. Spooky? At times. But Christ, can we quit it with the precious children and old-timey ghosts in harsh makeup? And that ending? Please. Ultimately, a film like The Conjuring, though well-made, is part of the problem. The Strangers, on the other hand? It understands that love will not save you. Same goes for House of 1,000 Corpses and The Devil’s Rejects. Horror movies are not like other movies. They are not about heroes; they are about monsters. And when the badass mumblegore movement isn’t outright slaughtering its “heroes” — see both (mostly) excellent installments in the V/H/S series — it’s turning them into irredeemable monsters; Cheap Thrills and You’re Next come to mind.

These are the same ideas that made Hostel Part II such an enjoyable watch when I saw it in an (otherwise empty) theater back in 2007. Where the first forced us to follow a trio of insufferable douche-bros, the sequel widened its scope to focus as much on the killers (in this case, rich businessmen who bid on victims via an auction website) as the knife-bait. It marked such a step forward for Eli Roth as a storyteller and gorechitect, and I was genuinely disappointed when he handed the series off to some other jabroni.

While I’m on the subject of Roth, who else in American horror is pushing gore as far as he is? What other mainstream (or indie) American filmmakers are citing Cannibal Holocaust as an influence, and then backing it up in their work? Remember Pax using scissors to clip off that girl’s eye in Hostel, or the subsequent river of pus? I can’t remember the last onscreen image that made me laugh and retch in such equal measure. Sure, it looked kind of silly, but so does the plumber demon dude in The Beyond.

Frankly, the mainstream horror community is far too sanitized these days. Eli Roth’s recently delayed The Green Inferno is clearly going to be his take on the Italian cannibal genre, and I can’t imagine it not being sloppy as well. What do you think, Justin? 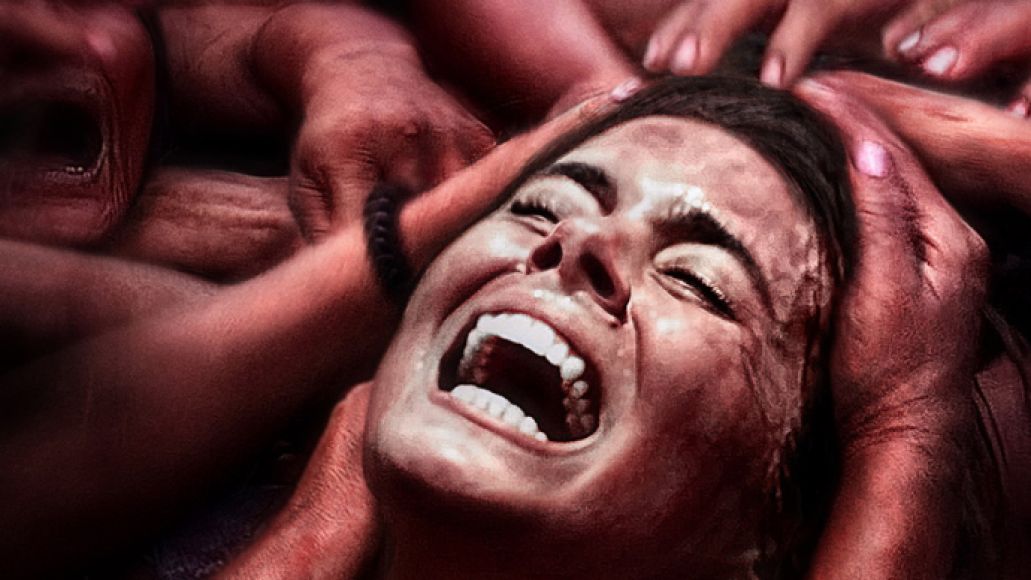 Justin Gerber (JG): I have a complicated, one-sided relationship with Eli Roth, but that boils down to his awful performance in Inglorious Basterds, not his filmmaking technique. I appreciated the style and care he put into the making of Cabin Fever and enjoyed a great deal of the film before it teetered out in the end. Along with Ti West, we’re discovering that the fan boys have become the filmmakers. Roth is clearly influenced by the cabin in the woods cheapies of the ‘80s, with a touch of Last House on the Left (the convenience-store karate kid in Cabin is to who the bumbling cops are in Last House), while West’s affection for old-fashioned ghost stories and haunted-house thrillers are apparent in his last two films.

Dominick, can you believe it’s been 12 years since Cabin Fever? Horror aficionados were counting on Roth to become the next Carpenter or Raimi, but he hasn’t lived up to those lofty expectations. West is our next best bet. The House of the Devil is one of the best horror films of the past decade, and The Innkeepers made for a nice, small ghost story. But where do Roth and West go from here? Both directors seem interested in removing their stories from the suburbs and taking them to other locations. Roth is headed down to the Amazon for The Green Inferno, while West is trekking to a commune for The Sacrament. Fellow writers: How well does horror work for you when the action takes place outside the neighborhoods we’re so familiar with? Is it more frightening to discover terror in your backyard, or terror in an unfamiliar setting?

The State of Horror Films in 2014: A Roundtable Discussion