Richard D. James and his return with an ultra-rare Aphex Twin track was a real event in new music this week, particularly for the ever-expanding world of electronic. Other styles, however, also had marquee names up and at ’em. Iceage brought their share of ambition to punk. Indie pop got charm in the form of Jens Lekman’s “What’s That Perfume That You Wear?”, not to mention two more new songs from the Swede. Lil Herb, Common, and Chance the Rapper lit up hip-hop with an incisive remix of Herb’s “Fight or Flight”, while more illumination in the genre came from Flying Lotus with Kendrick Lamar on the mic (and ultimately it is a hip-hop song). The list, as you might guess, goes on. 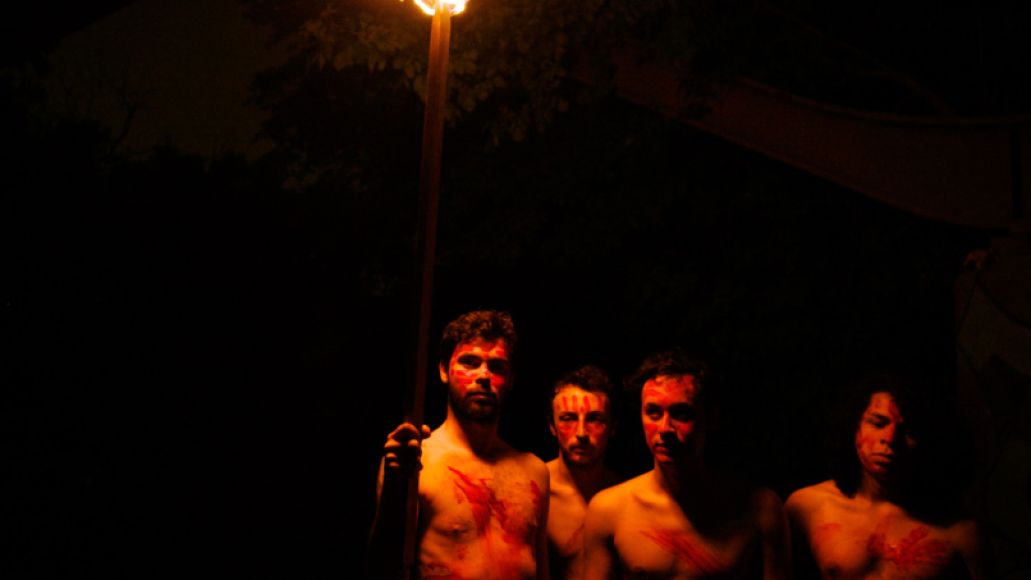 Chicago’s own psych pop quartet YAWN unveiled the third single off their forthcoming sophomore LP, Love Chills (due out September 9th from Old Flame Records) this week. Though it clocks in at just three and a half minutes, “What’s In the World” finds the band navigating melodies complex enough to set them apart from your dollar bin jangle-sparkle outfit. The song shines on its high end, letting easy falsetto harmonies cruise over deceptively simple guitar riffs. Underneath their sunny veneer, YAWN’s lyrics sneak up on you like a poison dart frog; I dare you to find another late summer jam with a hook that lands on the words “choke me till I die.” –Sasha Geffen