In the wake of increased controversy, stemming from the death of an attendee in 2014, Ultra Music Festival has set a new age requirement. According to EDM.com, the Miami-based EDM festival will be an 18-and-over event starting in 2015.

News of the age change was revealed through promotional flyers handed out during this weekend’s Electric Zoo Music Festival in New York City. The flyers also indicated a staunch anti-drug policy: “The safety and security of our attendees, artists/performers, and personnel are our utmost priority and concern. Event organizers maintain a zero tolerance policy respecting the possession, sale, contribution, or use of any illegal or illicit drugs or substances and any such possession, sale, contribution, or use is strictly prohibited.”

Now in its 16th year, Ultra has emerged as the most popular EDM festival in the United States. However, the festival’s most recent installment was overshadowed by a series tragic of tragic events, including the death of a 21-year-old man, who fell ill while attending the festival. His death was later ruled as an overdose.

In addition, a festival security guard was nearly trampled to death after a mob of people broke through a festival gate. Over the entire course of the weekend, 76 festival-goers were arrested, 28 of them for felonies, and 118 others were treated by paramedics.

The incidents nearly led the city of Miami to ban Ultra outright before agreeing to allow the festival to return to Bayfront Park under strict new guidelines.

See a scan of the flyer below. 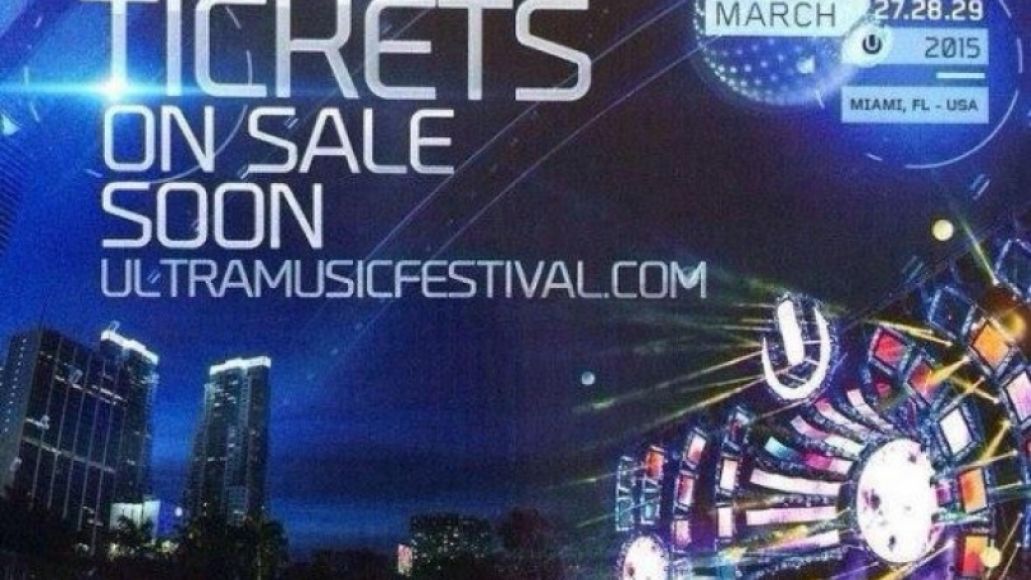