On Saturday, the third annual Beach Goth festival was hosted by a sloshed and occasionally grumpy Pauly Shore. “Are you guys from Venezuela?” asked Shore, in his usual bratty West Hollywood drawl, except he was asking a Mexican mariachi band from West Covina — which was awkward. But when festival founders the Growlers took the stage, with frontman Brooks Nielsen’s face covered in psychedelic mime makeup, the OC crowd seemed possessed, their spirits engulfed in celebration of debauchery, clown-faced drag queens, and a Flying Dutchman carnival ride that was covered in puke and lost iPhones. In others words, Beach Goth was like hanging out with the Growlers on the Venice Beach boardwalk, with zebra piñatas falling from the sky. There was even a wacky Beach Party funhouse, which offered the best view of the main stage, where earlier in the day, Shannon Shaw of the Bay Area’s Shannon and the Clams put on a faux James Hetfield mustache and played punk-sounding covers of Metallica. Guitarist Cody Blanchard dressed more like Cliff Burton than Metallica guitarist Kirk Hammett, because after all, who dresses like Kirk Hammett? 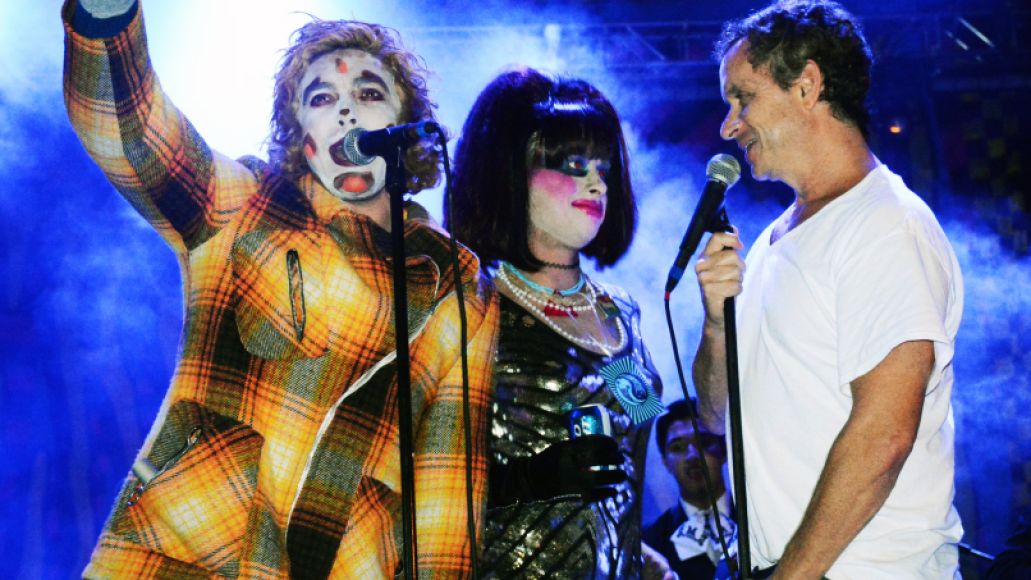 Inside on the Observatory stage, LA punk sisters Bleached roared through a quick set of five songs, dressed like dominatrix police officers. Lead singer Jennifer Clavin had the freaks pogoing to a cover of the Misfits’ “Last Caress”, which might not have happened since Bleached had their set time changed without much notice. Nobody had any idea if they were rescheduled or just absent. So those who saw Bleached were lucky. And the frustration showed, in a good way: Jessie Clavin ripped through chords like she was ready to whip out her billy club and pound someone. Speaking of unexpected lineup changes, Andrew Jackson Jihad surprised everyone by going on instead of Cherry Glazerr — a group of high schoolers who have evolved their sound into something special. Cherry Glazerr played later that night dressed in blood-soaked Kill Bill outfits. All the lineup changes and delays, including a change in GZA’s set time, cemented the unofficial mantra of the evening: throw away your ever-evolving set lists and just get wasted. Still, Bleached and Cherry Glazerr managed to draw big crowds to see them play. And the old-school hip-hop moment of GZA at Beach Goth had everyone bobbing their heads and signing along to “Wu-Tang Clan ain’t nothin’ to fuck with,” which closed out the raw energy of the Genius’ mind-blowing set. 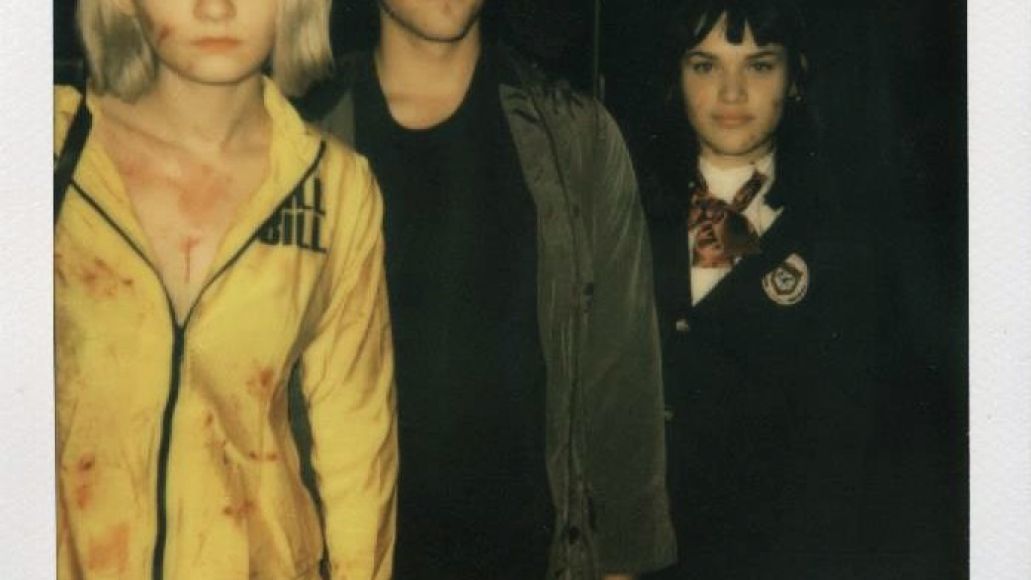 In the Constellation room, a smaller space with cosmic tin foil decor (i.e., if there was fire, everyone would have died), local LA band Corners filled the room with British new wave-inspired, gothic surf rock that was unfamiliar to most, but by the end of their set, they were the band everyone was talking about. Lolipop Records, who released the first Corners cassette tape earlier this month, was there in full order; Mr. Elevator & the Brain Hotel, Mystic Braves, and Kim & the Created were there to represent the Lolipop and Burger family. Beach Goth, like Burgerama, is one of those rare festivals where local labels can showcase their talent to big crowds. Except at Beach Goth, the crowd looks like a traveling carnival of LCD-dropping slackers. It’s like a more haunted and under-the-influence version of Burgerama. Alice Glass, formerly of Crystal Castles, even had a wicked DJ set — a mix of gothic disco with blinking lights that turned Beach Goth into an American Horror Story version of a rave — with less repetitive beats. 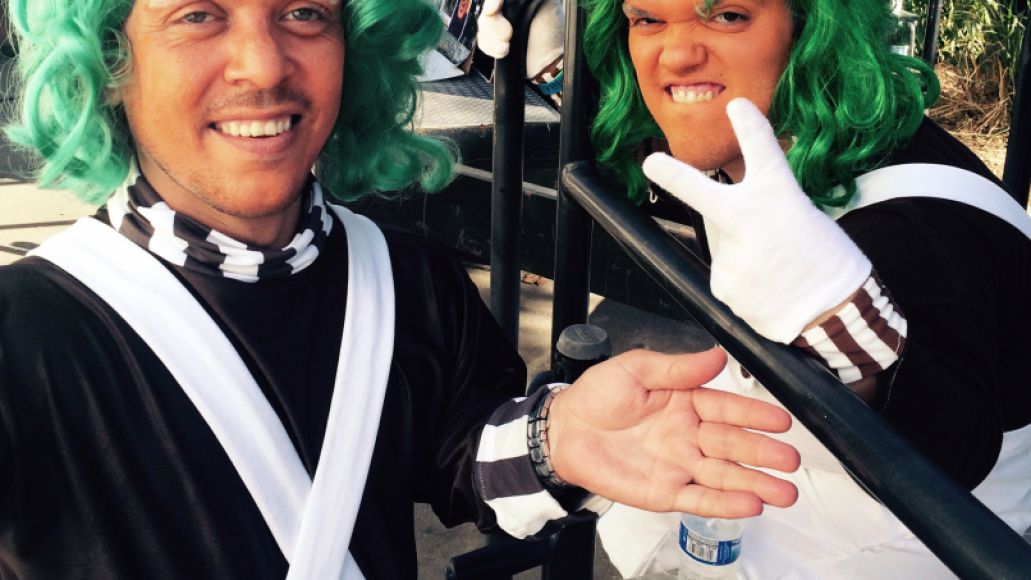 With drunken and tattooed Oompa-Loompas running around backstage, Foxygen’s Sam France being called a “dick” by everyone we talked to, and the Garden doing some strange, tribal blackface thing, Beach Goth was also an epic shit show. But what’d you expect? It’s the Growlers putting on a massive party, inviting all their friends and sycophants, and showcasing the bands (and drugs) they love — so it’s exactly what Beach Goth should be. By the end of the night, following show-stealing sets by Cherry Glazerr, La Femme, and DIIV, the Observatory was littered with empty vials of cocaine and soiled underwear, but also the remnants of an unfettered paradise of underground music and teenage energy.

The photos from the event only tell half the story of what Beach Goth is like every year. It needs to be experienced the way Warren Thomas of the Abigails, who performed on Saturday night, experiences things on a daily basis: wasted, philosophical, covered in tequila, and smoking a joint without any thought of tomorrow. 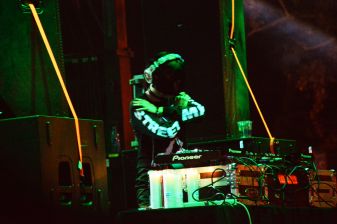 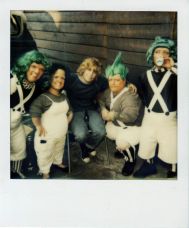 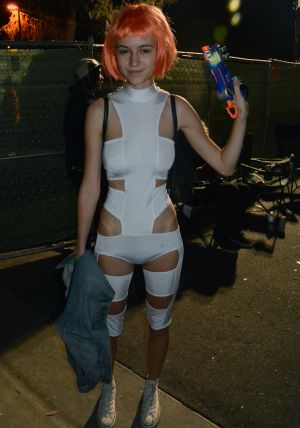 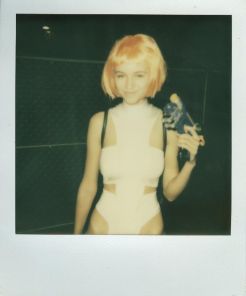 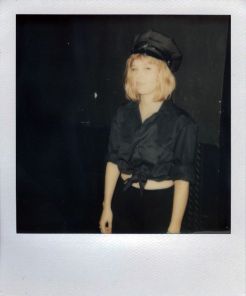 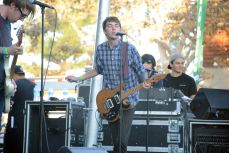 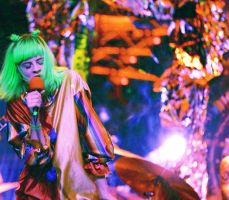 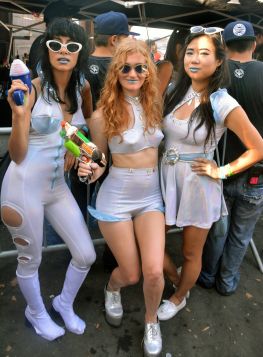 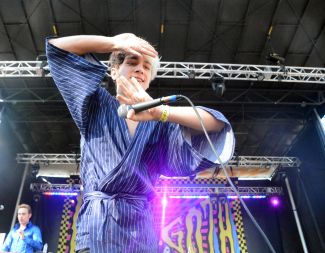 Mr. Elevator and the Brain Hotel // Photo by Samuel Perez 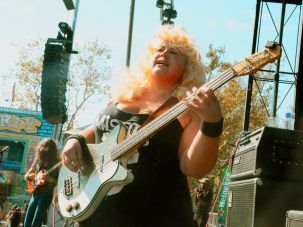 Shannon and the Clams // Photo by Samuel Perez 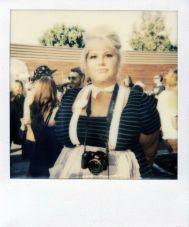 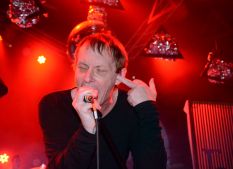 The Dickies // Photo by Samuel Perez 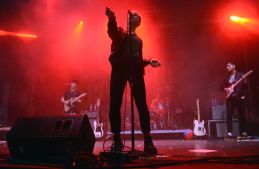 The Drums // Photo by Samuel Perez

The Growlers // Photo by Samuel Perez

The Spits // Photo by Samuel Perez 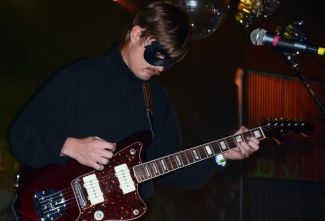