Guardians of the Galaxy is a record-smashing success, both at the box office and at record stores, where its incredible soundtrack has become the first soundtrack consisting of entirely previously released songs to ever top the Billboard 200. A vinyl version of the soundtrack was released just last month, but now screen-print poster company MONDO has announced a special deluxe vinyl edition of the gold-certified Awesome Mix Vol. 1 (via Superherohype).

MONDO’s first-ever screen-printed vinyl release features exclusive cover artwork from Tyler Stout, who has been designing the company’s Marvel-related posters since the first Iron Man. In addition, the 180-gram vinyl will be pressed on Purple Infinity Stone colored vinyl (oh Lord, that’s cool) and will come packaged with one of nine randomly inserted screen-printed handbills depicting different characters from the film.

Priced at $50.00, there is a slight catch to all this galactic goodness: Because each vinyl, jacket, and handbill will be hand-done, the release isn’t expected to ship until early 2015. Still, pre-orders are ongoing, and you can always watch the home version of GOTG (due December 9th in physical formats, November 18th digitally) on loop while you wait. Plus, the DVD/Blu-ray comes with a preview of next summer’s Avengers: Age of Ultron, so extra bonus!

Find the full Guardians of the Galaxy: Awesome Mix Vol. 1 tracklist below, followed by the art for the back of MONDO’s vinyl release and a look at the exclusive Stout-designed handbills. 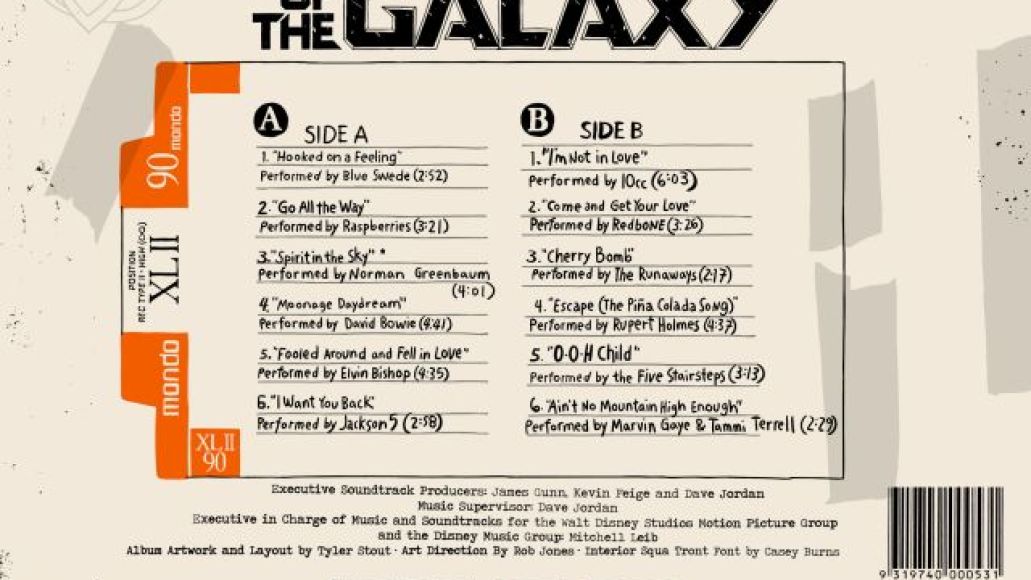 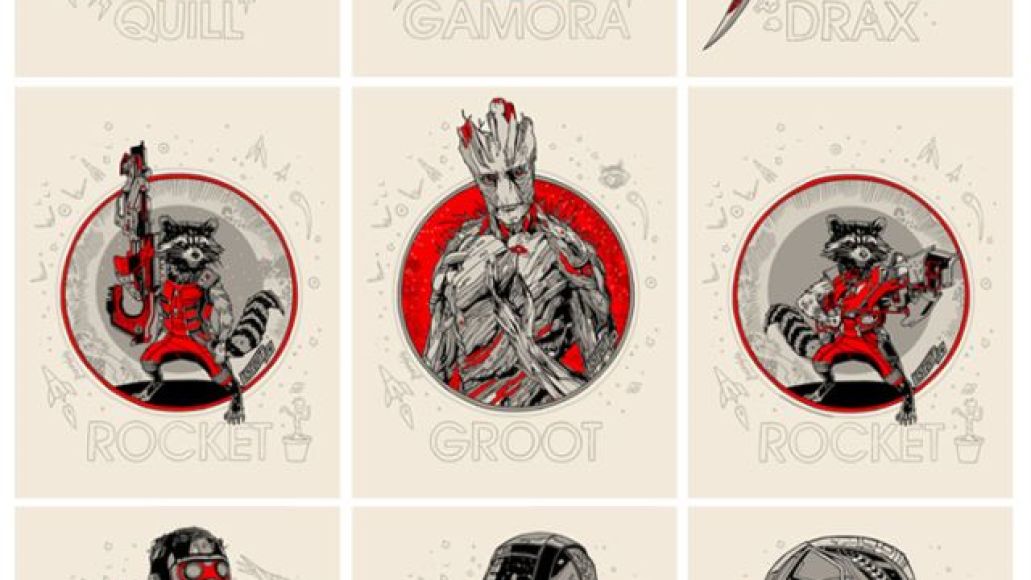