I’ve been a fan of Damien Rice for about a decade but never had a chance to see him live. Hearing from friends and family who’ve attended one of his shows, overwhelmingly the response has been rapturous. Stories of audiences stunned and speechless after witnessing Rice’s gorgeous and heartfelt love songs filled me with excitement, especially considering he hasn’t played an extensive US tour in over seven years. After seeing him for the first time at Chicago’s Athenaeum Theatre last night, I can say without a doubt that the audience was left stunned and speechless. Not just because it was a breathtaking performance, and let’s be honest, it was, but because Rice only played six songs, cutting his set woefully short due to illness. 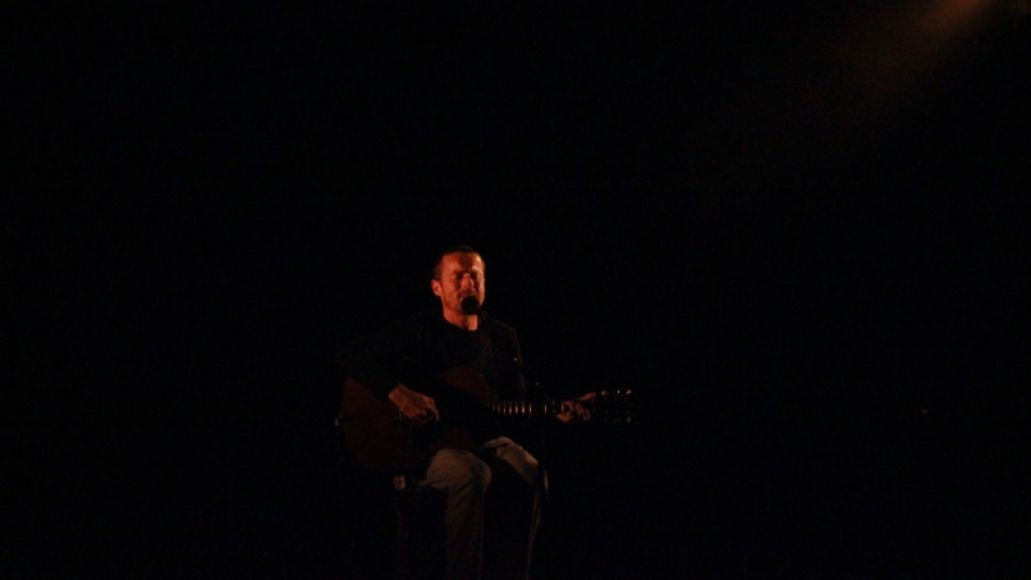 When the Irish balladeer burst onto the scene with 2002’s O, he was met with an overwhelmingly positive commercial reception, soundtracking romantic film and television scenes and coffee shop playlists. And of course, with that came critical sneering and backlash. As a result, Rice’s confessional and occasionally orchestra brand of folk music became sort of a divisive figure despite the eternally pretty music. Too earnest for those preferring some subtlety in their folk music or, on the other hand, a perfect vessel to describe heartbreak and desire for those feeling those big emotions. After releasing his follow-up, 9, which was met with equal parts scorn and praise, he effectively disappeared for eight years, only popping in for the occasional tour or surprise gig.

With almost a decade for his music to age, he’s returned with an upcoming new album and an extensive North American tour. On Monday, the elusive singer-songwriter stopped in Chicago for his third date on his new tour and his first time in the Windy City since 2007, when he played the Civic Opera with a commanding backing symphony. In doing so, without a backing band and playing only a couple songs off his new LP, My Favourite Faded Fantasy, he proved that his music has aged quite well. He sounded great, though from the start he looked especially frail. After gingerly approaching the stage, the beginning of the set went off without a hitch, but the more he played, the more something appeared off.

He opened with My Favourite Faded Fantasy single “I Don’t Want to Change You” before dipping back into his 9 cut “Older Chests”. For those songs, Rice was mesmerizing. He mournfully wailed, oscillating between hushed melancholy and uproarious passion. It’s the kind of stuff Rice is known for, encapsulating intense emotion within honestly rendered folk songs. But during this third song of the night, “Then Go”, the wheels began to come loose. He stopped the song short, saying, “I’m sorry, Chicago. I really wanted to do a concert for you, but I don’t think I can,” explaining that he caught an ear infection while on tour that’s taken away the majority of his hearing and left him feeling ill and disoriented. The crowd, however, wasn’t convinced. One man in the back cheered, “Wing it!”, while another hollered, “It sounds great!” With that, Rice played on, but it was obvious it was becoming more taxing for him by the minute. 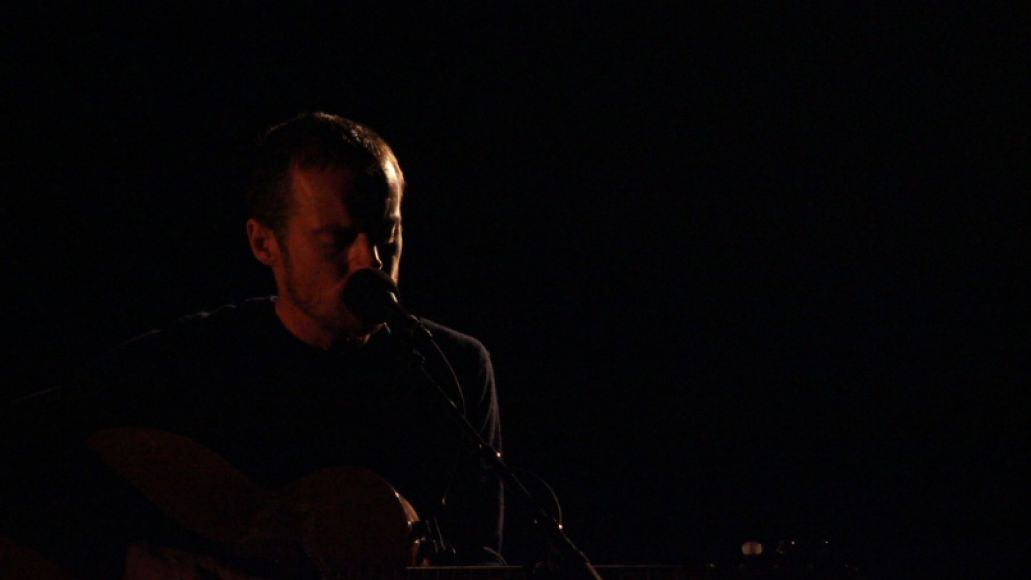 Rice’s next song was “Delicate”, perhaps his most recognizable song behind the other O standout “The Blower’s Daughter”. This rendition was by all accounts flawless, with everyone rapt in attention. Despite the musical perfection, Rice’s body language showed a man overcome by his lingering illness. His legs wobbled even though he was sitting down while his head timidly bowed and recoiled after every applause and loud note. Following that song, Rice began to strum his guitar, finding the right notes, testing his hearing, and figuring out his next number. After a haphazardly plucked intro of what sounded like “Rootless Tree” or “Accidental Babies”, he dipped into “Volcano”. What would be the final song of the night was “The Greatest Bastard”, a recent live staple that will eventually appear on My Favourite Faded Fantasy. Right before the end of the song, he once again cut it short, apologizing and promising a refund, stripping himself of his guitar and walking offstage. Sitting in flabbergasted silence, the crowd didn’t know what to do until the house lights turned on a few minutes later.

Sure, the audience didn’t end up hearing highlights like “The Professor / La Fille Danse” or “The Blower’s Daughter”, but they did see Damien Rice for the first time in at least seven years. Of course, the songwriter wasn’t at the top of his game, but he definitely sounded like he was. As sad as seeing an artist cut a set short due to factors outside their control, Rice’s Chicago concert proves that the musicians we love aren’t just entertainers; they’re also human beings who get sick and are sometimes unable to fully do their jobs. Out of the many times I’ve gotten ill and couldn’t fulfill my duties as someone who has the relatively easy gig of writing about music on the Internet, I realize that those times pale in comparison to the nerve-racking and physically taxing task of performing over a dozen songs in front of hundreds of people, who have insurmountable expectations and a decade-long relationship with your music. It’s a shame for the people who flew in, who drove hundreds of miles to see him, but these things happen. Our favorite musicians are human, get sick, and sometimes can’t meet our heightened expectations. I hope Rice delivers on his promise, refunds the tickets, and schedules a return in the near future. Because, after hearing those six songs, I know that seeing him live is more than a worthwhile experience.

Setlist:
I Don’t Want to Change You
Older Chests
Then Go
Delicate
Volcano
The Greatest Bastard