Welcome to Remake This!, a series where we look at past movies and not only propose they be remade but suggest how to remake them. Whether a movie tanked, had a good concept hidden within a weak film, or we just want to give something another chance, Remake This! is a cinematic “What If?” wish list. In our last installment, we yearned for the return of Remo Williams, and this time, we want to yank a project out of development hell.

Disney and Robert Zemeckis came close to actually remaking Yellow Submarine in 2009. At D23, Disney’s big fan expo, the studio came out with Apple Corps Ltd. to officially announce the reinvention. They had a logo and everything: “The Beatles Yellow Submarine Disney Digital 3D.” Zemeckis was all ready for it to be the follow-up to his hyped A Christmas Carol remake coming later that year. Zemeckis had a script, a cast, and licensing for the music. He was going to use the motion-capture style and technology he’d been playing with over the last decade.

And that, right there, was what would ultimately sink Yellow Submarine.

The Polar Express was a perfectly good family film maligned by the fact that its technology gave audiences the willies. It offered dead eyes, smooth skin, jerky movements, all despite the fact that human performances were being recorded and re-articulated digitally in Zemeckis’ new process. Zemeckis may have had his gift of staging on display, what with the technology’s ability to approach film at impossible, wild camera angles, but the humans were still weird-looking. Suddenly, audiences were aware of the “uncanny valley.” 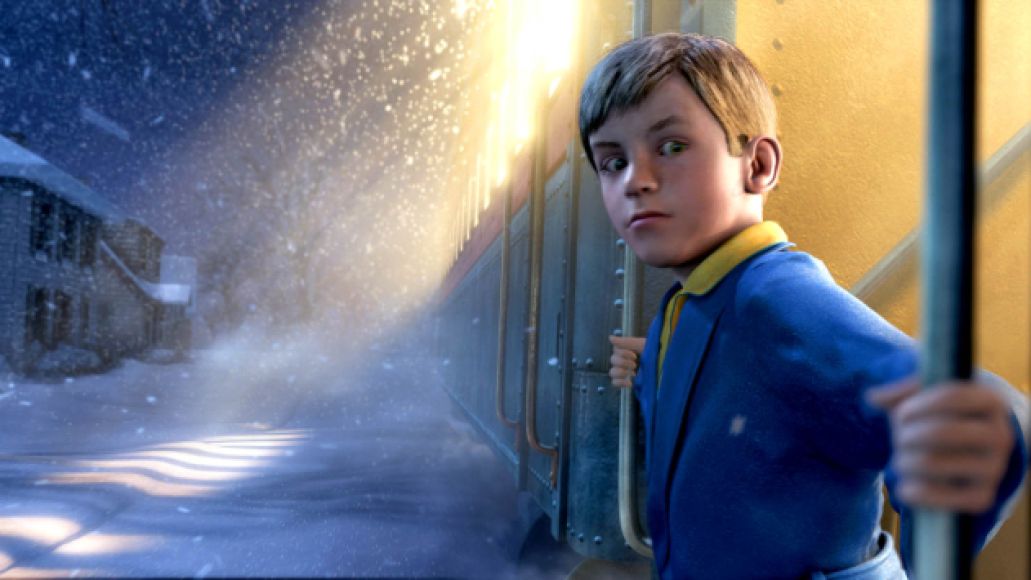 Zemeckis stayed the course, though, certain he needed to perfect his tech. He made a macho Beowulf, followed by a gothic Christmas Carol. Both were creatively enjoyable adaptations, but the inhuman-looking humans drove most conversations. Zemeckis’ three films were extremely costly (Express a mild hit, Beowulf and Carol underperformers), and they ruined a lot of his goodwill with studios. After his mo-cap company Imagemovers’ Mars Needs Moms tanked spectacularly (a $39 million gross on a $150 million budget), Disney shut down production on Yellow Submarine, and Zemeckis’ mo-cap vision.

So what’s the lesson to be learned if you’re going to remake The Beatles’ classic? No mo-cap.

The prospect of remaking Yellow Submarine might seem sacrilegious to many. For Beatlemaniacs, it’s perfectly psychedelic pop entertainment with a soundtrack for the ages. For lay audiences, it’s a cult classic with Blue Meanies, seas of time and holes and monsters, and a pretty easy message about love and how it’s all you need. It’s a grand realization of The Beatles’ sounds and sensations, by way of Milton Glaser prints. But Yellow Submarine is probably ready to be remade. 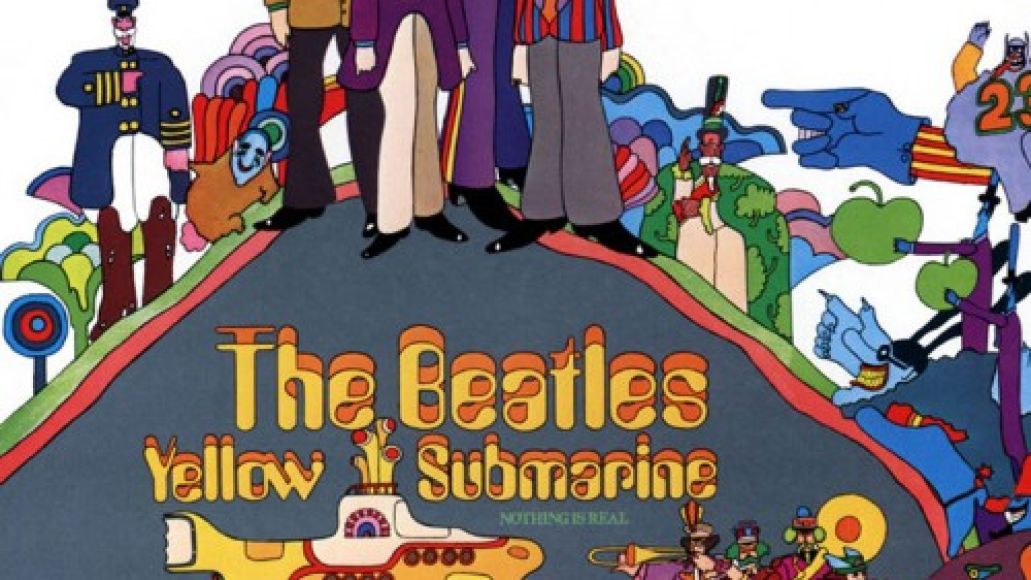 Yes, there are numerous things The Beatles did that are eternally perfect. For example: 90% of their albums. A Hard Day’s Night should never ever be touched, either. Help! just wouldn’t work as a remake — too many casting questions. But Yellow Submarine, that could be re-done. In 3D, with a big stereophonic soundtrack, immersive and crazy imagery, and a real script this time. That’s almost worth the $20 for IMAX 3D.

The story, for those who’ve yet to take a trip on the Submarine? The Fab Four travel to Pepperland on a rescue mission in the infamous floating submersible of the title. Pepperland’s protectors, The Sgt. Pepper’s Lonely Hearts Club Band, are attacked and frozen by Blue Meanies, black-masked baddies looking to bring doom and gloom to the land. So the Beatles must save Pepperland with their powers of peace and love. Along the way they experience freaky things like punching bag-headed monsters, Snapping-Turtle Turks, evil flying gloves, and rapid-aging time warps. The four are barely characterized beyond their names. In the end, the film feels like a brightly colored montage set to Beatles tunes, which is totally awesome!

The movie itself looks a little shabby, though. “Lucy in the Sky with Diamonds” is a wonderful track – *cough* about LSD – that’s set to carnivalesque images of flappers girls dancing like they’re in a Toulouse-Lautrec image. It’s neat, but really thrifty-looking after 45 years. The writing’s bizarre (a great thing), but nowhere near as clever as the other Beatles movies. And the audio doesn’t always sync so well with the image. Spontaneity was key to ‘60s cinema, but Yellow Submarine accidentally looks slapdash because of that mindset. The movie’s bright, happy, and still innovative, but weathered-looking and a little shallow. Calling a collage cartoon shallow might be unfair, but consider the pros of a remake. 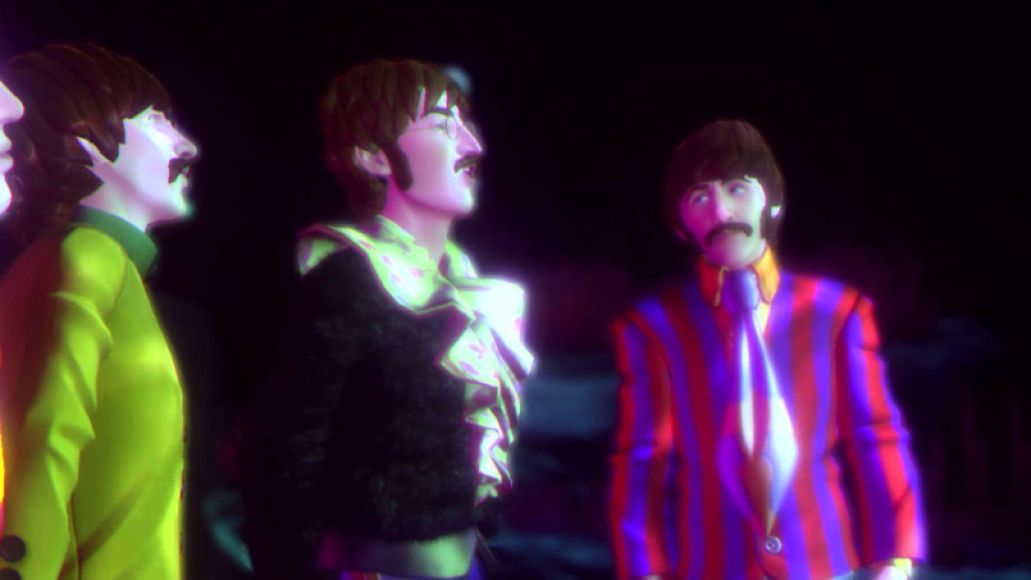 Yellow Submarine deserves a 3D expansion pack with a modern graphic design sensibility. What does that mean? Yellow Submarine captured print and graphical tropes of the ‘60s in a clever way. Bring on a design group (Prologue comes to mind, Kyle Cooper’s design outlet, or Imaginary Forces too – what’s in Juxtapoz magazine lately?), and use the most state-of-the-art design techniques and sensibilities in homage to far-out, groovy imagery. Don’t make it look like some Soho stage production about the ‘60s, like the naïve Across the Universe. Make this remake specific to Yellow Submarine’s wonderfully colorful feelings. It would look stellar in 3D.

Yellow Submarine expressed a lot of the positive ideals of the 1960s and represented love and music’s ability to conquer evil and hate. Yes, it’s incredibly simple-minded in that sense, but it’s a nice theme for a movie to have. Maybe a pure-blooded, big-hearted adventure about stopping evil with some neat, eye-popping stops along the way could catch on with audiences. The Beatles could be old-fashioned heroes for a cynical age. The Blue Meanies could stand for the record companies and bland music of the time. And keep Jeremy, the little nutball, as the spirit of creativity and innovation. 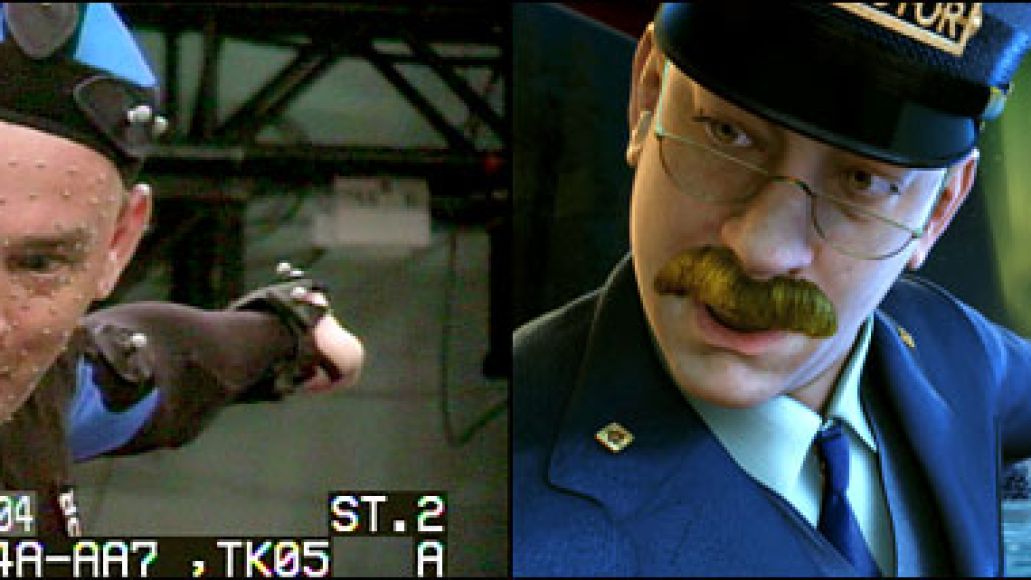 Lastly, and most importantly – DO NOT MAKE THIS WITH MOTION CAPTURE TECHNOLOGY. It’s just off-putting. There’s an easier, better, more impressive angle for re-doing Yellow Submarine: have Pixar produce it. They’re the best name in town for crisp computer animation and daring narratives combined (ignore the last four years). As popular entertainers and illustrators, they make the most attractive-looking movies in theaters right now. The studio is full of modern innovators in animation, and in that spirit, Pixar would be up to the task of spiritually boarding the Yellow Submarine.

The pitch on this is simple. In an age where every movie’s summary (remakes particularly) has either “dark” or “gritty” in it, maybe we could use The Beatles right now. Maybe it’s time for a helpful reminder that love is all we need, in a way where we don’t roll our eyes. Treat this like a 50th anniversary celebration for The Beatles, and beef up the soundtrack (imagine a happy ending sequence for “Here Comes the Sun” or new characters based on “The Fool on the Hill” or “The Egg Man”). Weeping guitars for George, an Octopus’ Garden for Ringo … maybe a scene with a grand visual symphony for “A Day in the Life!” The sky’s the limit, and the Beatles catalogue is so very deep.

We’ll worry about budgeting and licensing the movie later. In the meantime, let’s renovate this Submarine. 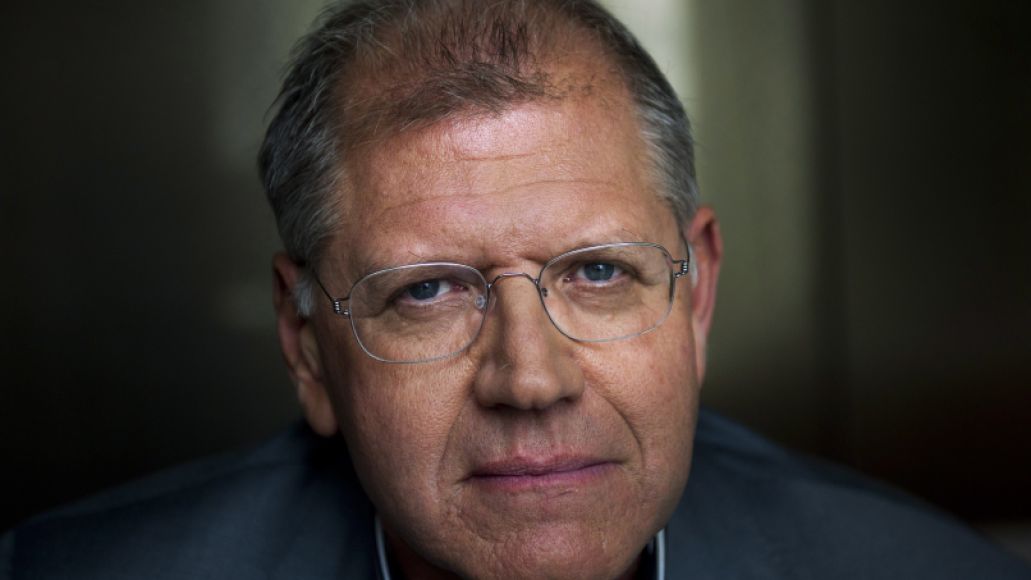 Zemeckis was perfect, and if he’s still interested and available, he should absolutely take on updating Yellow Submarine. Zemeckis has proven himself a gifted commercial visualist over the last 30 years, what with his wit and humanity. He’s a technician with a heart. Say what you will about alien-looking effects in his mo-cap experiments, but the guy still had a knack for creative camera work and inventive effects. Although … Zemeckis did make a Beatles love letter already with 1978’s I Wanna Hold Your Hand, an incredibly unfunny period comedy. But that was 27-year-old Zemeckis, not Back to the Future and beyond Zemeckis.

Still, if he’s out, consider Brad Bird, Peter Docter, or even Andrew Stanton, proven aesthetes and storytellers born from Pixar. 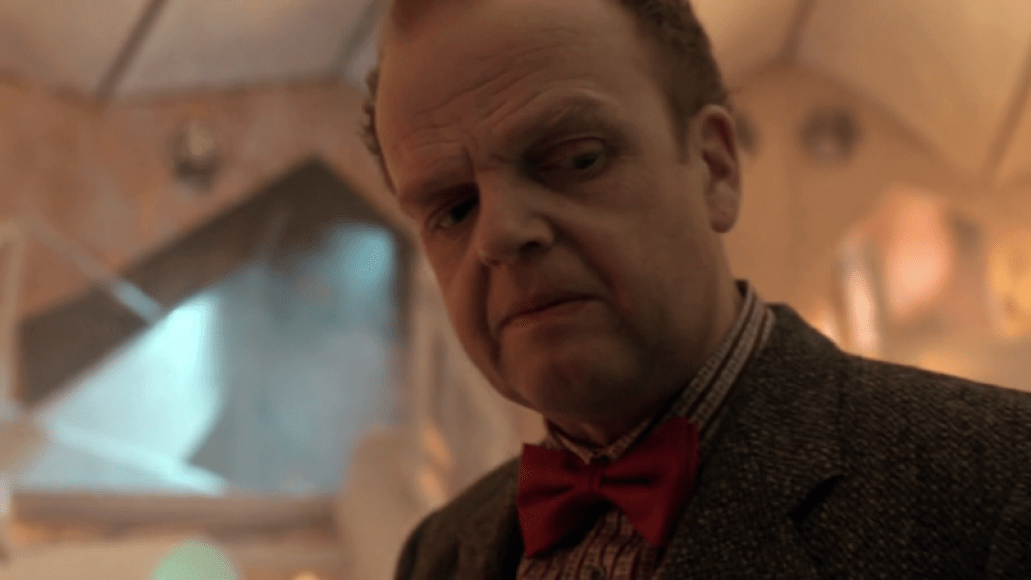 Admittedly, it doesn’t matter who stars in this. Just be kind to each Beatles member’s distinct voice. Just make sure the casting feels like actual performances and not impersonations of the Beatles.

However, and this sticks out – Toby Jones (Captain America, The Hunger Games), would make an incredible Jeremy, with his high British voice and eager tone. Also, and this is just thinking out loud – use Ben Kingsley or Mark Strong and their distinctly villainous British accents as Blue Meanies. Kingsley as the new Blue Meanie in his Sexy Beast voice would be hilarious. 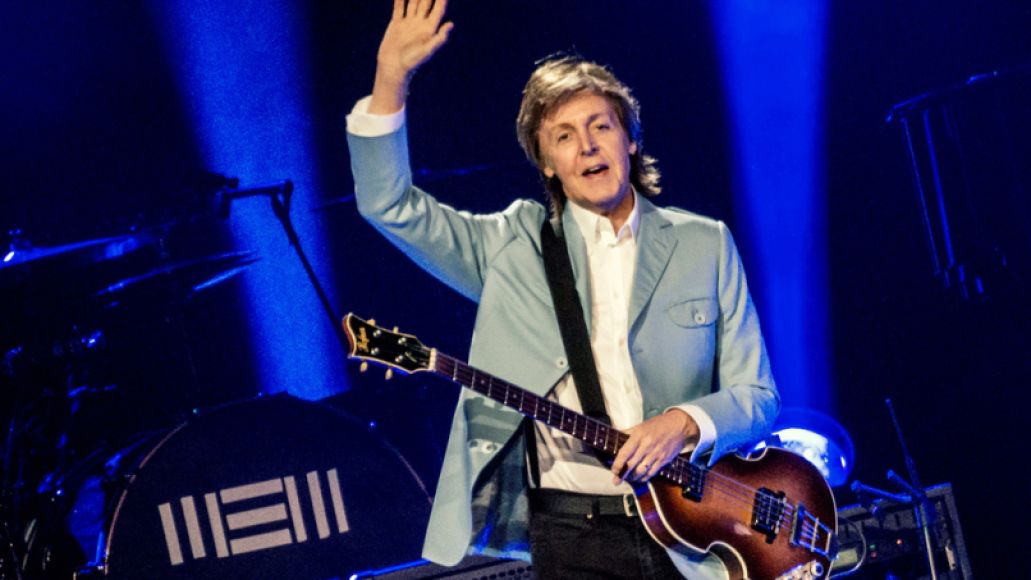 Wouldn’t it be cool if Paul McCartney and Ringo Starr and even George Martin could work together on scoring this? Instead of including them as glorified cameos, get the living Beatles members involved in the production. These guys have already proven themselves as talented musicians, so why not get them to score and supervise music?