How does a person’s intelligence relate to the type of music they listen to? For the last several years, a software application writer by the name of Virgil Griffith has charted musical tastes based on the average SAT scores of various college institutions. For example, students attending the California Institute of Technology have an average SAT score of 1520. By looking at Facebook to determine the most popular (or — “liked”) band of students at Cal Tech, Griffith was able to conclude that Radiohead really truly is music for smart people. A highly scientific study, I know.

As Digital Inspiration points out, Griffith’s chart reveals Sufjan Stevens, Bob Dylan, The Shins, and — uh — Counting Crows as other favorite bands of smart people. Meanwhile, Lil Wayne, Beyoncé, The Used, and gospel music comes in at the lower end of the spectrum — or, as Griffith puts it, is music for dumb people.

Among other interesting revelations from the Griffith’s chart: Smart people prefer John Mayer over Pink Floyd; rock titans like Tool, System of a Down, and Pearl Jam fall right in the middle — so, music for average people?; and people still listen to Switchfoot.

See the full result of Griffith’s findings below. Ed. Note: This chart actually dates back to 2009, but the below graphic is new. 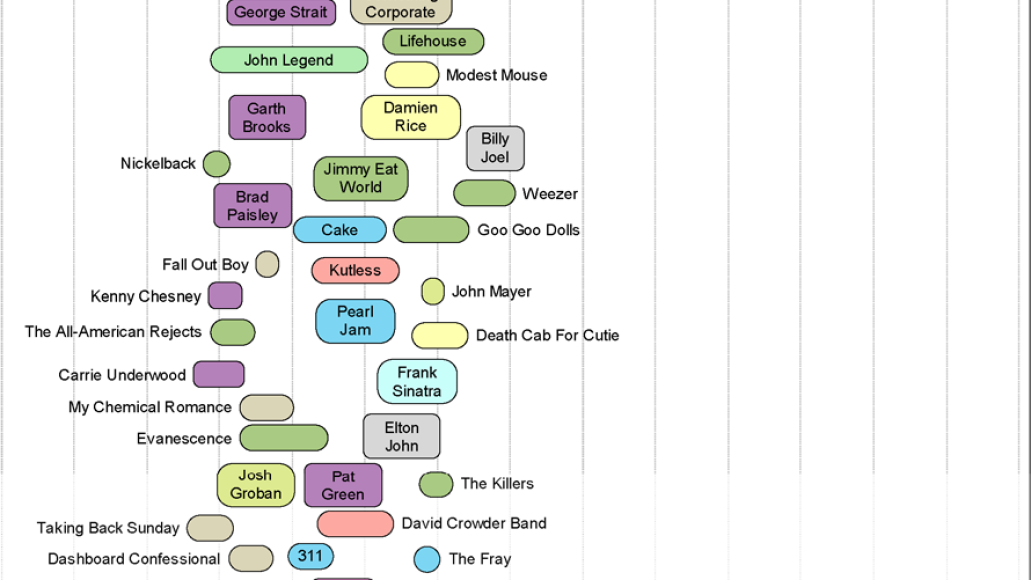