Michael Roffman (MR): Earlier this month, word leaked that Live Nation Entertainment “is in advanced talks to buy a majority stake” in C3 Presents, the promoter behind Lollapalooza, Austin City Limits, and several other music festivals. Naturally, this sale would have an incredible impact on the festival circuit, namely two of the Big Four festivals. By taking a closer look, what do you think its impact will be? Many of our readers joked about seeing Pitbull, Lady Antebellum, or Bruno Mars as headliners, but really, is that a stretch? Will the changes, if any, affect the general population?

Dan Bogosian (DB): I don’t think it’ll be quite as strange as Lady Antebellum headlining Lollapalooza, but it’s certainly going to make an impact. Over the past few years, the well of viable headliners seems to have run dry (Outkast headlines everywhere in 2014, Red Hot Chili Peppers command the first name on a poster almost every other year, etc); by taking out one more creative mind and enabling the super-conglomerate that is Live Nation to have more pull, what good is really happening? I’m more worried about how this hurts small tours and lower-level bands (“No, you can’t play Chicago. Lollapalooza or bust. Love, Live Nation.”), but this will definitely affect music fans and not in a good way. 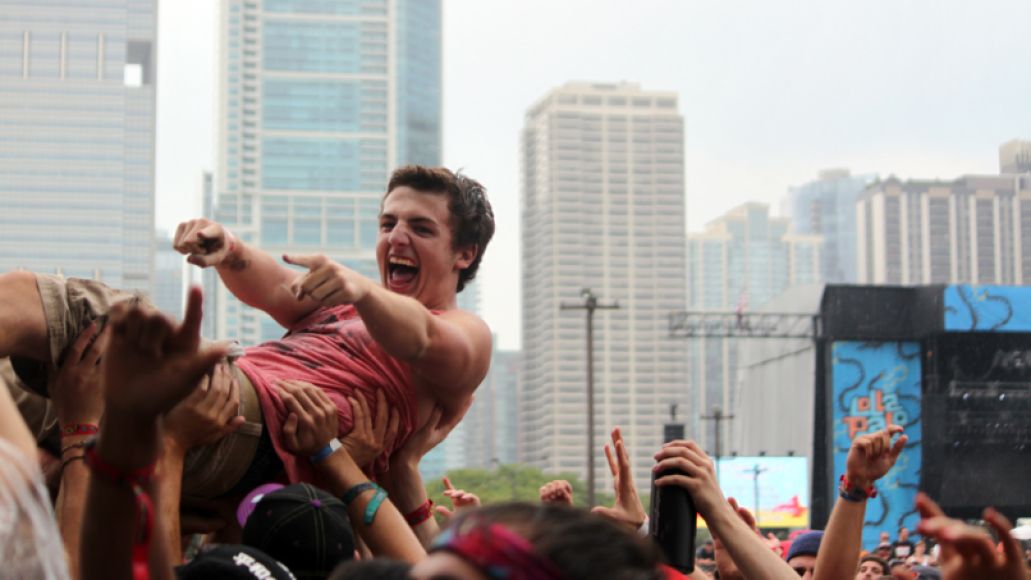 Philip Cosores (PC): Maybe I’m naive, but I really don’t think it will change much for the music fan. Lolla has already had Lady Gaga as a headliner, so we are lying to ourselves if we think Pitbull is a big jump from that. Do we really think Live Nation is unaware of a hip band or doesn’t have music industry experts in office? I actually know the people who work there in LA, and they are pretty cool. So yeah, I’m gonna say it will be the same festival, with pricier t-shirts and water.

MR: Well, that was a fun debate. [Laughs.] While I also don’t think we’ll be seeing Pitbull or Lady Antebellum, I wouldn’t be surprised if there’s a stronger focus on more established fare. But really, that’s already happened in years past, what with the injection of EDM at ACL and Lollapalooza, so you’re probably right, Philip, in that there won’t be too much of a change that we haven’t already seen happening. But what concerns me is that this purchase also further pushes Live Nation into the festival market, which, at least to me, has always been a counterpoint to attending overpriced concerts and dealing with nightmare ticketing charges and yada, yada, yada. While tickets have been sky high for both of C3’s major festivals, and also ridiculously hard to grab, I only see that situation worsening with this sale. 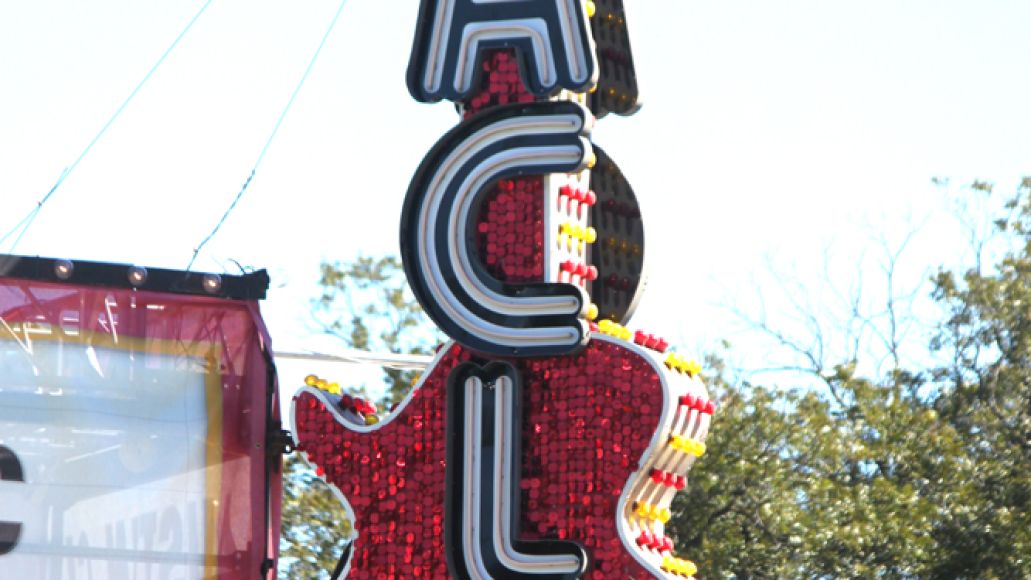 Nina Corcoran (NC): Live Nation sticking its nose into these festivals is really just giving us a bully to blame. Lollapalooza gets more “mainstream” every year with headliners who dominate the iPods (RIP) of casual music listeners (for now, we can define this as someone who goes to three shows a year and only checks music blogs when someone sends them a link). From The Black Keys (2012) to The Killers (2013) to Calvin Harris (2014), it’s a festival that boasts entertaining but easy-to-see-elsewhere headliners.

With Live Nation hopping along for the ride, and possibly getting too aggressive with the steering wheel, I can’t help but imagine the backseat view will look pretty much the same, except for the price tags — and far too many people won’t see those price tags as abominable. Casual music fans are used to ordering single-show tickets through Live Nation, paying $20+ fees, and watching the show via a pixelated screen since their seats are miles away from the stage. If people aren’t comparing ticket stubs, will Live Nation’s ridiculous fee increases keep attendance numbers down when attendees are used to paying that music for individual concerts anyway?

Derek Staples (DS): I imagine that any price increase would be spun as a way to “improve the overall experience.” Thus playing up the new #FOMO phenomenon that keeps revelers showing up to see the same headliners festival after festival. And the more activations that Live Nation can squeeze into Grant Park, across Zilker Park, and the numerous other international C3 events, the more real estate for brand partners and sponsors to pitch new goods. While this will be a massive benefit for the bottom line of Live Nation and its family of brands, who must answer to shareholders, it certainly restricts these festivals from taking risks while curating lineups. 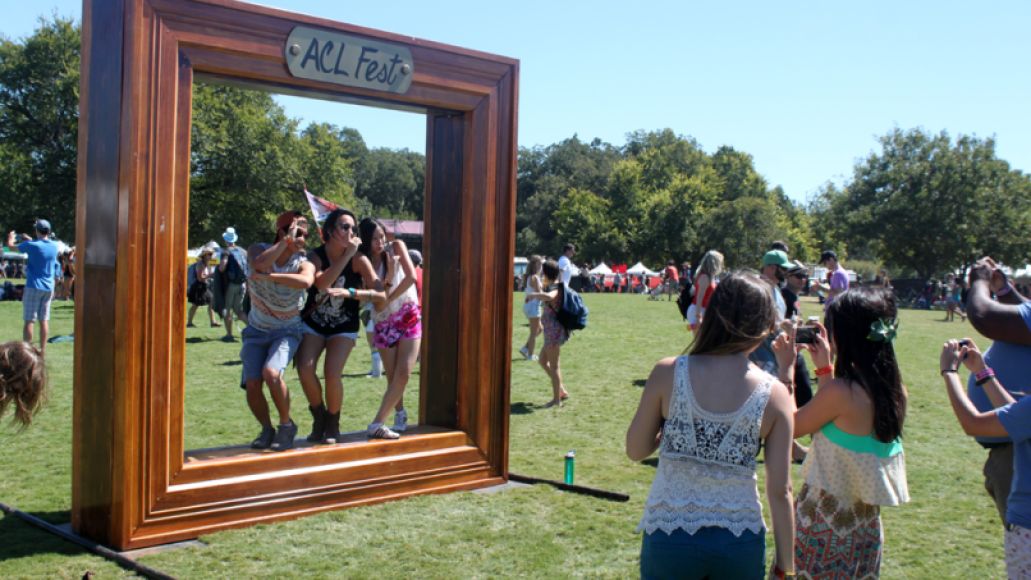 As discussed earlier, this might not affect the bills of the major festivals, but it could lead to significant changes in the overall culture of a niche festival like Wanderlust. As these events clear out the checking accounts of all the fans, I really do fear for the niche festivals that are trying to compete in a market place now dominated by Live Nation, AEG, and SFX. Lacking competitive marketing budgets and the ability to snag top-tier talent, this purchase could be the death knell for those promoters who truly put the time and effort into incubating new, inspiring artists.

DB: It’s more than just the marketing budgets and the potential death of smaller promoters to me. Live Nation handles most of their tours as packages, so you don’t get a one-off date in Philadelphia; you get Live Nation in Boston, Hartford, New York City, Philadelphia, Pittsburgh, and so forth. I fear this makes Lollapalooza the Chicago summer one-off, sort of how you aren’t going to find a lot of bands playing Austin in February or April because of South by Southwest. It seems like a bad thing for anyone who is interested in bands that play $20-40 shows and not $75 shows, and that’s me.

PC: But isn’t that already true? Isn’t it Lolla or P4K, or “they played last year?”

NC: Exactly. A lot of these fears are pretty much present facts. Live Nation stepping in just makes it easier for us to focus our blame. One of the few worries mentioned that hasn’t happened yet is Derek’s point about niche festivals. That’s where the most change will occur. Watching Wanderlust’s curators struggle to put out a finely crafted lineup that brings in the money thanks to Live Nation’s rules would be sad. Focused entertainment has an audience, and they’re willing to pay. It’s just a matter of the dates and distance lining up with their lifestyle. Maybe Wanderlust and Counterpoint will have to follow in Moogfest’s footsteps and go bi-annual. Is that bad, though? Are we being spoiled with the abundance of annual festivals? Live Nation’s chomping jaws could be a little more charming if that’s the case. 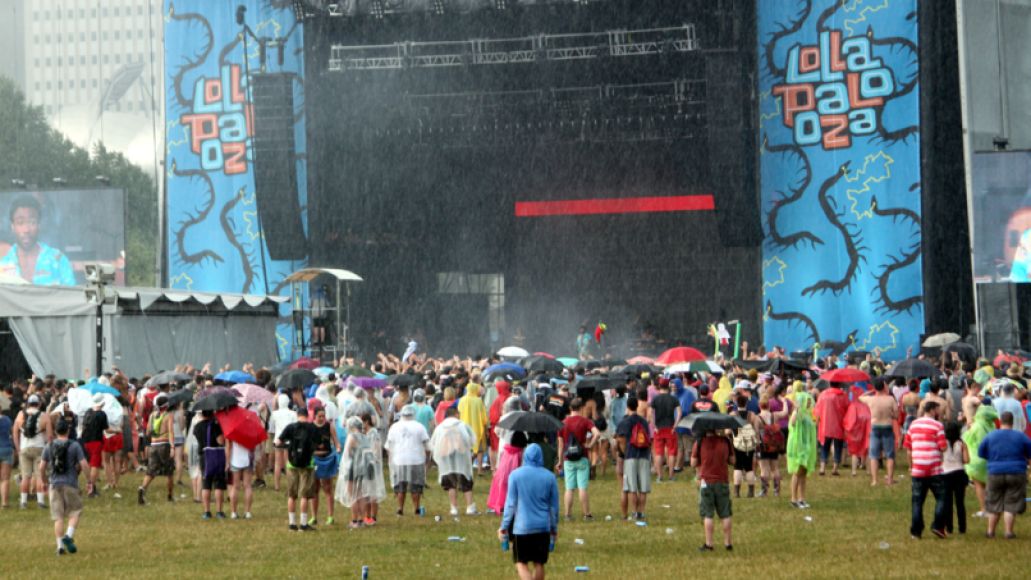 MR: That’s a bigger question altogether and one that doesn’t necessarily fall on Live Nation. Over the year, we’ve discussed at great lengths in this column the value of EDM, the risks of certain headliners, and the saturated festival market. With regards to the niche festivals, they’re always going to be skating under the chopping block, simply because that’s their nature — they exist on the fringe. Festivals need to gather tens of thousands of people to prove not only successful but sustainable. So, in that avenue, I don’t think Live Nation is at all to blame.

I guess what terrifies me about Live Nation’s takeover is something that doesn’t actually affect anyone else: behind-the-scenes work. As an editor, I’ve worked long and hard in keeping certain contacts within each festival, and there are certain agreements each year that have been in rotation for a long time. My concern, then, is that with Live Nation stepping in, I wonder if those are at risk. In other words, will our own coverage be affected? Will we still be able to retain the level of access we get to artists? The number of passes for writers and photographers?

It’s likely that will all stay the same, but who knows. Again, it’s not something that affects the general festivalgoing population, but from an editorial standpoint … absolutely. I guess my last question would be: What constitutes as a monopoly anymore? 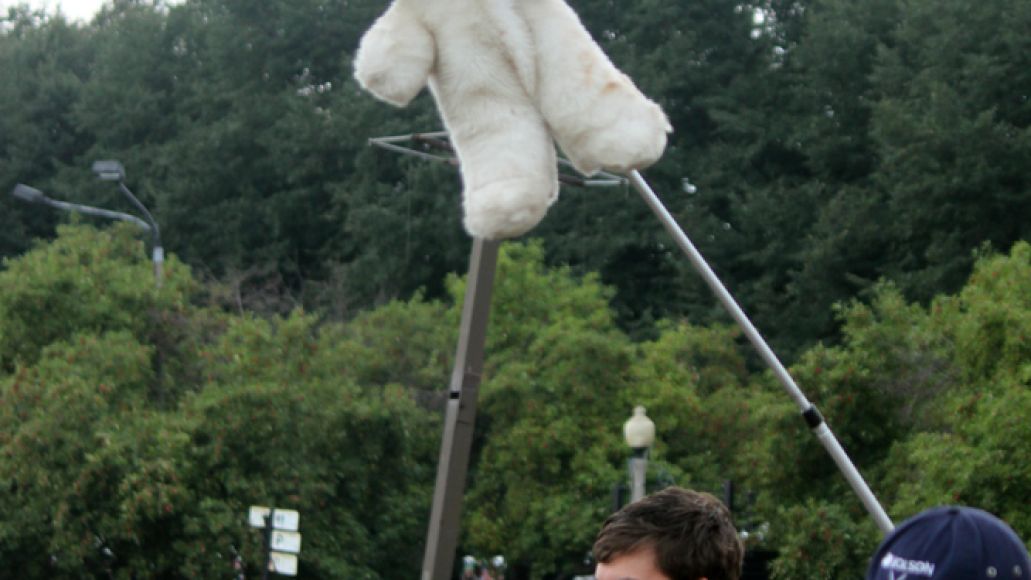 DS: Certainly a point I hadn’t considered, Mike. Now I am fearful that Live Nation will institute obligatory coverage of their talent roster just so outlets can be considered for credentials for their top-tier events. Such parameters could certainly lead to a vertical monopoly, with Live Nation dabbling in artist management, event production, ticketing, and, subsequently, how that content is disseminated across mass media and the blogosphere. With so many publications clamoring to cover these fests and bring in the digital traffic they promise, this could very well impact coverage plans for the negative.

And as discussed earlier, by controlling two of the four major American music festivals and dictating proximity clauses, they definitely have the power to raise prices across their events — the very definition of a horizontal monopoly. Then again, it seems most of the major festivals have been colluding on tickets prices for years. To play devil’s advocate for a moment, with the media industry already dominated by a handful of major enterprises, maybe integrating into a monopolistic structure is the only way for the remaining players to survive. Not even implying all positive, but is it possible the likes of Clear Channel have kept a few stations open and DJs employed?

NC: That’s an excellent point and brings more attention to the extremity and scope of behind-the-scenes work at festivals. With PR firms in general already having such a massive roll in deciding which acts get buzz prior to events even occurring, the possible parameters Live Nation could put in place for festival coverage can increase that conformity even more. It’s almost like places like Clear Channel are a necessary evil. Some of the sweet spots get taken down, but ultimately the indie stations, and in this case the small charms of festivals, get to live on thanks to a bigger parental company swooping in to support them. 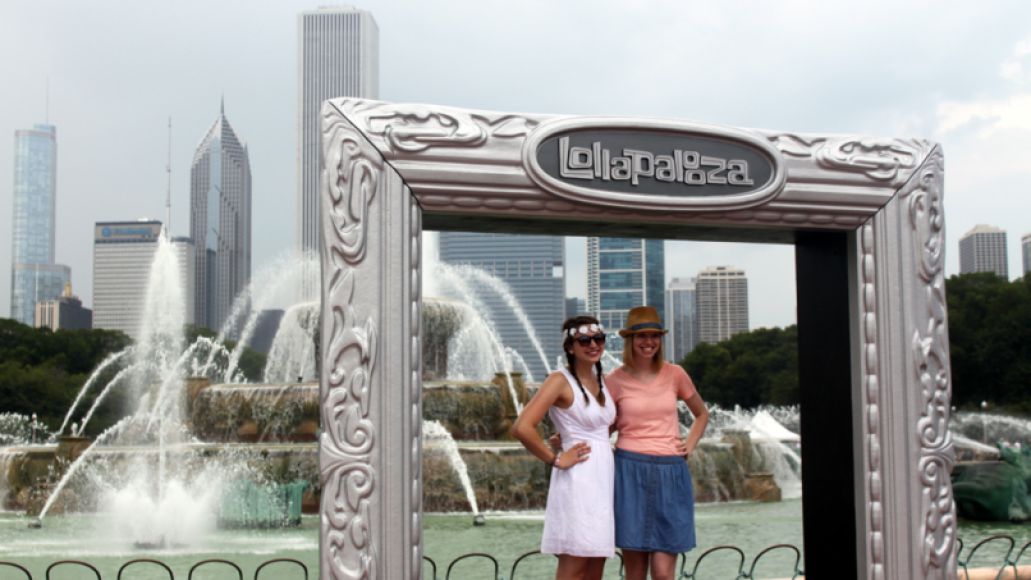 Sub Pop leans on Warner Music; Interscope leans on Universal; 4AD leans on Beggars. If Live Nation does buy a majority stake in C3 Presents, I imagine Lollapalooza, Austin City Limits, and their other festivals will get a thorough cleaning. Yeah, ticket prices will likely go up, acts will get a bit more commercial, and coverage may be altered, but I can’t help but picture it making the festival run smoother overall — and that’s something fans, press, and acts can agree adds for a little less stress in the inevitable chaos of festivals.

The Big C3 Sale: What does Live Nation's purchase mean for the future of festivals?