David Bowie will release a new two-song single as part of a new career-spanning compilation entitled Nothing Has Changed. Already we’ve heard the single’s A-side, “Sue (Or In A Season Of Crime)”. The B-Side, “Tis a Pity She Was a Whore”, was premiered this morning on BBC Radio 6. Listen to a radio rip below.

According to Bowie’s Facebook page, “Tis a Pity She Was a Whore” “acknowledges the shocking rawness of the First World War,” and is described by Bowie as, “If Vorticists wrote Rock Music it might have sounded like this.” The song is named after a John Ford play from the 1600s.

Nothing Has Changed is due out on November 18th and features new and unreleased music alongside a bevy of other material from his 50-year career. “Sue” and “Tis A Pity She’s A Whore” will also be available digitally on the same day, and as a limited-edition 10-inch on Record Store Day’s Black Friday (November 28th). 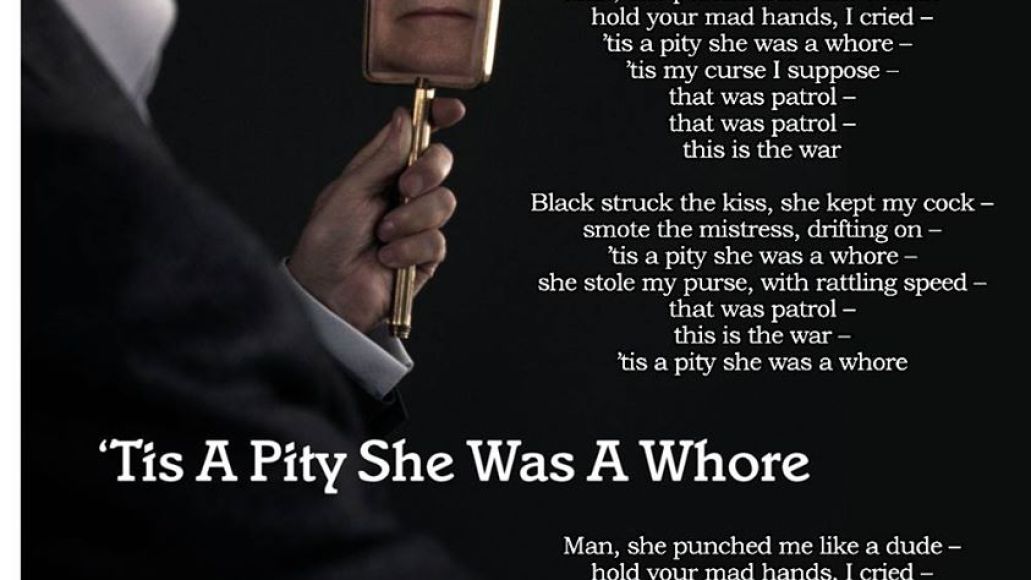